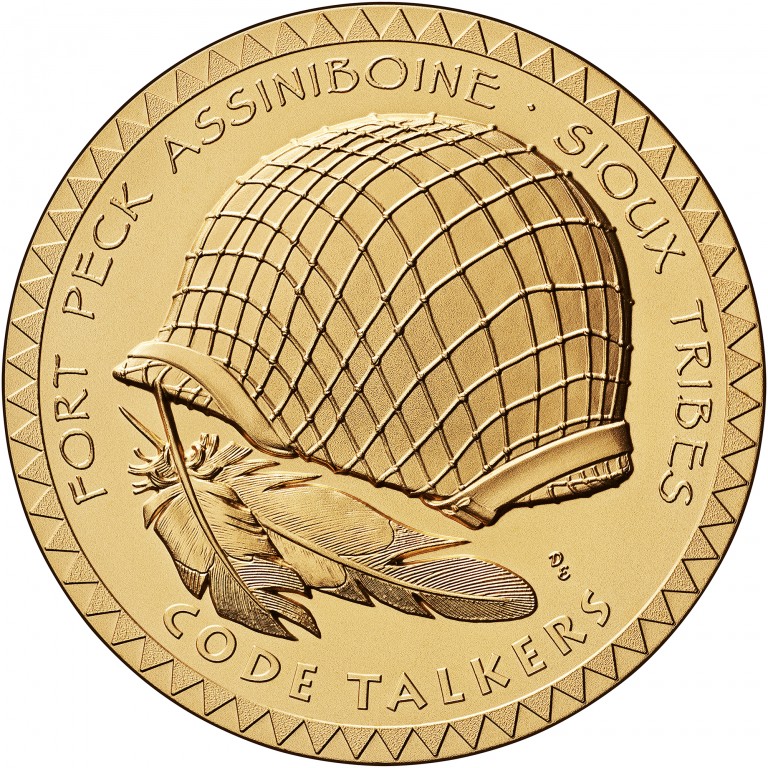 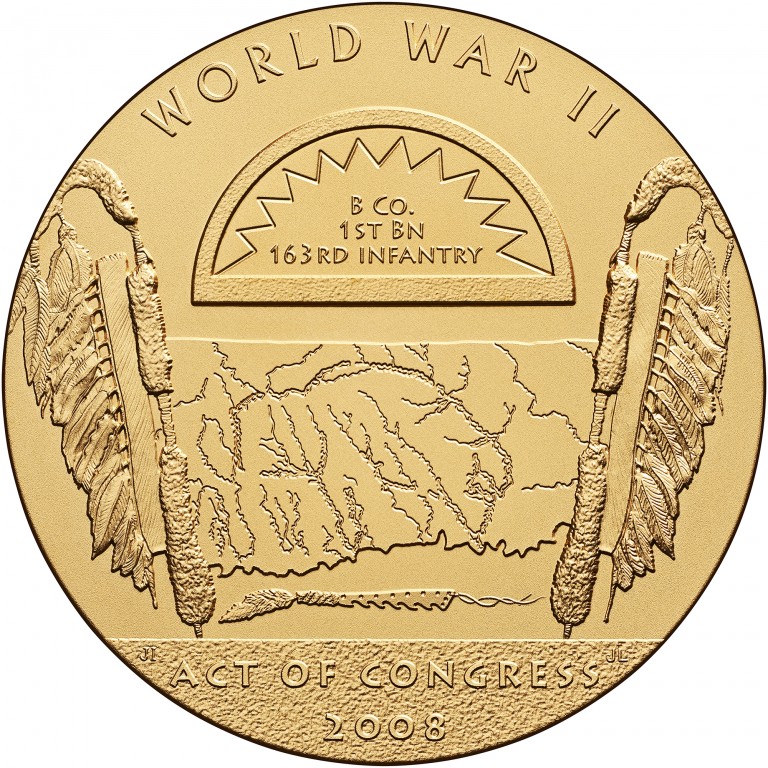 The reverse design features the outline of the Fort Peck Indian Reservation (a buffalo outlined by rivers and creeks), two eagle staffs, a Plains Indian dance whip and the 41st Infantry Division patch.