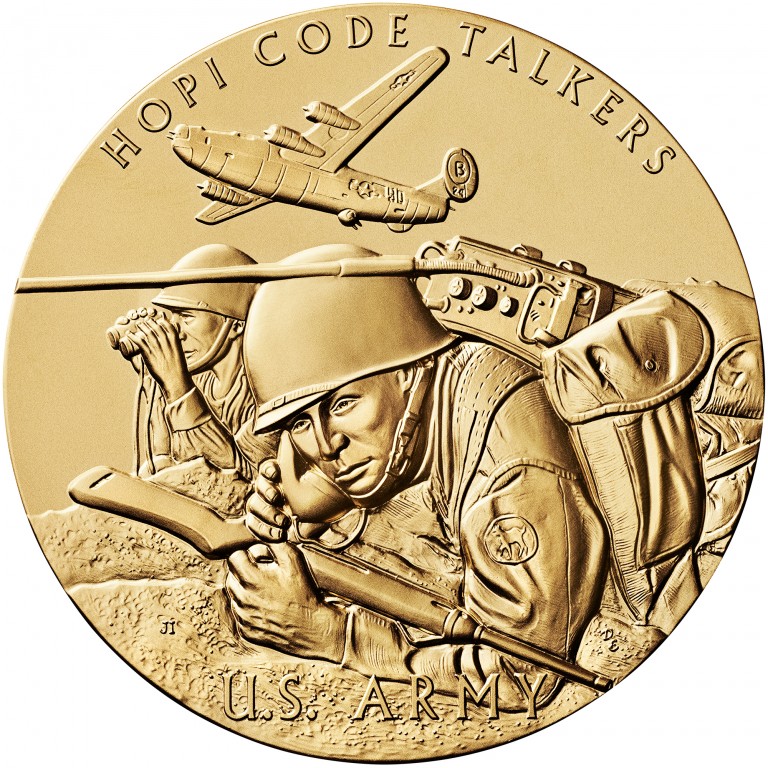 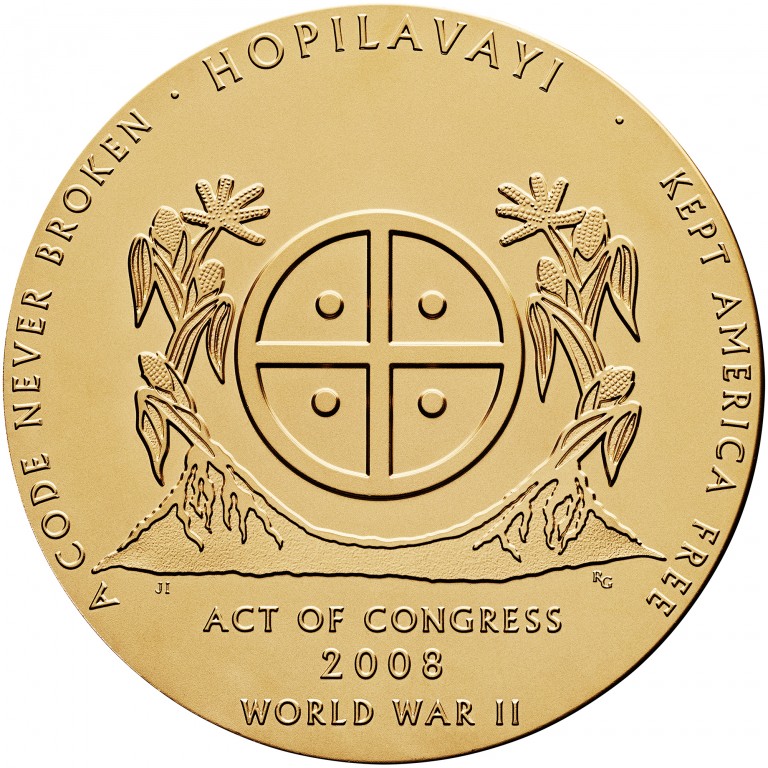 The obverse design features Hopi code talkers communicating on a field phone and using binoculars to search for the enemy. The B-24 Liberator in the background represents the Hopi code talkers’ service in the 90th and 380th Bombardment Groups.

The reverse design features a variation of the Hopi Tribe flag, which depicts a circle with dots, mountains and stalks of corn on both sides of the mountains. The flag’s symbols represent the Hopi way of life.