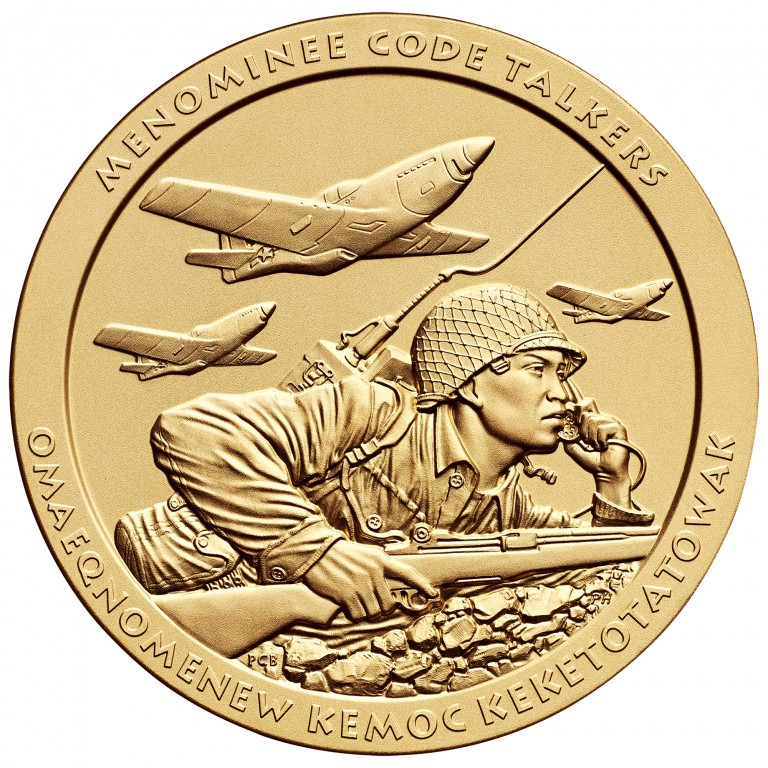 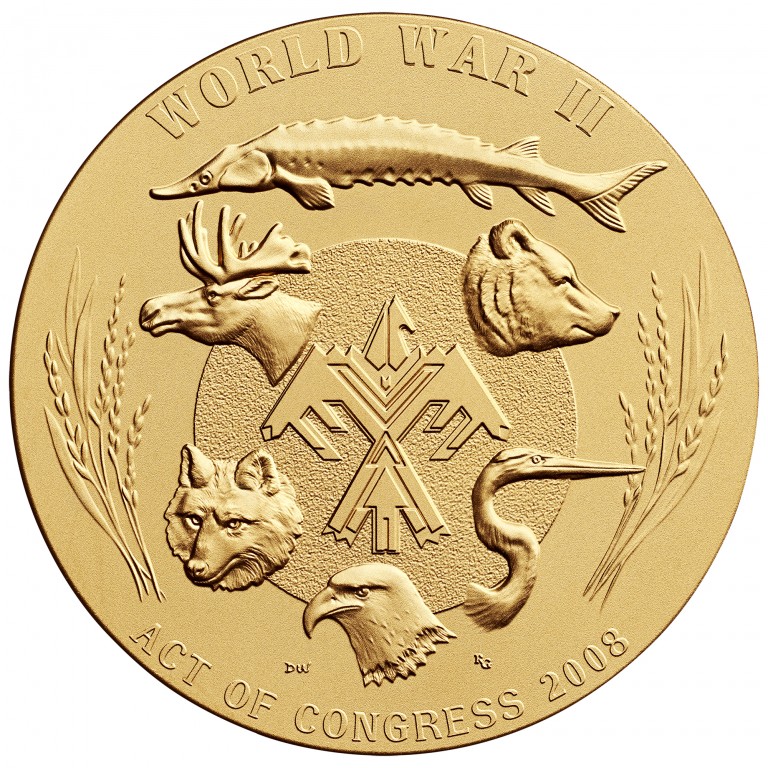 The reverse features the Thunderbird, which is the center element of the Menominee Nation Seal, the five clans (bear, eagle, wolf, moose, and crane), a sturgeon, and wild rice. The Menominee Nation is known for its reliance on wild rice and intense fishing, especially for sturgeon.