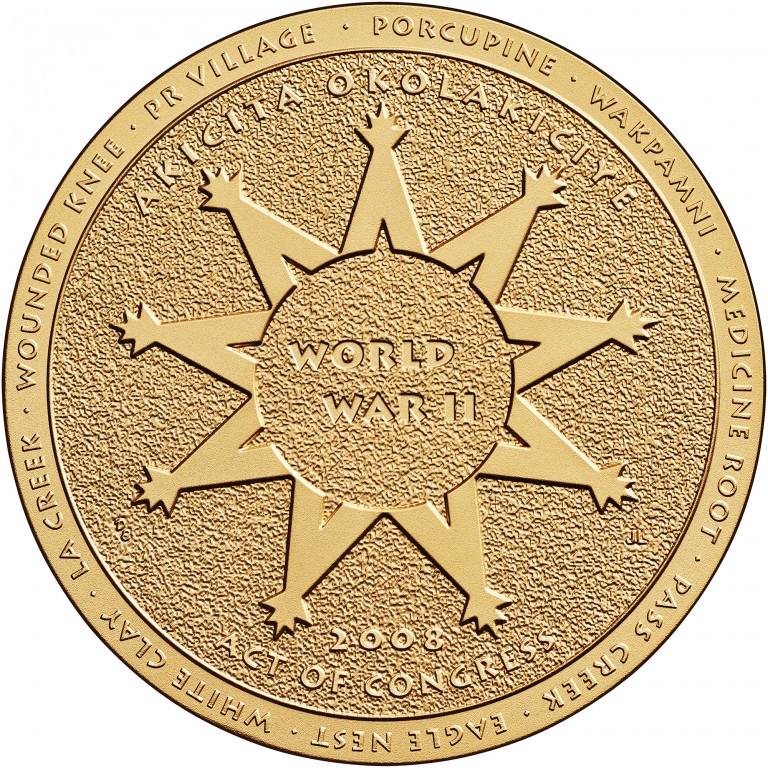 The obverse design features a code talker with a stylized eagle in the background.

The reverse design features a variation of the Oglala Sioux Tribe flag. The nine tipis represent the nine districts of Oglala—Porcupine, Wakpamni, Medicine Root, Pass Creek, Eagle Nest, White Clay, PR Village, La Creek and Wounded Knee—all of which are inscribed along the border of the design.