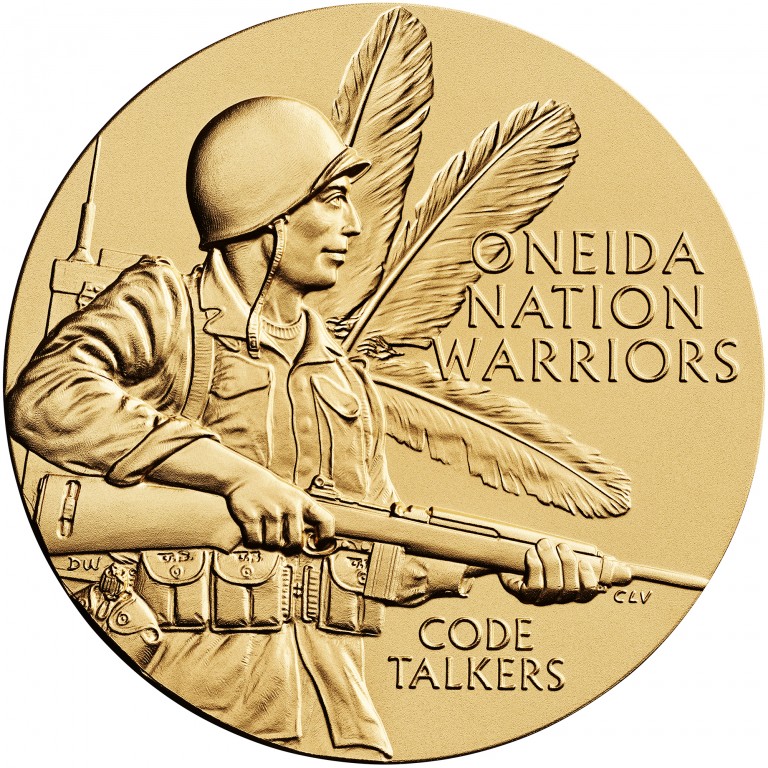 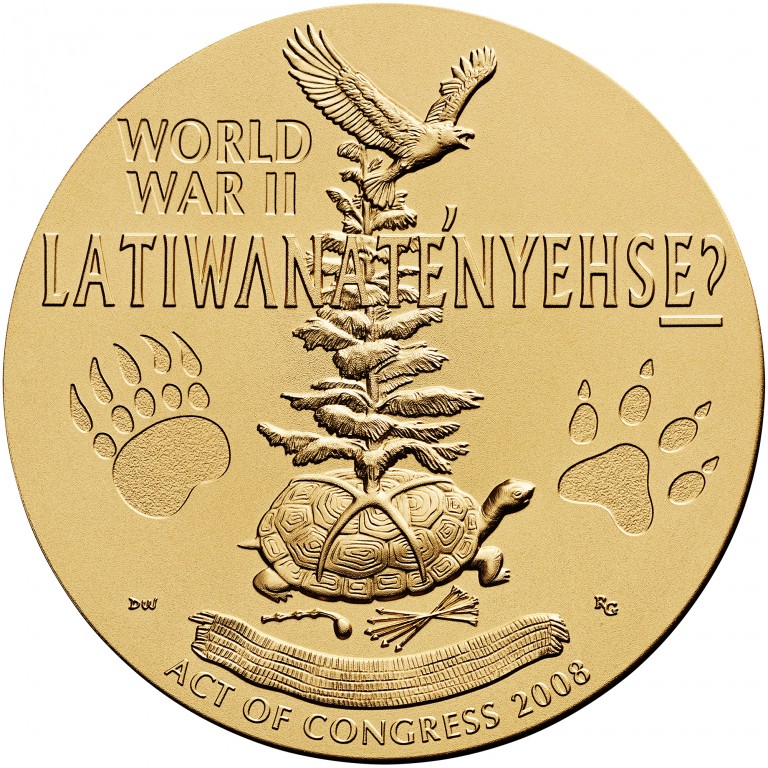 The obverse design features an Oneida Nation code talker with eagle feathers, positioned similar to those in the Oneida Gustoweh (head dress) in the background.

The reverse design features the Great White Pine Tree of Peace with four white roots atop a turtle. To the left of the tree is the foot print of a bear. To the right of the tree is the foot print of a wolf. The turtle, bear and wolf represent the clans of the Oneida Nation. Atop the tree is an eagle, vigilant over the nation and warning members of any imminent danger. The symbols near or under the turtle are a war club and six arrows bound tightly together to indicate the unified strength of the six nations of the Iroquois Confederacy. An image of the two-row wampum belt, constructed of quahog beads, is at the bottom of the design.