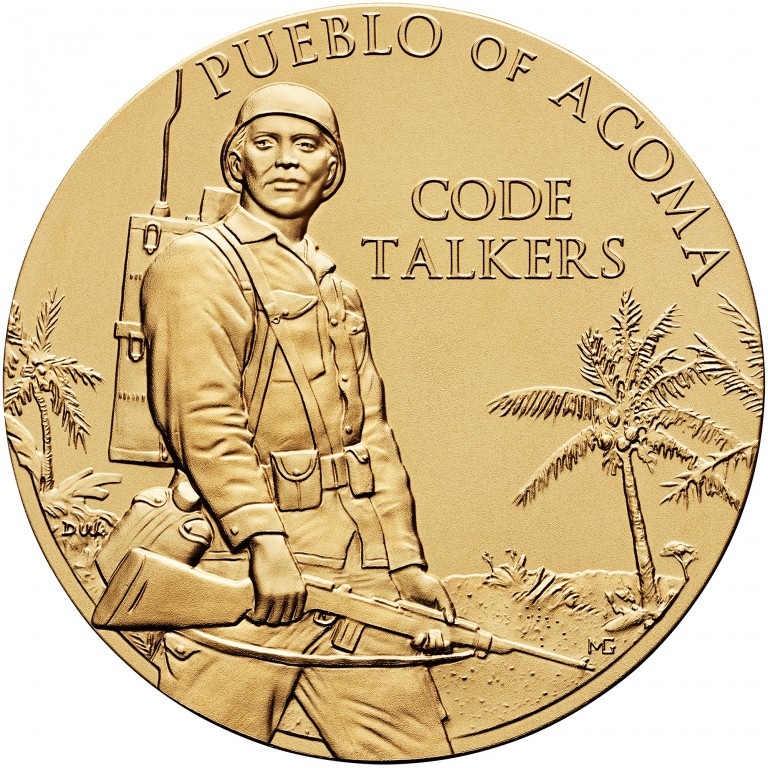 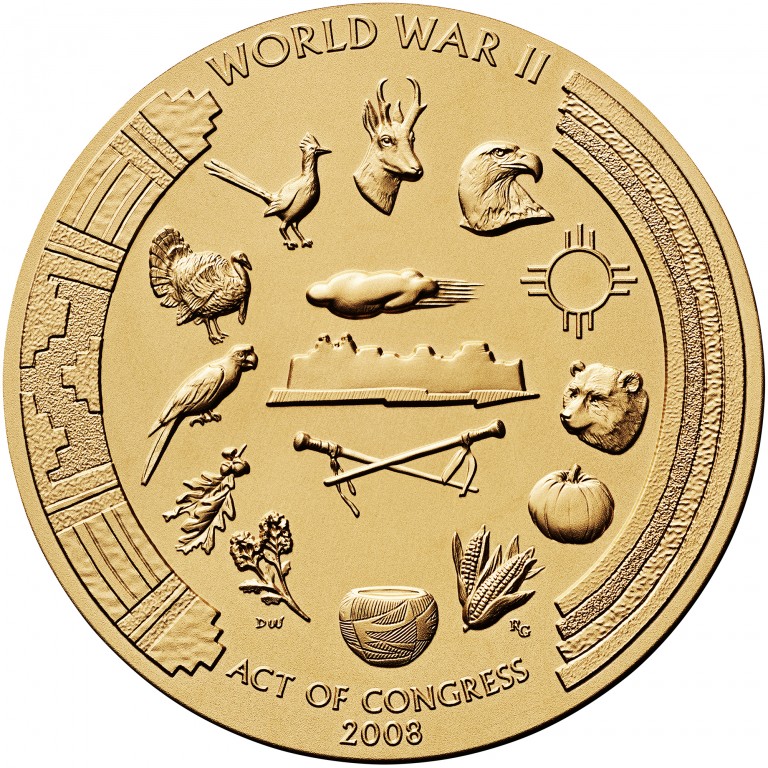 The obverse design features a Pueblo of Acoma code talker scouting the area during his tour of duty in the South Pacific.

The reverse design features the Pueblo of Acoma flag. Clans depicted in the flag are the antelope (at the top center); the road runner, turkey, parrot, oak and mustard seed (to the left); and an eagle, sun, bear, pumpkin, and red and yellow corn (to the right). In the center (bottom to top) are water, Abraham Lincoln’s Cane of Authority presented to the tribe in 1864, Pueblo of Acoma Sky City Village and wind.