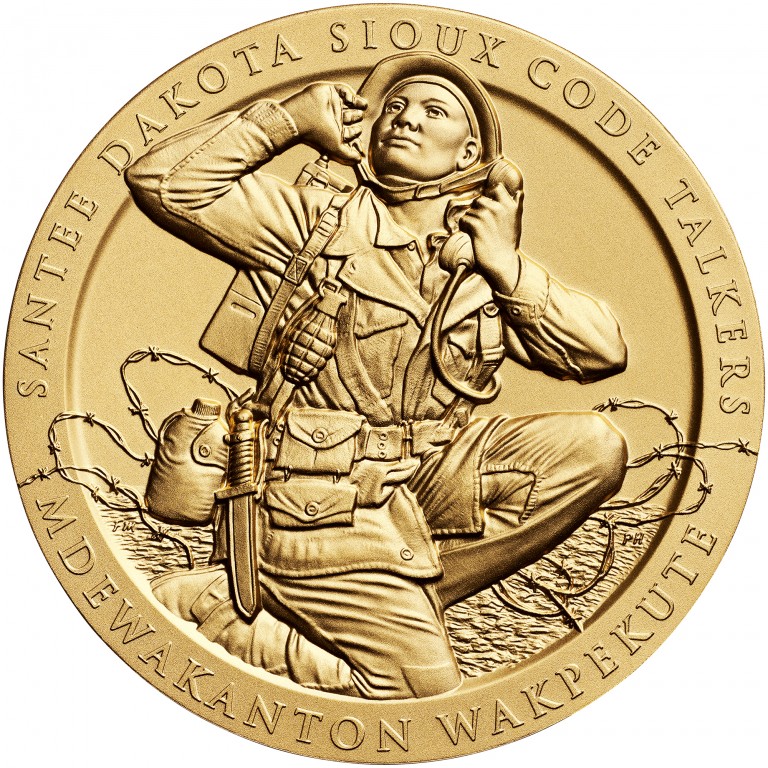 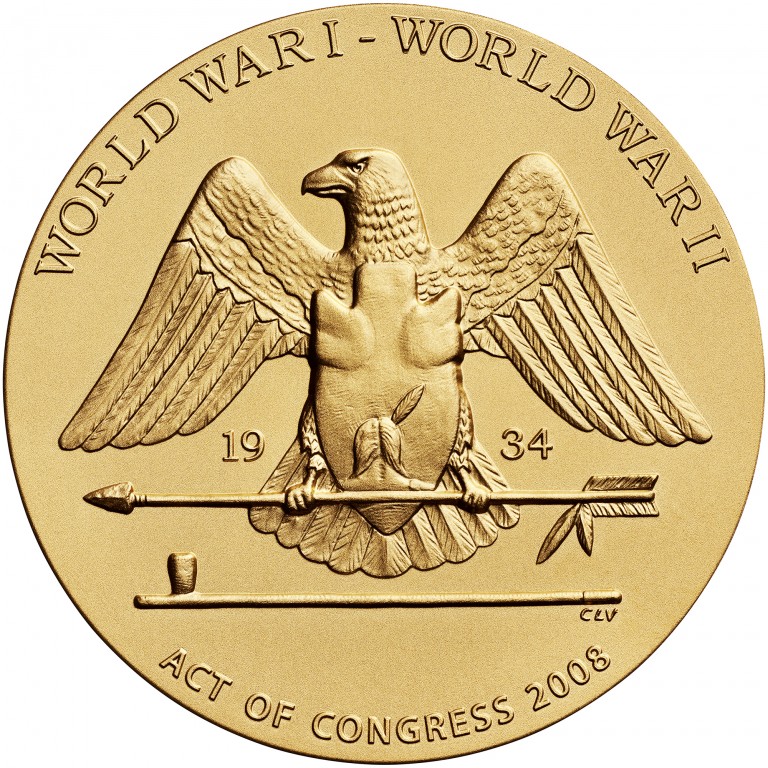 The obverse design depicts a Santee Sioux code talker looking up and focusing on the task required. The barbed wire is a symbol of the threat to the soldier. According to the Santee Sioux Tribe, “Mdewakanton,” which is inscribed on the obverse, translates to “dwellers at spirit lake” and “wakpekute” to “shooters amongst the leaves.”