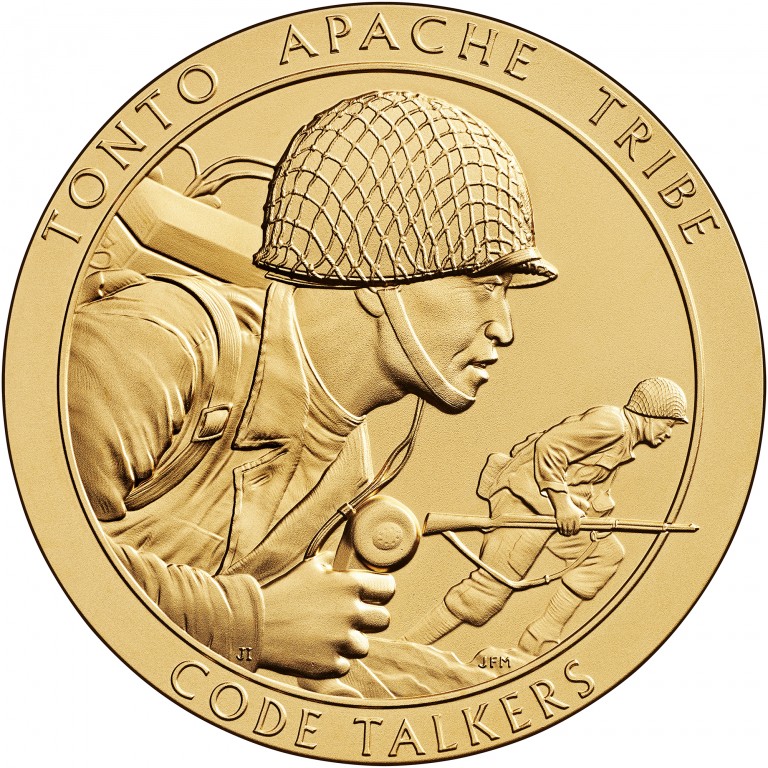 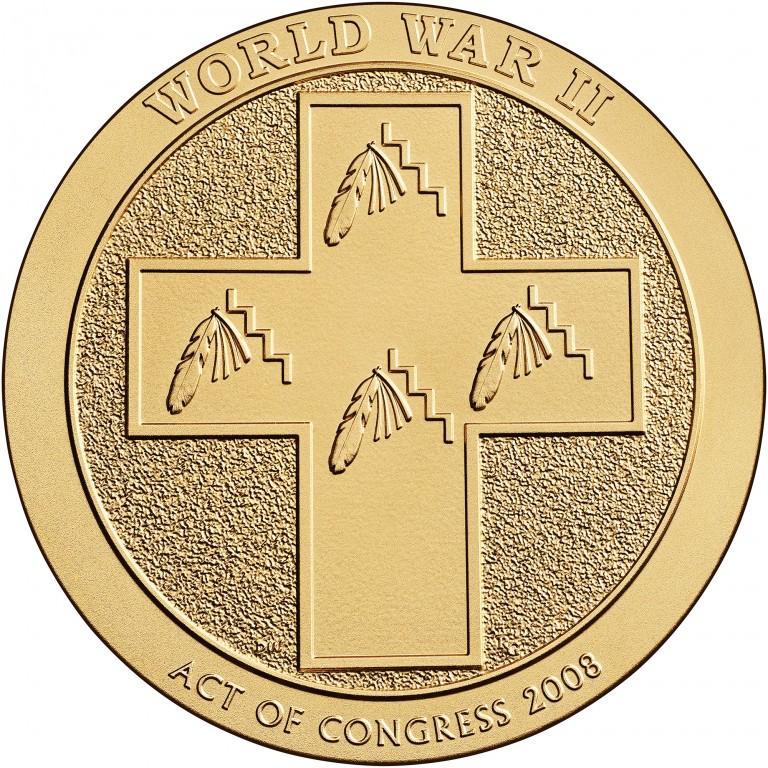 The obverse design depicts a close-up and background view of a code talker, which represents communicating a message and running a message.

The reverse design features a variation of the Tonto Apache seal, which depicts four feathers, a streak of stylized lightning as depicted in Apache art and four streamers.