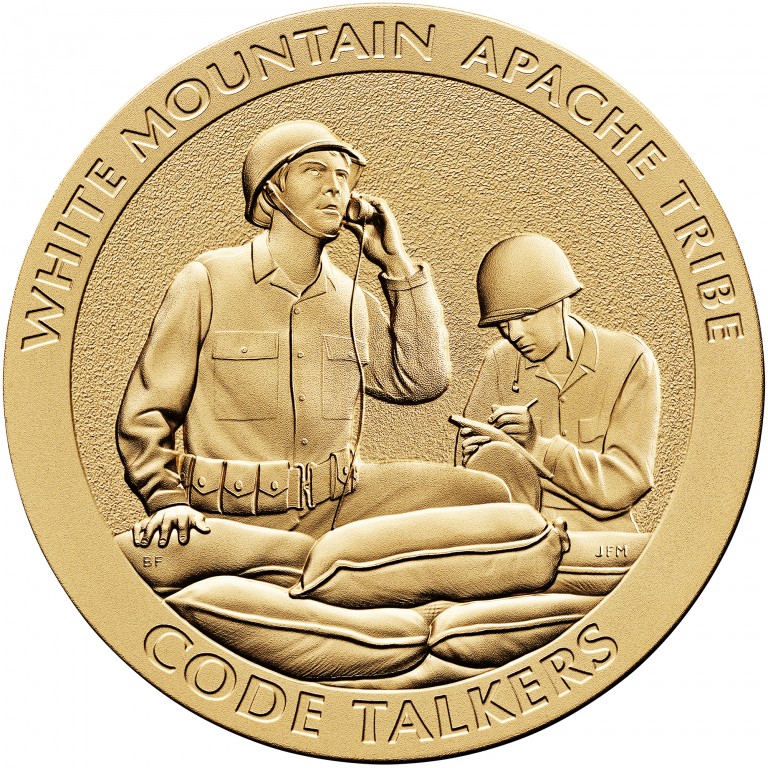 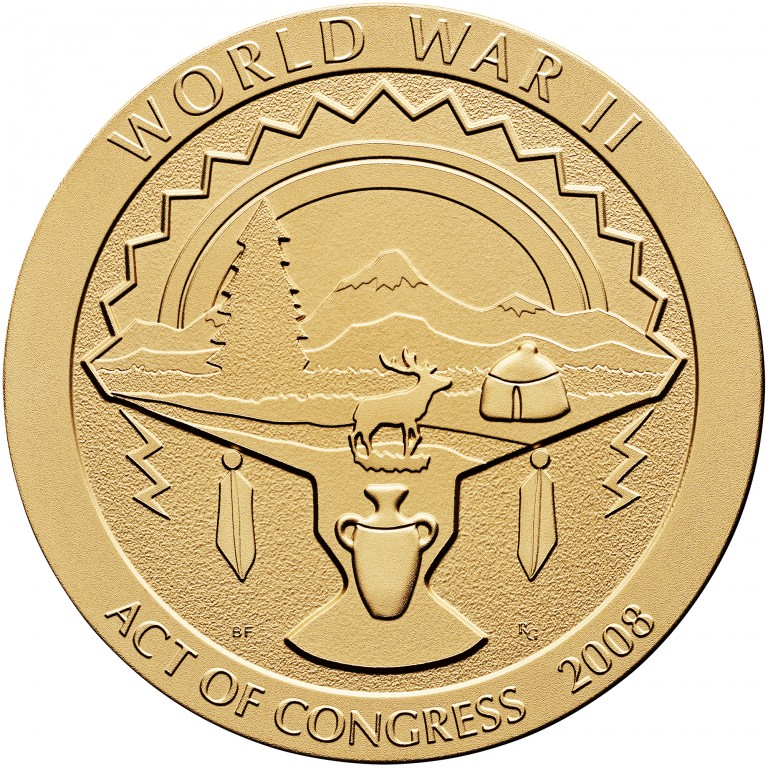 The obverse design features code talkers behind sand bags. The code talker in the foreground is using a field phone to deliver a message, while the one in the background writes the coded message.

The reverse design features a variation of the White Mountain Apache Tribe seal. The seal depicts a rainbow rising against the sky over a landscape with an elk standing by a river near a wikiup, or traditional dwelling. Snow-capped mountains are in the distance, while nearer, at the base of the seal, is a pine forest. An earthen Apache vase, in the foreground, is flanked by two feathers and a pair of lightning bolts near the outer edge of the seal.