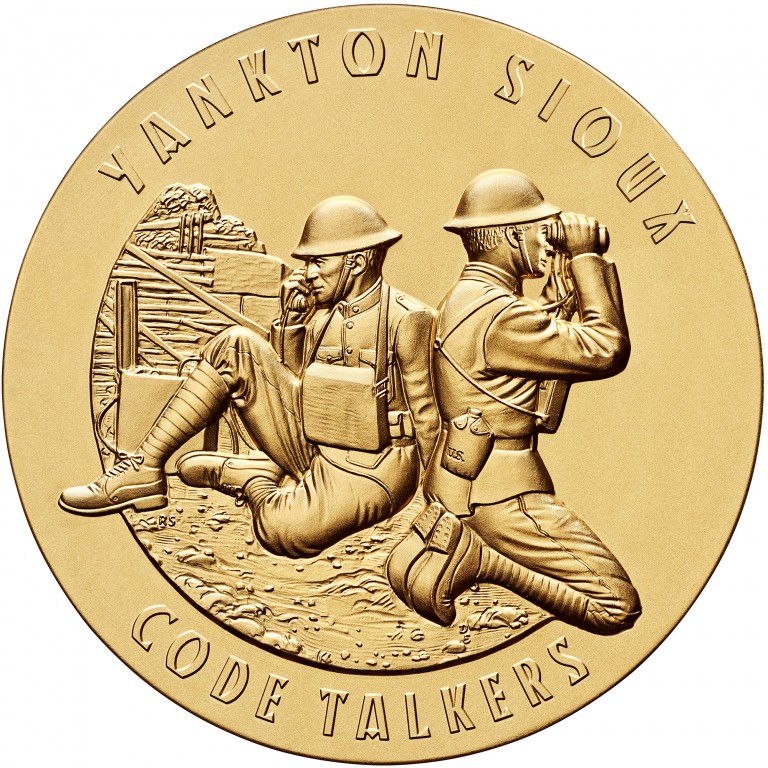 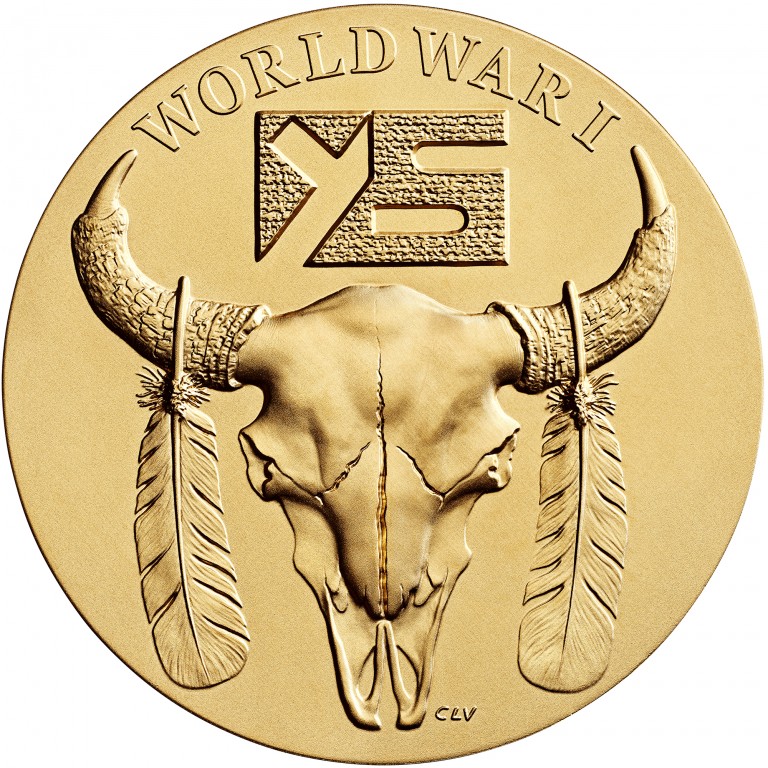 The reverse design features a variation of the buffalo skull painted in honor of Yankton Sioux Tribe veterans.