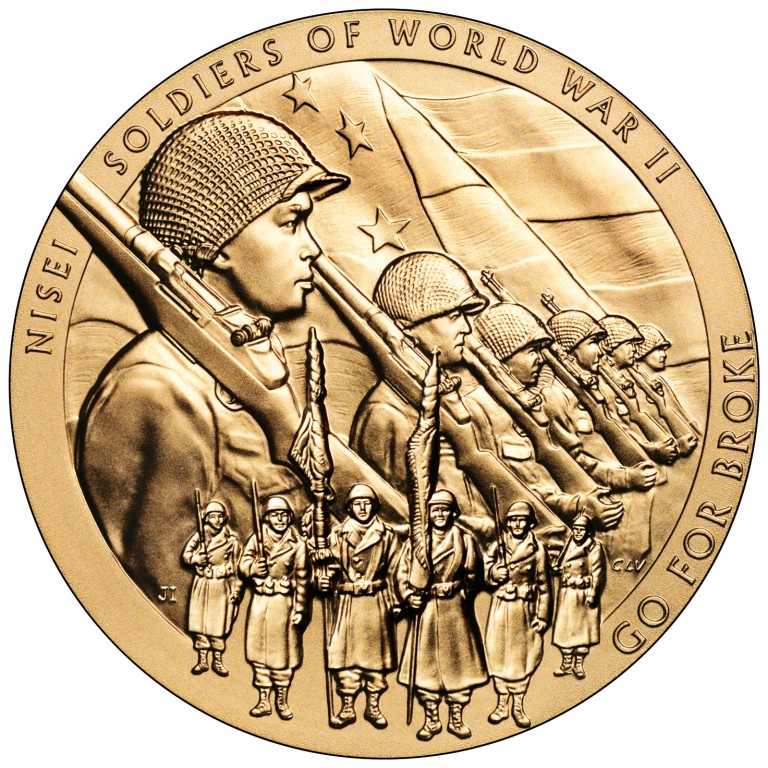 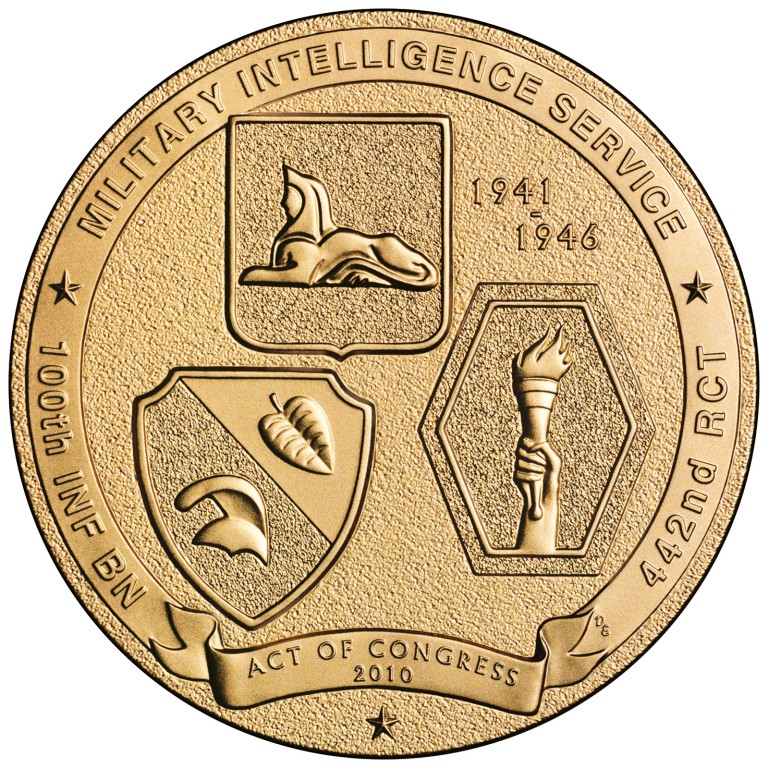 This medal is a duplicate of the Congressional Gold Medal awarded collectively to the 100th Infantry Battalion (INF BN), 442nd Regimental Combat Team (RCT), and Military Intelligence Service (MIS) of the U.S. Army – also known as Nisei soldiers of World War II. Congress authorized the medal on October 5, 2010. It was presented on November 2, 2011.

The Nisei soldiers were second–generation Americans of Japanese ancestry. Their commitment and sacrifice—in the face of a two-fronted battle against discrimination at home and fascism abroad—demonstrate a highly uncommon and commendable sense of patriotism and honor.

The obverse features Nisei soldiers from both the European and Pacific theaters. The 442nd RCT color guard is depicted in the lower field of the medal.

The reverse depicts the insignias of the 100th INF BN, 442nd RCT, and MIS. The 100th INF BN insignia features a taro leaf and a traditional Hawaiian helmet, both of which are emblematic of the unit's Hawaiian roots. The "Go for Broke" Torch of Liberty shoulder patch represents the 442nd RCT. The MIS insignia is represented by a sphinx, a traditional symbol of secrecy. The inscriptions on the outer rim are the titles of the three units represented on the medal. In addition, the years “1941–1946,” the defined years of World War II according to the Department of Defense, are inscribed in the upper right field of the medal. The three stars positioned along the border represent the three units being honored.