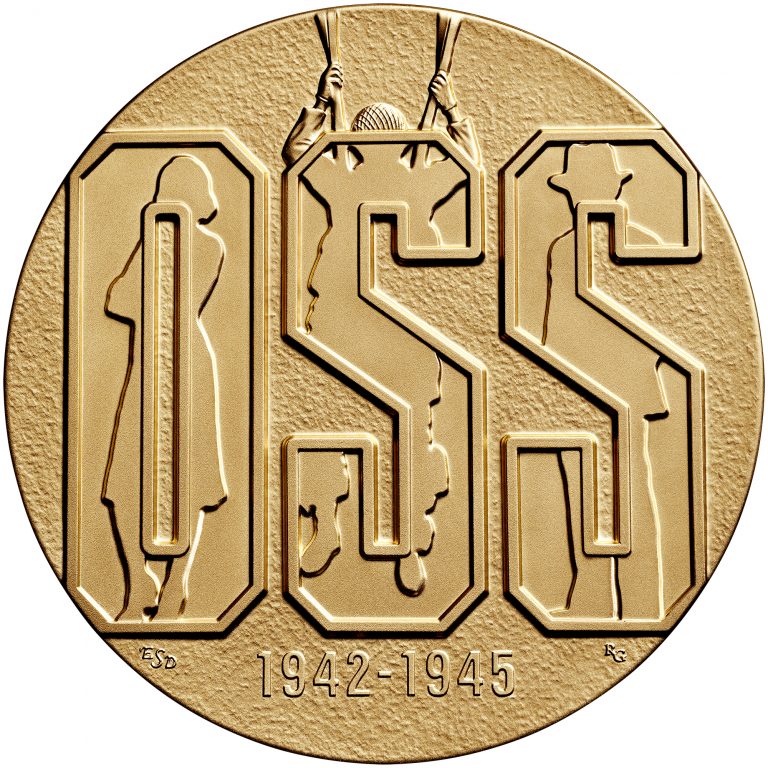 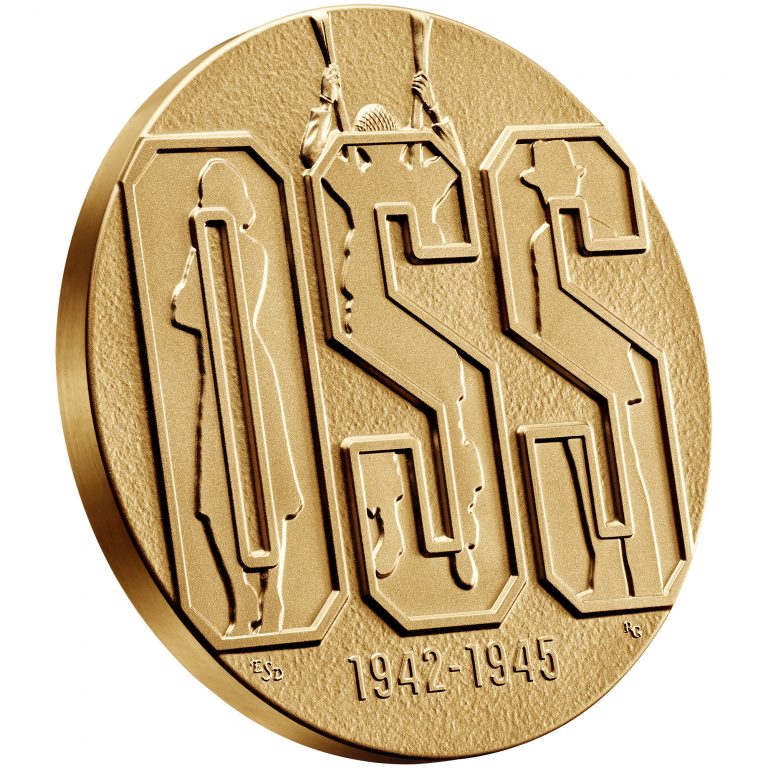 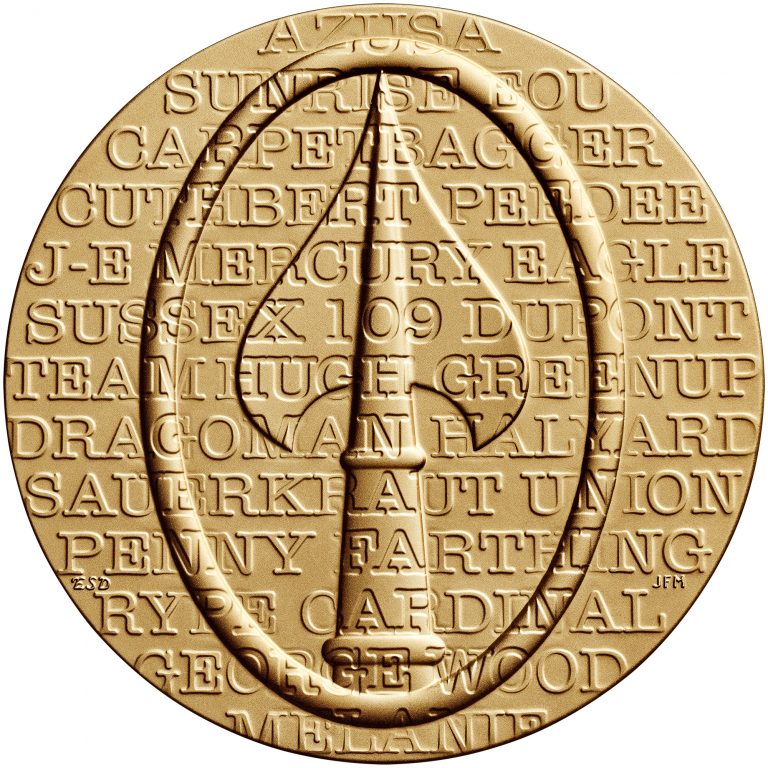 This medal is a bronze replica of the Congressional Gold Medal presented collectively to the members of the Office of Strategic Services (OSS).

The OSS was America’s first effort to implement a system of strategic intelligence during World War II and provided the basis for the modern-day American intelligence and special operations communities. Present day Special Operations Forces trace their lineage to the OSS. The CIA, the Navy SEALs, the Army Special Forces, and the Air Force Special Operations Command all have their precursors in the OSS. The U.S. Department of State’s Bureau of Intelligence and Research also traces its creation to the OSS Research and Analysis Branch.

The OSS was composed of both military personnel and civilians. Women comprised more than one-third of the OSS personnel. Many of America’s leading scientists and scholars served in the OSS. The OSS organized, trained, supplied, and fought with resistance organizations throughout Europe and Asia. They conducted covert operations and reconnaissance; pioneered new technology, including the Lambertsen Amphibious Respiratory Unit (LARU), which was the precursor to current SCUBA technology; and developed innovative counterintelligence actions that provided vital information during World War II.

The obverse (heads) design features the inscription “OSS” revealing three figures – a woman, a paratrooper, and a man in a suit, representing the broad range of work undertaken by the OSS. Each figure is rendered as a shape without details, hinting at the way OSS agents sought to operate anonymously or “in the shadows.” The diversity in the OSS is also reflected by the shadowy figures, conveying that OSS members were men and women, civilian and military. The design also features the dates “1942-1945,” the years during which the OSS operated.