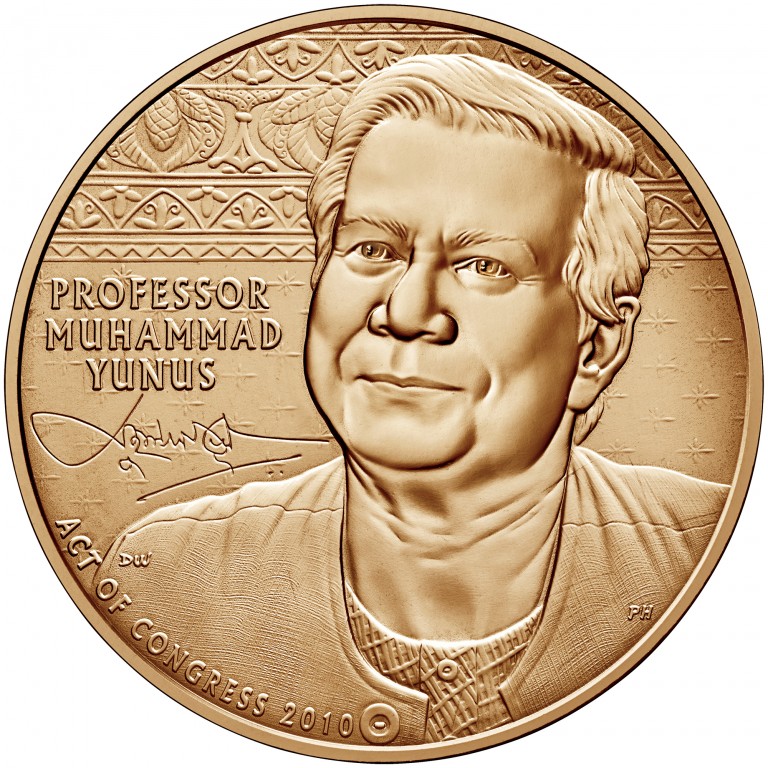 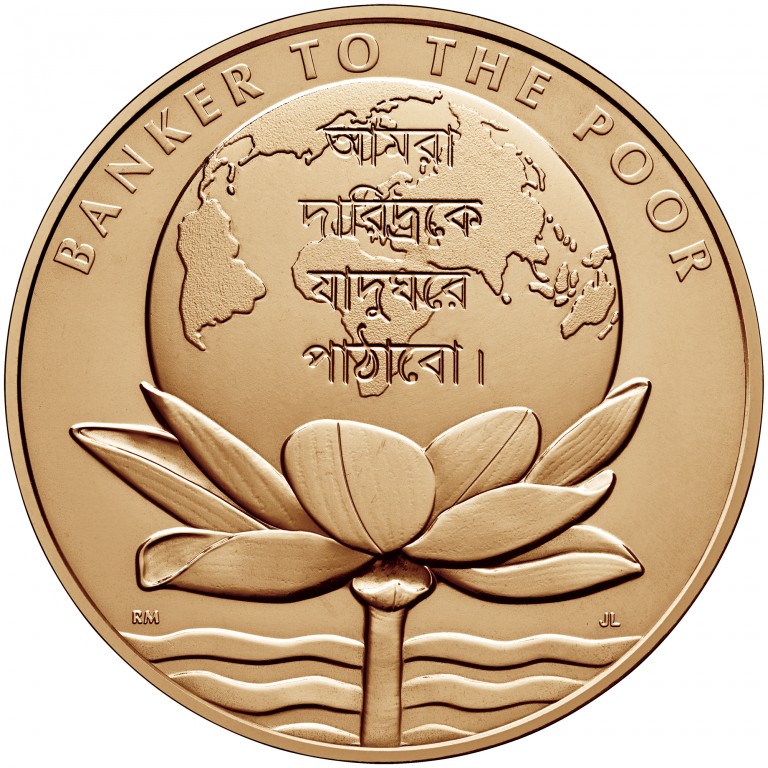 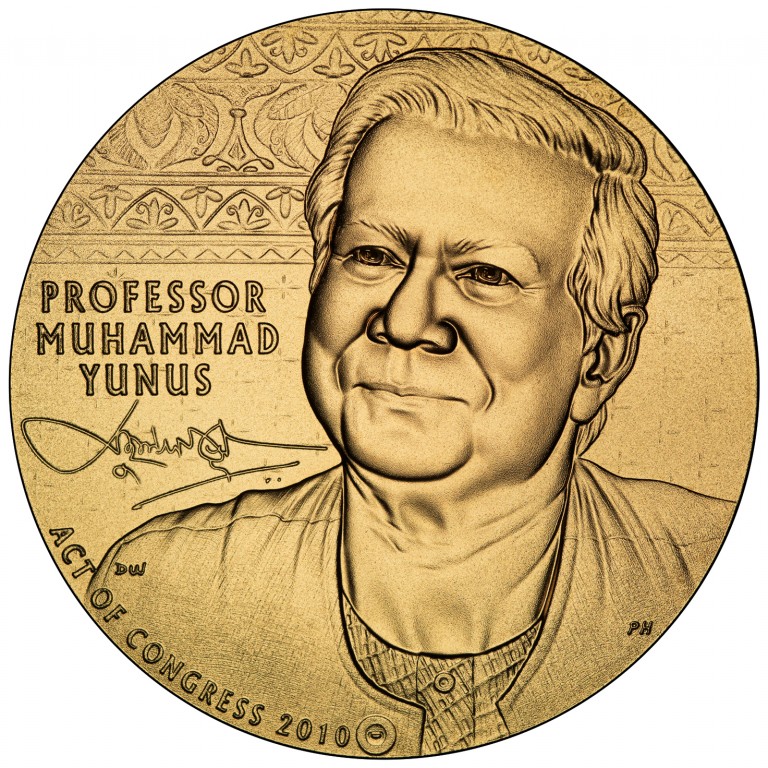 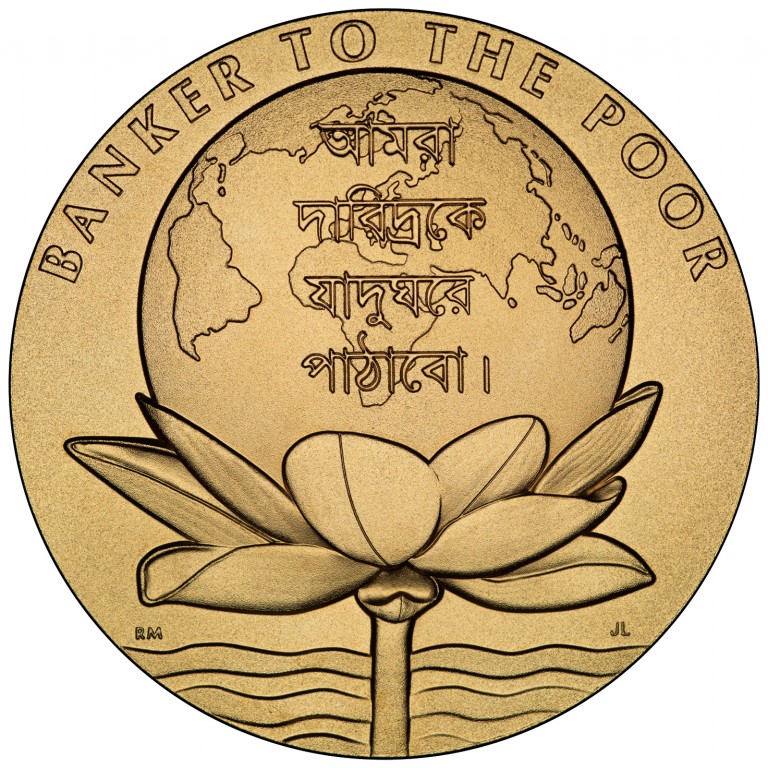 This bronze medal, a duplicate of the Congressional Gold Medal awarded to Professor Muhammad Yunus, recognizes and honors his extraordinary contributions to fighting global poverty. Congress authorized the medal on October 5, 2010. It was presented to him on April 17, 2013.

Muhammad Yunus is recognized in the U.S. and throughout the world as a leading figure in the fight against global poverty and the effort to promote economic and social change. He is the father of the concept of very small “microcredit” loans to the very poor and is the founder of Grameen Bank, which pioneered his microcredit concept. The model developed by Grameen Bank has been emulated across the world. Yunus’ work has had a particularly strong impact on women and their families, as more than 95 percent of microcredit borrowers are women. He was also the recipient of the 2006 Nobel Peace Prize and 2009 Presidential Medal of Freedom.

The obverse features a portrait of Yunus with the traditional Bengali jamdani fabric design, reflecting his optimistic and cheerful demeanor. Jamdani is a Bangladeshi hand-woven fabric made of cotton, historically referred to as muslin.

The reverse depicts a lotus open in full bloom, rising above the water and cradling the world in its petals, symbolizing Professor Yunus’ dream to end world poverty. The design is partially framed by the inscription “BANKER TO THE POOR,” a common reference to Yunus. The Bengali translation for “Let us send poverty to the museum” is inscribed on the globe.