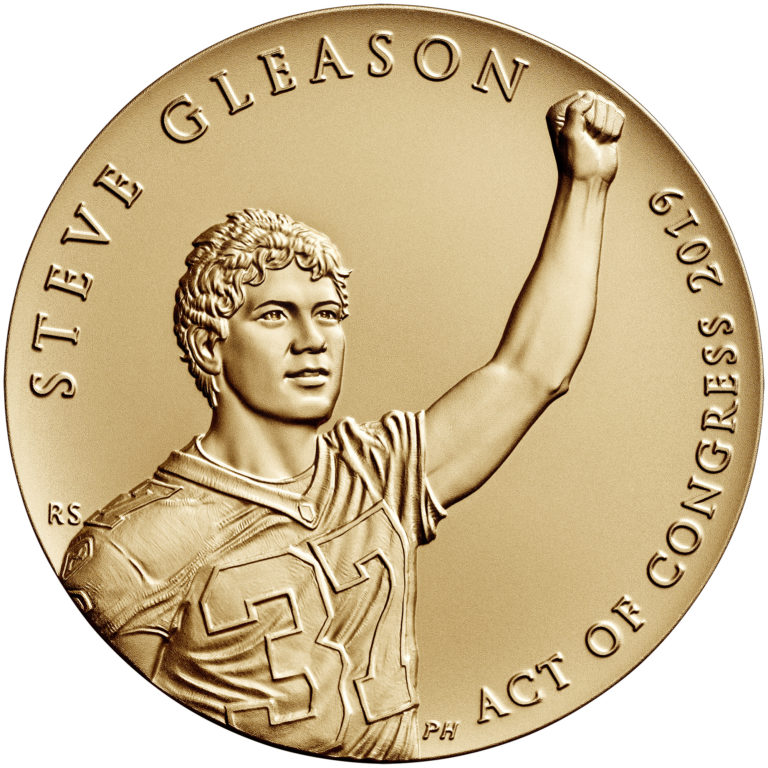 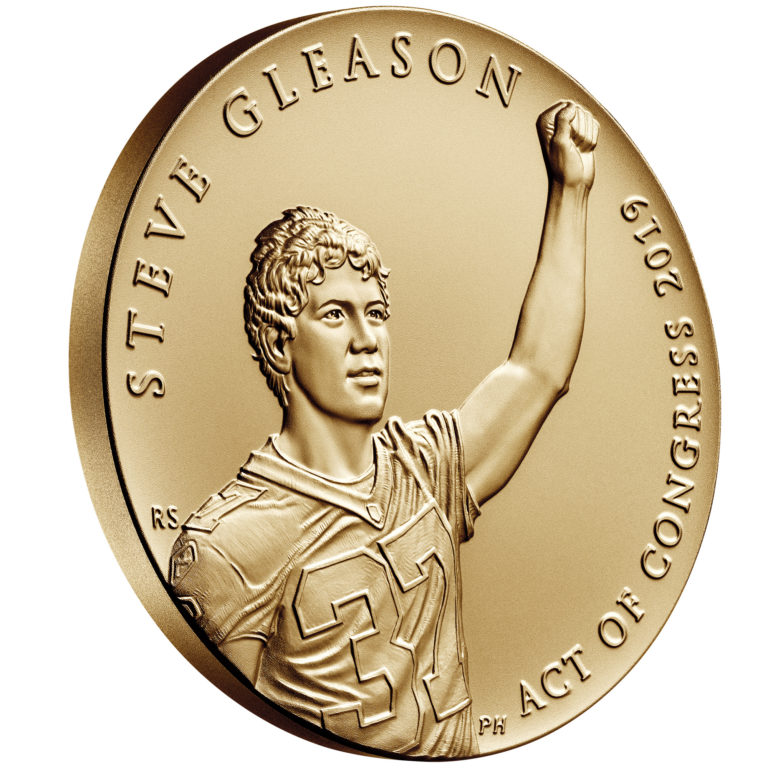 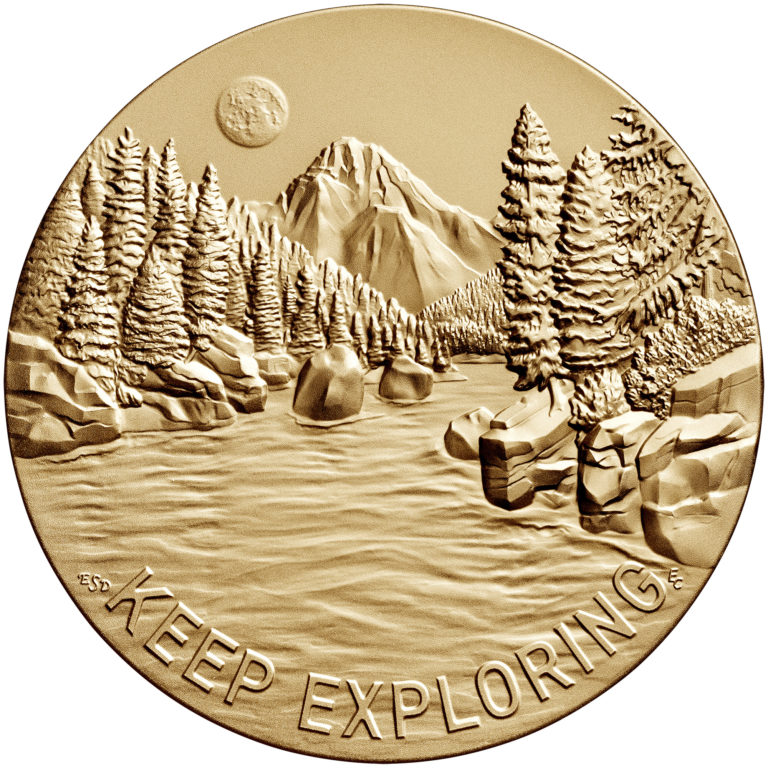 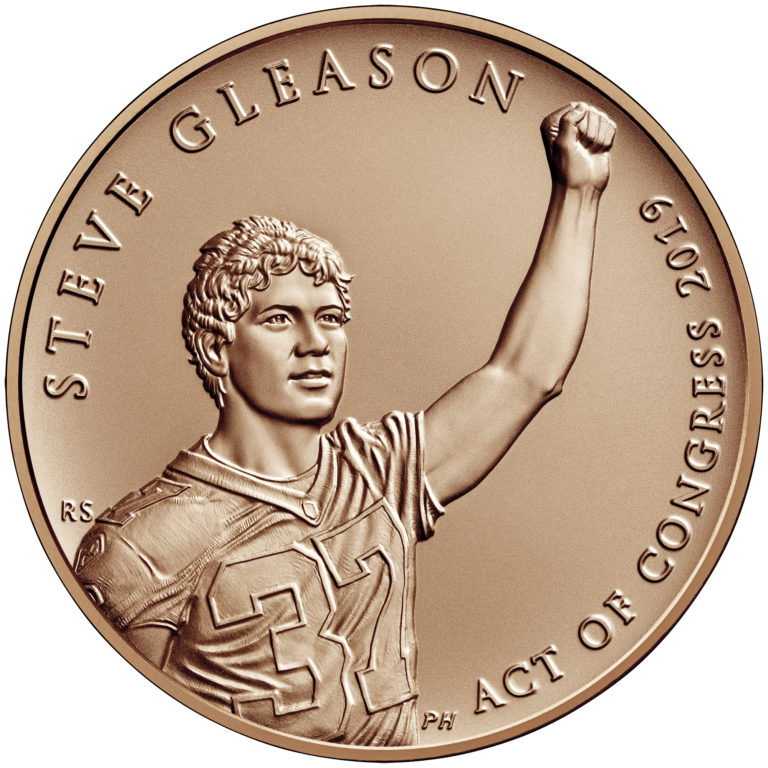 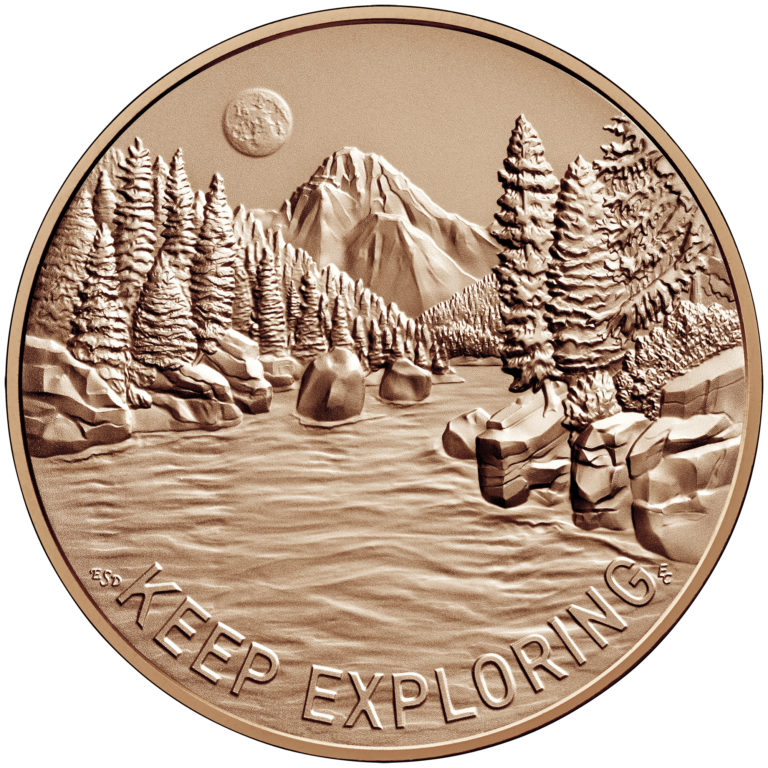 This medal is a bronze duplicate of the Congressional Gold Medal awarded to Steve Gleason during a ceremony in the U.S. Capitol Building on January 15, 2020, in recognition of his fight to raise awareness of amyotrophic lateral sclerosis (ALS).

Gleason played seven seasons in the National Football League before retiring in 2008. In 2011, he was diagnosed with amyotrophic lateral sclerosis (ALS), also known as Lou Gehrig’s disease. Since then, he has inspired countless people worldwide through his advocacy. Most notable, he helped organize the ALS Ice Bucket Challenge in 2014, which raised generated more than $100 million to fight the disease, and established “The Gleason Initiative Foundation,” also known as “Team Gleason.”

The obverse (heads) of the medal features a portrait of Steve Gleason.

The reverse (tails) features a scene from his childhood in the Pacific Northwest, representing his life of travel and exploration.