United States Capitol Police and Those Who Protected the U.S. Capitol on January 6, 2021 Bronze Medal 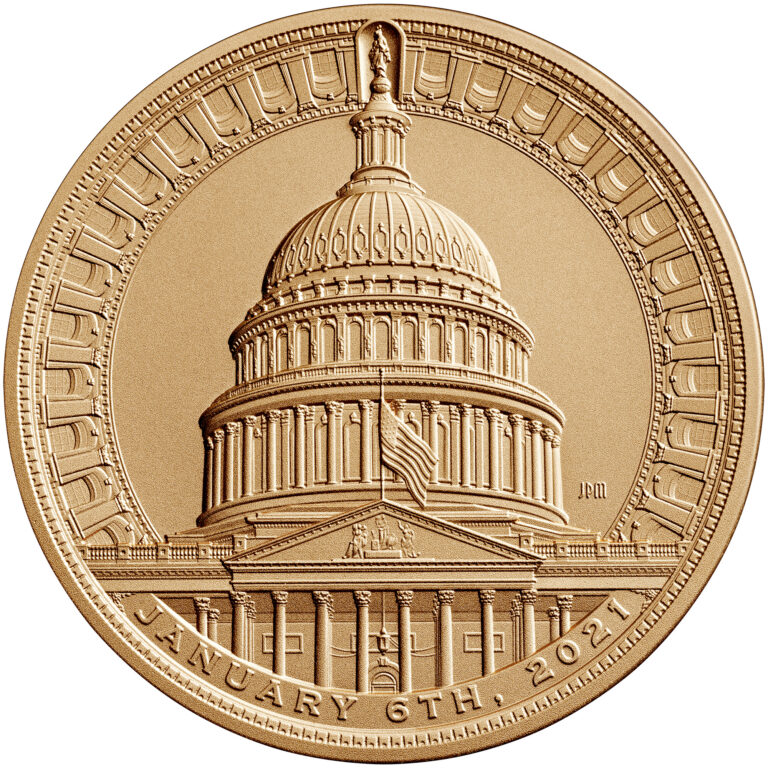 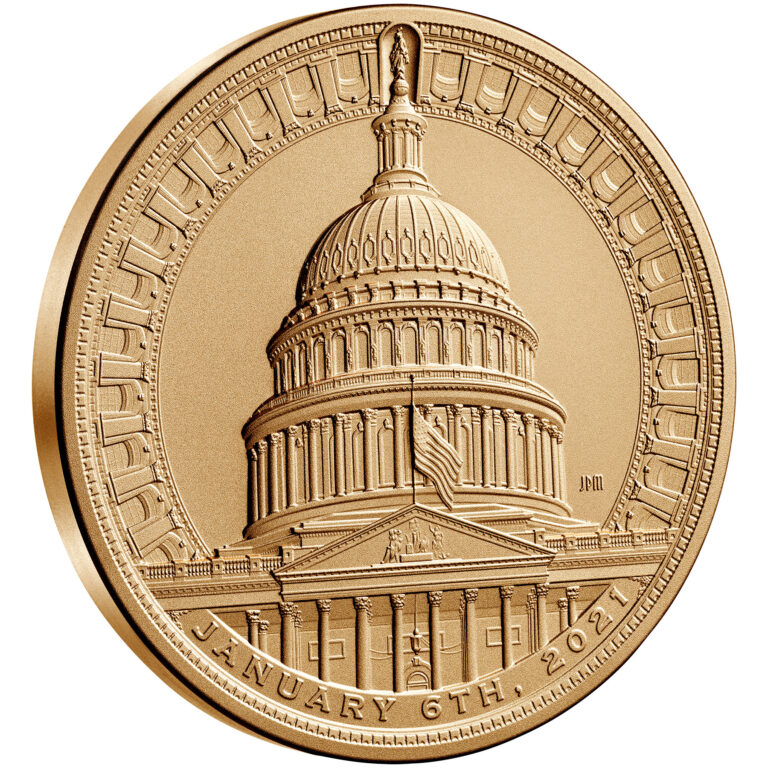 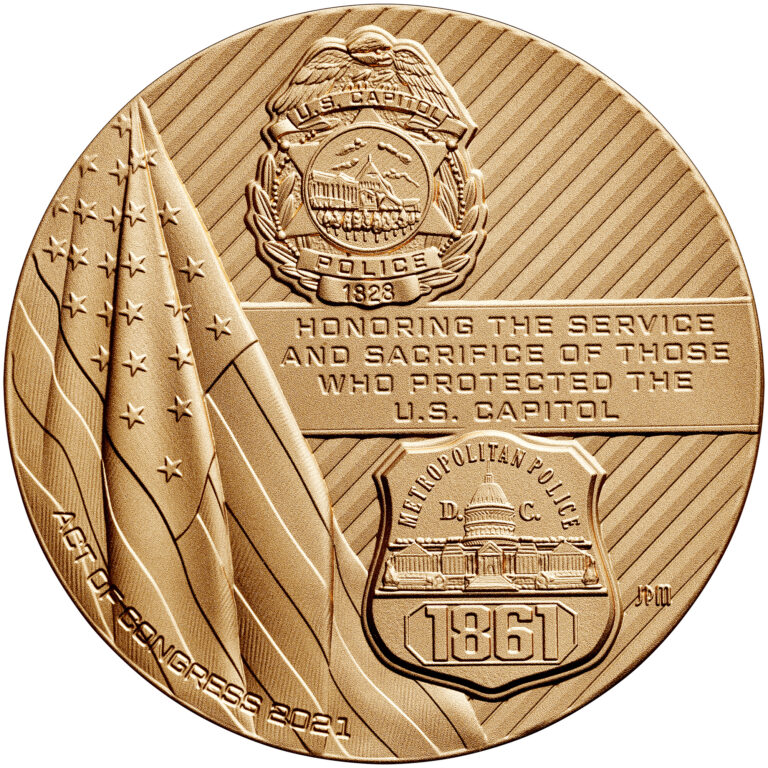 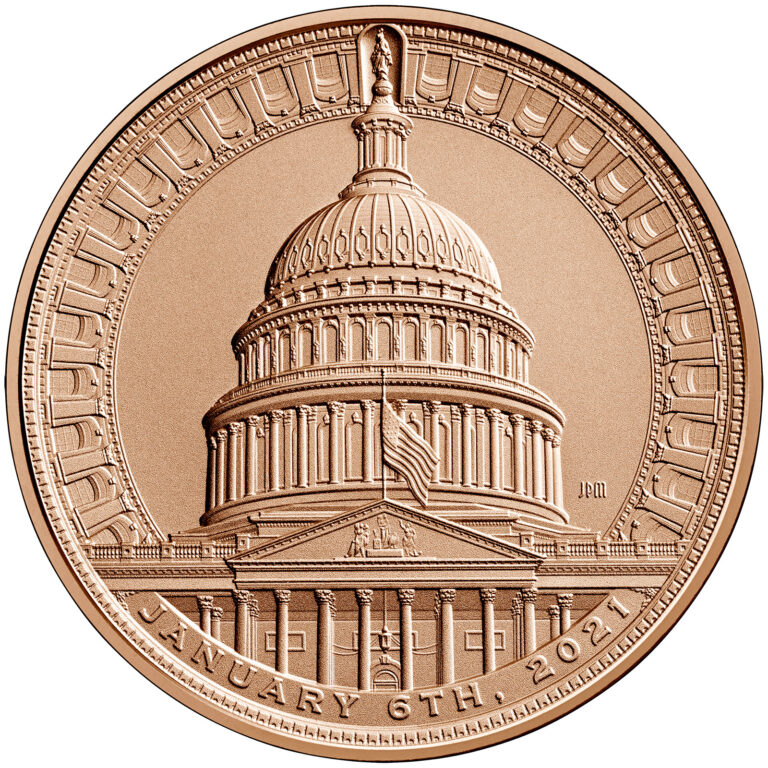 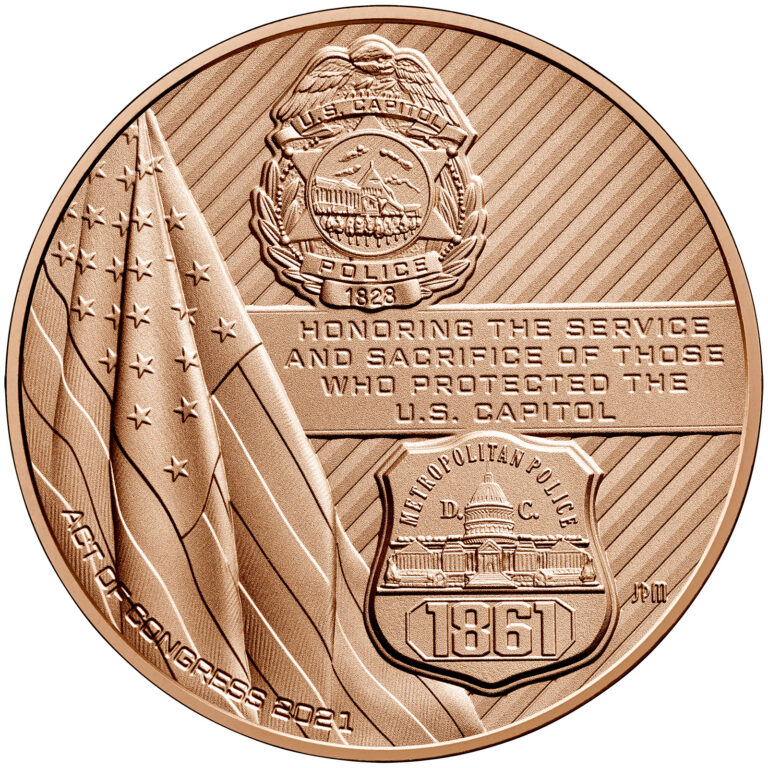 This medal is a bronze duplicate of the Congressional Gold Medal presented to the U.S. Capitol Police officers and the District of Columbia Metropolitan Police, who protected the Capitol and its occupants against a mob of insurrectionists on January 6, 2021. The mob forced its way into the U.S. Capitol and congressional office buildings, engaged in acts of vandalism and looting, and violently attacked police officers.

Several Americans died following this violent attack. More than 140 law enforcement officers suffered physical injuries, including 15 officers who were hospitalized. The sacrifice and courage of these officers, who answered the call of duty that day, exemplified patriotism and commitment to the nation and to upholding democracy.

Congress authorized the medal on August 5, 2021. The Congressional Gold Medal was presented in a ceremony on December 6, 2022. The Mint issued the bronze medal duplicates in 3.0 inch and 1.5 inch sizes.

The obverse design features the United States Capitol building and a flag at half-staff, with the windows of the Capitol Rotunda around the border.

The reverse design depicts an American flag along with the service badges of the United States Capitol Police and Metropolitan Police District of Columbia, which both include the years of their creation.