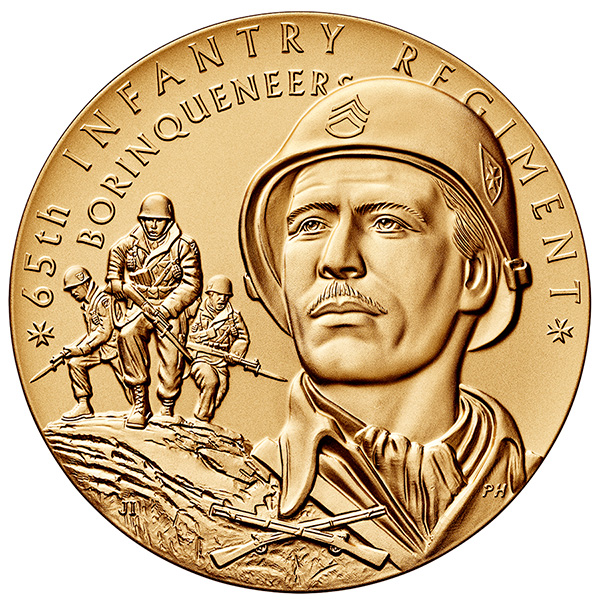 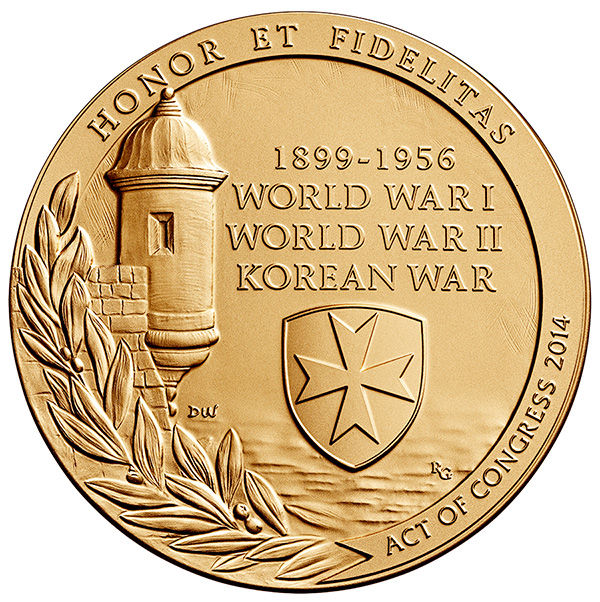 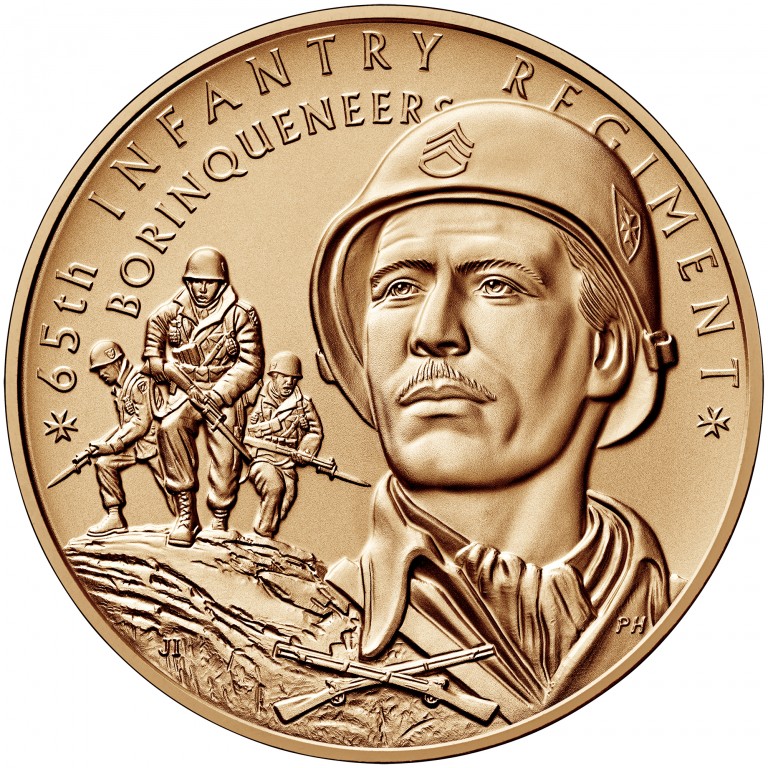 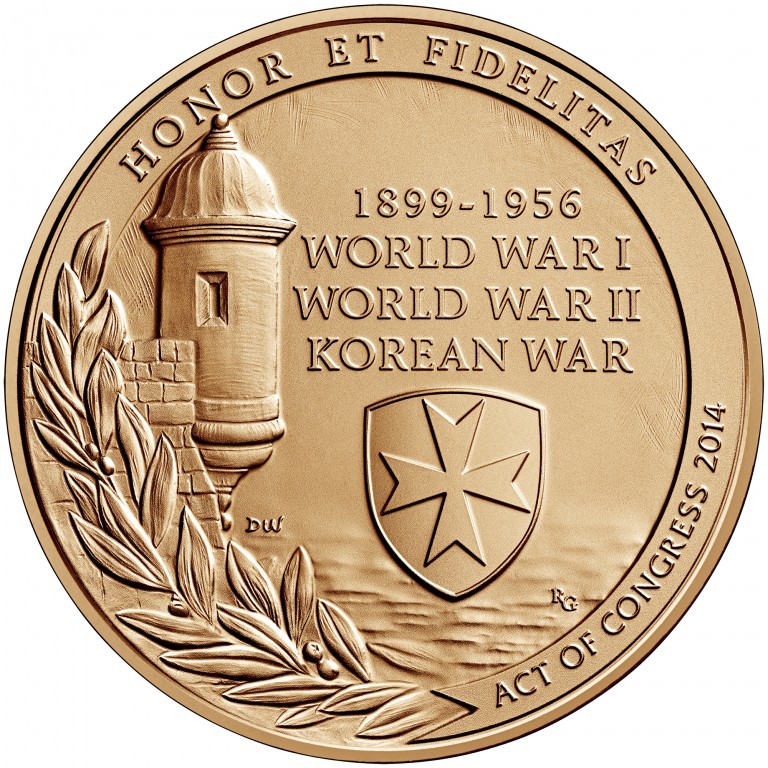 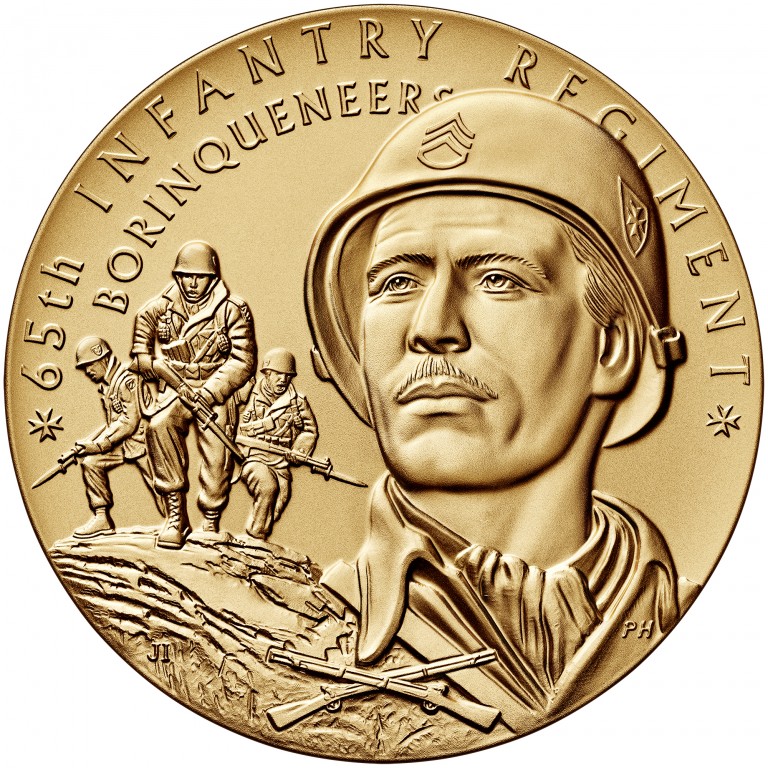 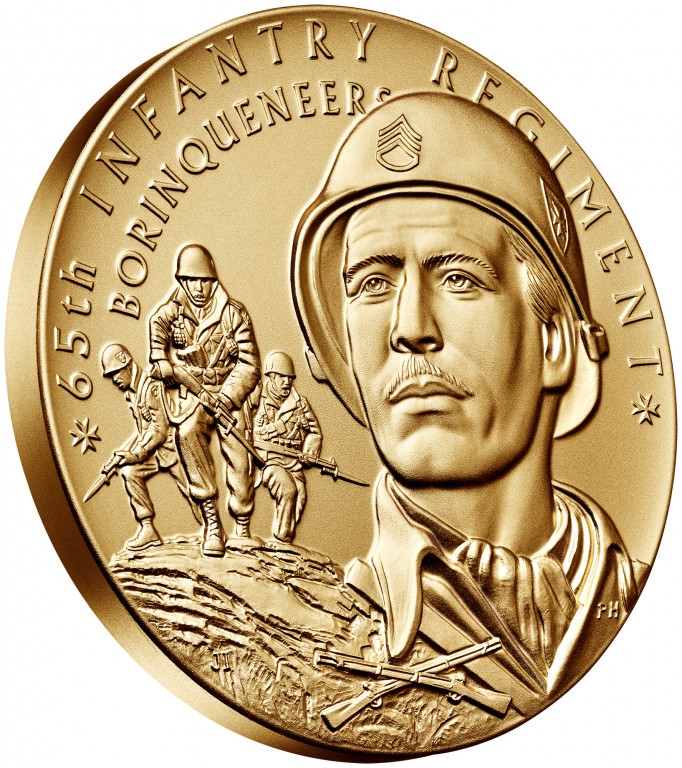 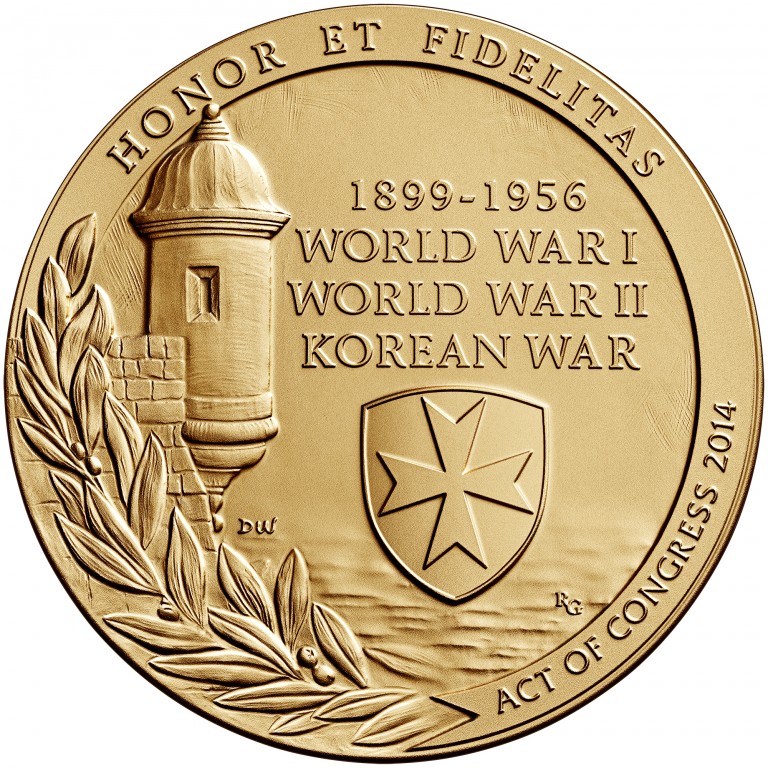 This medal is a bronze replica of the Congressional Gold Medal presented collectively to the U.S. Army 65th Infantry Regiment—known as the Borinqueneers—in recognition of its pioneering military service, devotion to duty and many acts of valor in the face of adversity.

Composed primarily of Hispanic soldiers, the U.S. Army 65th Infantry Regiment was the last segregated unit of the U.S. military. Though restricted to noncombat roles during World War I, the regiment served heroically on the battlefields of World War II and Korea. The regiment participated in some of the fiercest battles from 1950 to 1952, earning the admiration of many, and dispelling negative stereotypes and reservations about its fighting experience.

The obverse (heads side) design depicts a portrait of a fictional Borinqueneer. The soldiers in the background are in an inverted “V” formation, taking the high ground with fixed bayonets during an assault on the enemy during the Korean War. The crossed rifles insignia appears at the bottom of the design.

The reverse (tails side) design depicts the Castillo de San Felipe del Morro of San Juan, Puerto Rico. It is a 16th-century citadel, a central symbol of Puerto Rico and the preferred military command ceremonial parade site of the 65th Infantry Regiment.