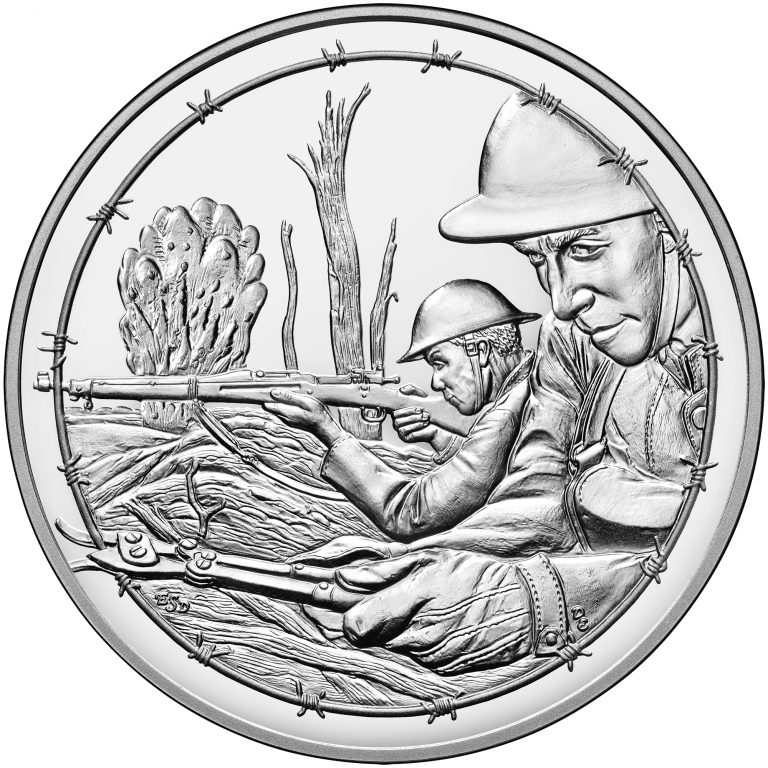 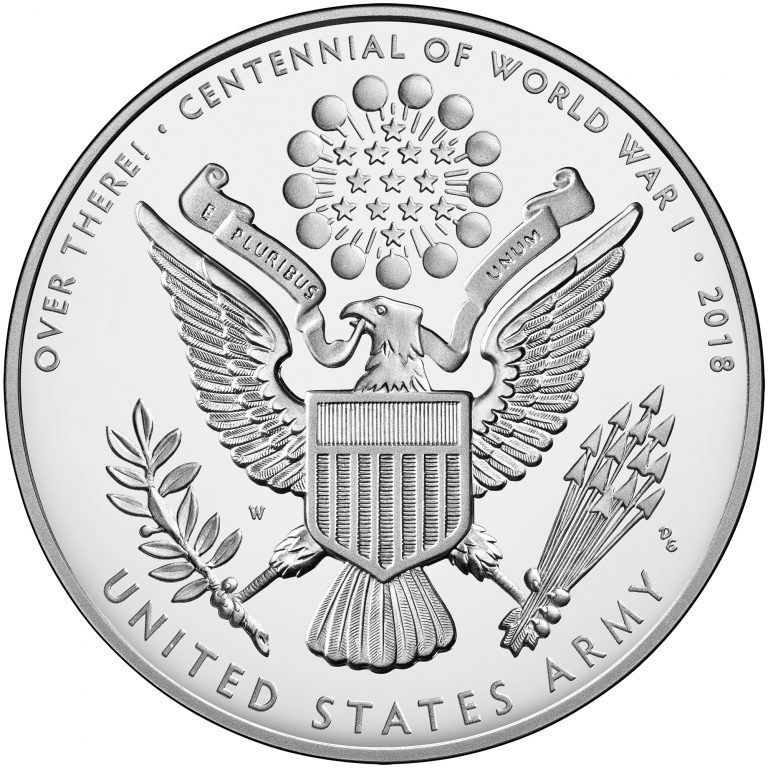 The obverse design depicts a soldier cutting through German barbed wire while a second soldier aims a rifle amid a shattered landscape of broken trees and cratered earth. A shell explodes in the distance.

The reverse design features the United States Army emblem, which was also in use during World War I.