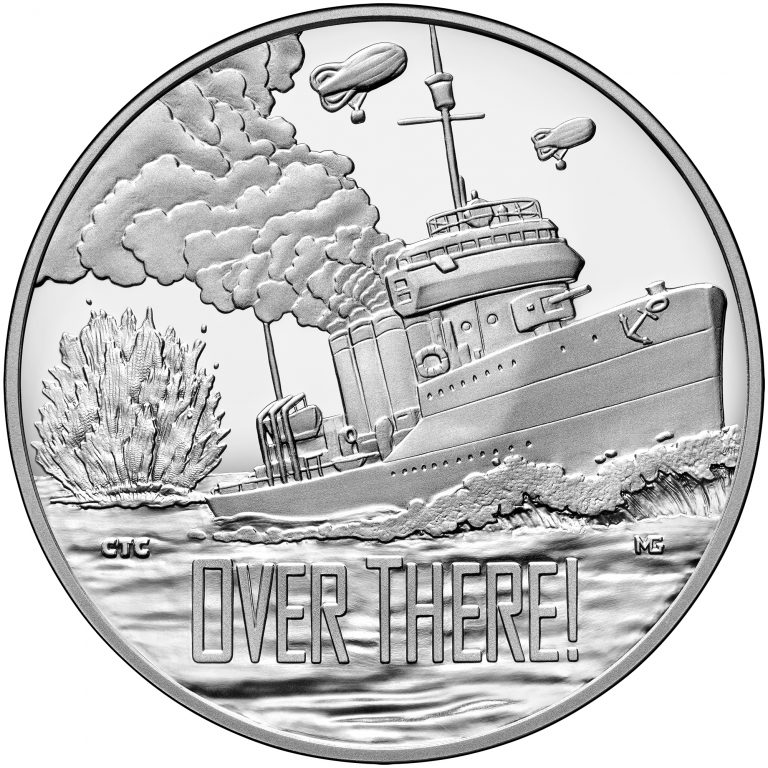 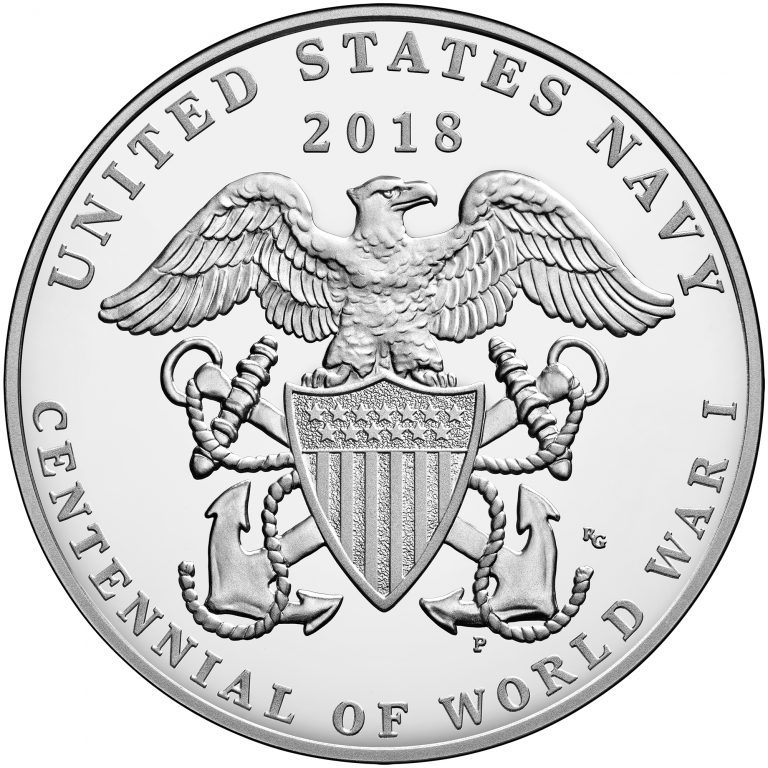 The obverse design depicts a U.S. Navy destroyer on escort duty after deploying a depth charge in defense of a convoy.  Above, kite balloons provide Navy personnel a platform to spot submarines and other dangers. The inscription "OVER THERE!" is at the bottom of the design.

The reverse design features an Officer’s Cap Device* used in World War I.

*Note: An official, uniform seal of the United States Navy had not been adopted at the time of World War I.