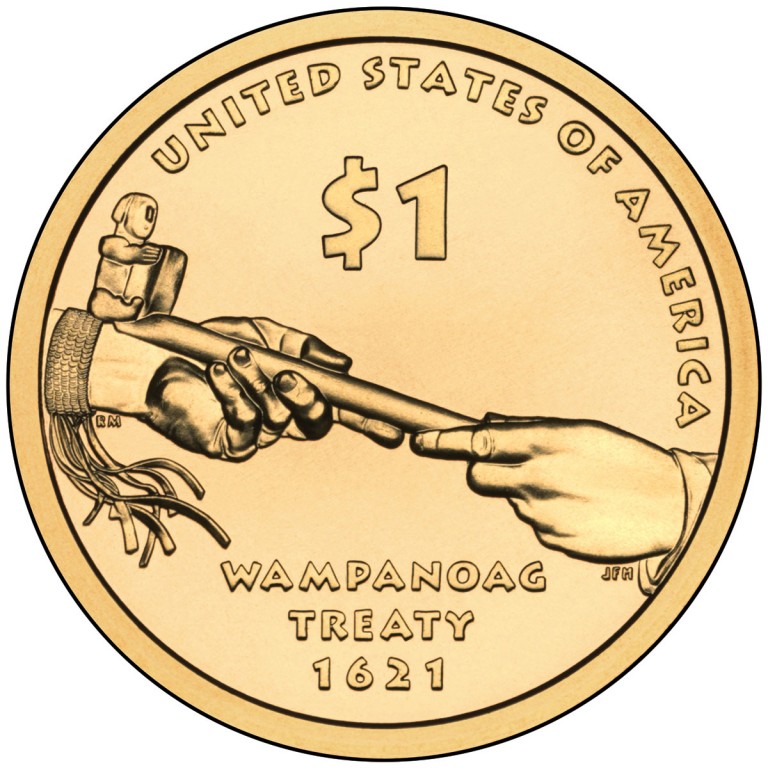 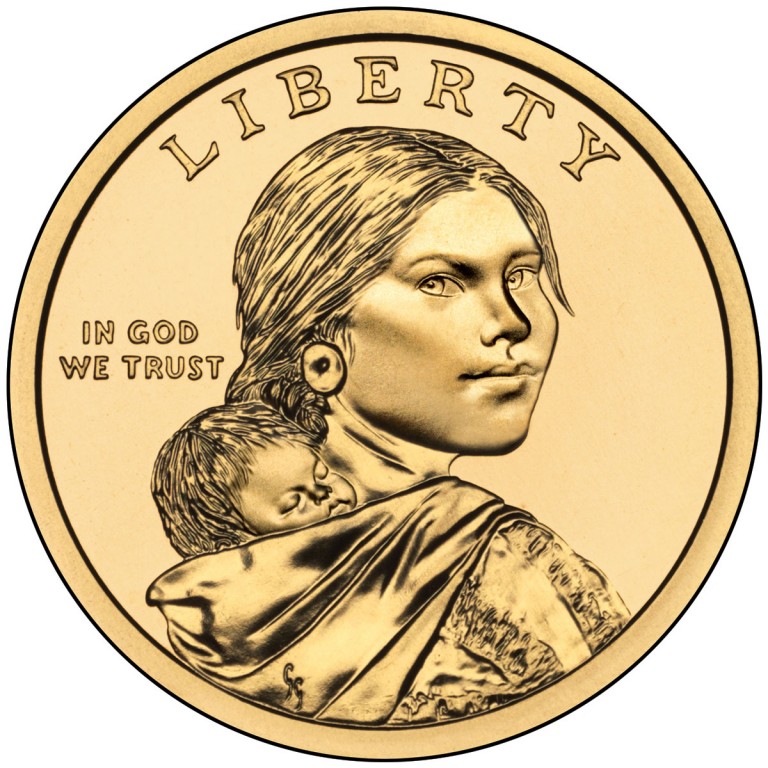 The theme for the 2011 Native American $1 Coin is “Supreme Sachem Ousamequin, Massasoit of the Great Wampanoag Nation Creates Alliance with Settlers at Plymouth Bay (1621).”

Within Native American culture, the ability to make peace was historically as highly prized as leadership in war and often conducted by a separate peace chief, who stepped in when the time for the warriors had passed. For centuries, tribes created alliances with each other that spanned hundreds of miles. One of the first treaties for a mutual alliance with settlers in what became the United States of America occurred between the Puritan settlers at Plymouth and the Massasoit of the Pokanoket Wampanoag in 1621. Historians credit the alliance with the Massasoit with ensuring survival of the Plymouth colony.

In the spring of 1621, Ousamequin, the Massasoit (a title meaning head chief) of the Wampanoag Indians, made a formal treaty with the English who settled at Patuxet (in what is now Plymouth, Massachusetts). The document might well be the first written treaty between an indigenous people and European settlers in what is now the U.S. It consisted of six provisions, recorded in William Bradford’s “History of Plimoth Plantation.”

Massasoit promised to defend the Plymouth settlers against hostile tribes in return for their intervention if his people were attacked. His intermediaries—Tisquantum, Samoset and Hobbamack—gave the settlers invaluable tips on survival.

The Plymouth settlers honored the treaty later that summer by coming to Massasoit’s rescue when they thought he had been captured by enemies. In mid-October 1621, Massasoit and 90 of his tribesmen celebrated a harvest feast at Plymouth for three days (a traditional English folk celebration). The 1621 feast inspired the legend of the first Thanksgiving, as it was called 220 years later. The treaty at Patuxet lasted more than 50 years.

The reverse design features hands of the Supreme Sachem Ousamequin Massasoit and Governor John Carver, symbolically offering the ceremonial peace pipe after the initiation of the first formal written peace alliance between the Wampanoag tribe and the European settlers.