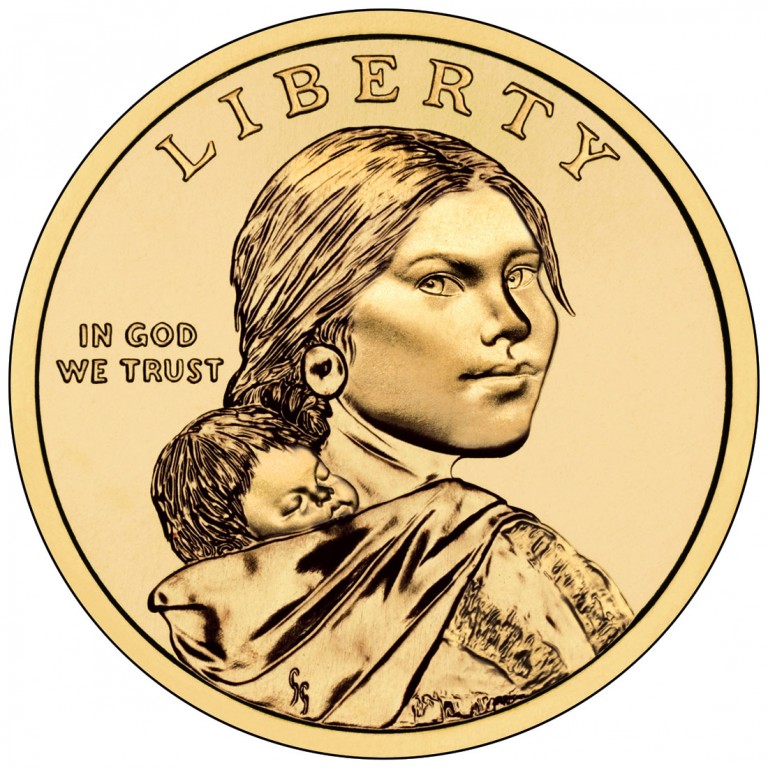 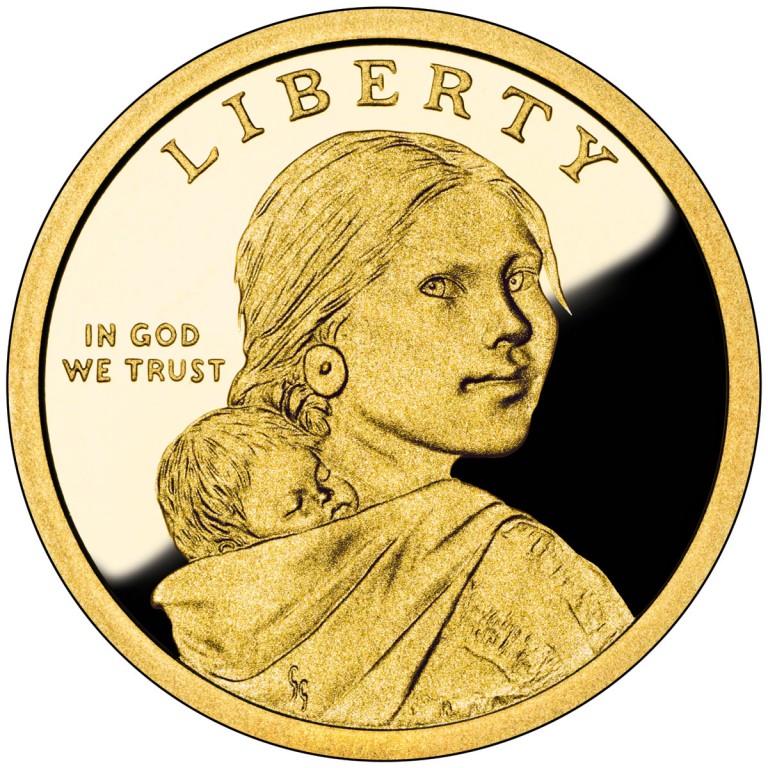 The theme for the 2012 Native American $1 Coin is Trade Routes in the 17th Century.

American Indians maintained widespread trans-continental, inter-tribal trade for more than a millennium. The Native American trade infrastructure became the channel by which exploration, settlement, and economic development in the colonial period — and later of the young republic — ultimately thrived. When early European traders ventured from eastern city centers into the interior lands, they followed trading routes still in use, often in the company of Native American guides and traders who had used them for generations. In addition, they encountered an ecosystem and Native American culture already being transformed by European goods that had moved along these trading routes long before Europeans themselves arrived in the interior regions.

These routes showed the way to European explorers and traders and marked the corridors for future east-west travel. The Lewis and Clark Expedition in 1803 followed parts of this trail. This cross-continental trade infrastructure culminated in the construction of the modern-day interstate highway system. Trading routes centered on Zuni Pueblo in the Four Corners region of the southwest and the Mojave bead route to the California coast were incorporated into the Old Spanish Trail (now a National Park Service historic trail). The Old Snake Trade Route connected the pueblos of New Mexico north to the Mandan villages in the present-day Dakotas, branching to the west in present-day Wyoming and reaching the Columbia River at The Dalles in Oregon.

Of all the goods traded throughout the continent, the horse, spread by Indian tribes through Native American trade routes, is perhaps the most significant. Thanks to inter-tribal trade, horses had crossed the Rio Grande by 1600. This trade received a massive infusion in 1680, when the Pueblo Revolt released thousands of horses from the mission herds into Native American hands.

The horse became perhaps the most sought-after commodity in inter-tribal trade. The horse’s spread in Native American hands was so prodigious that it became the primary means of transportation and the nucleus of the ranching economy already underway in the western territories. In the south, the Caddo trade center became a major entry point for the horse. Trade up the Old Snake Route brought horses as far north as the Mandan in North Dakota, who supplied them to the Lakota and Blackfeet. A parallel inter-mountain route brought horses to the northwest. By the time Lewis and Clark wintered with the Mandan in 1803, they encountered a well-established horse culture. These long-established Native American trade routes also provided the path for this primary means of transportation — a significant contribution to opening up the continental interior to the developing Nation.

The reverse design features a Native American and horse in profile with horses running in the background, representing the historical spread of the horse.