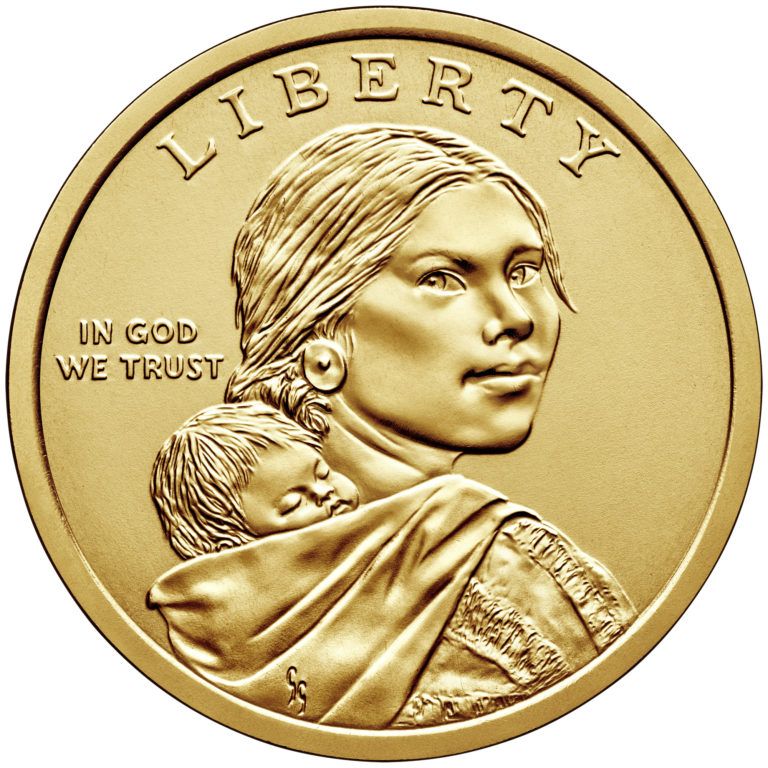 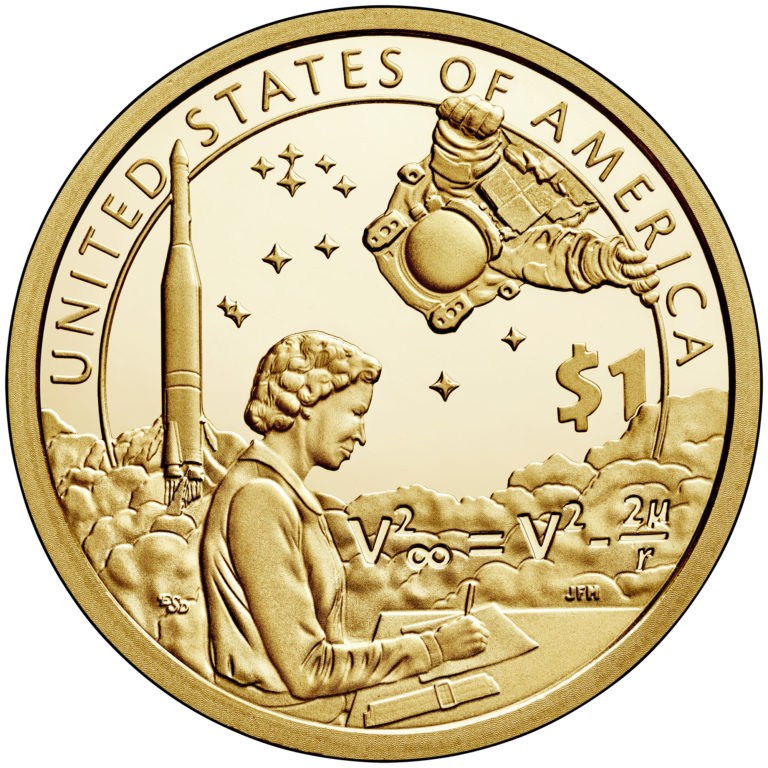 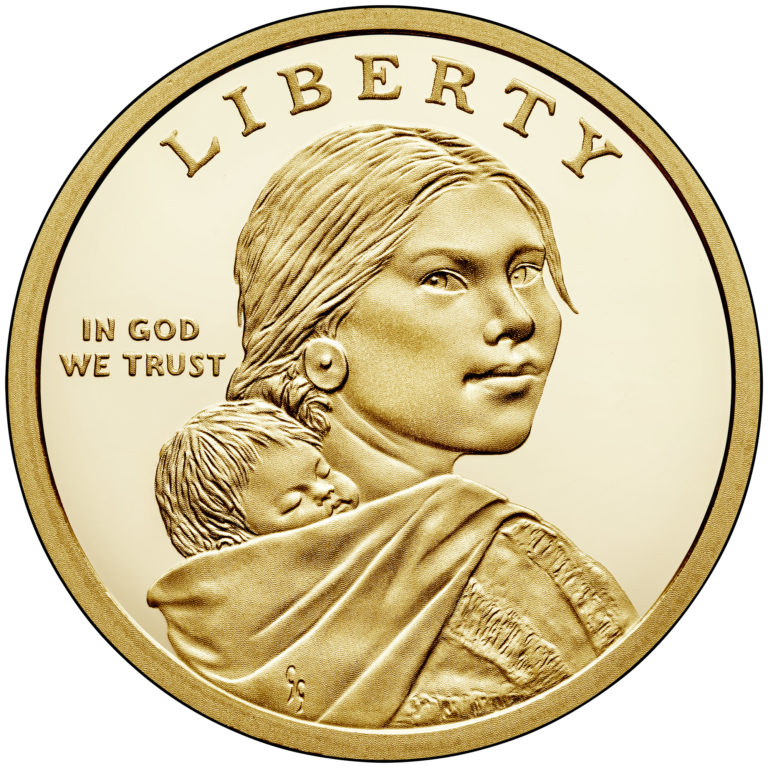 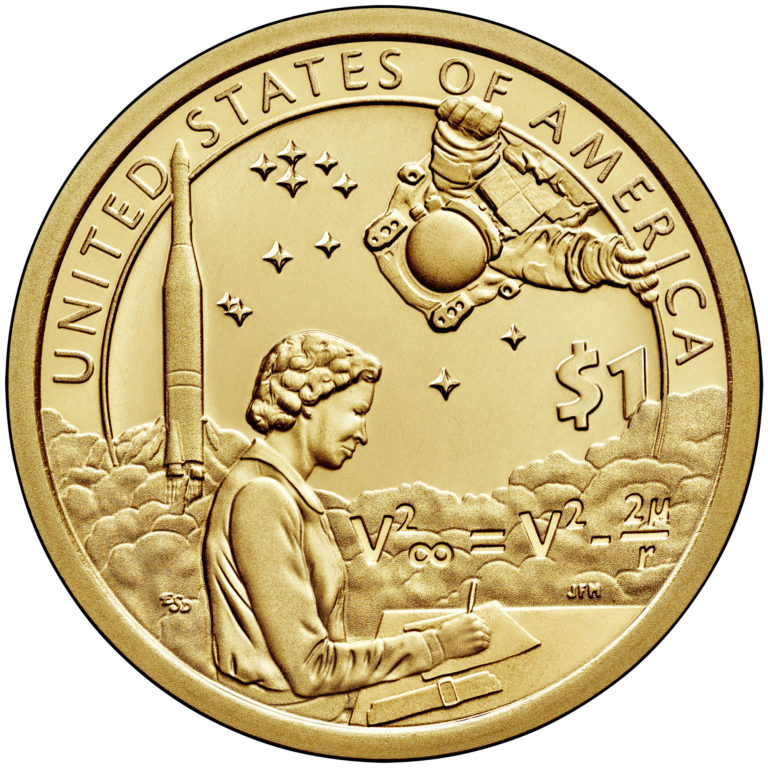 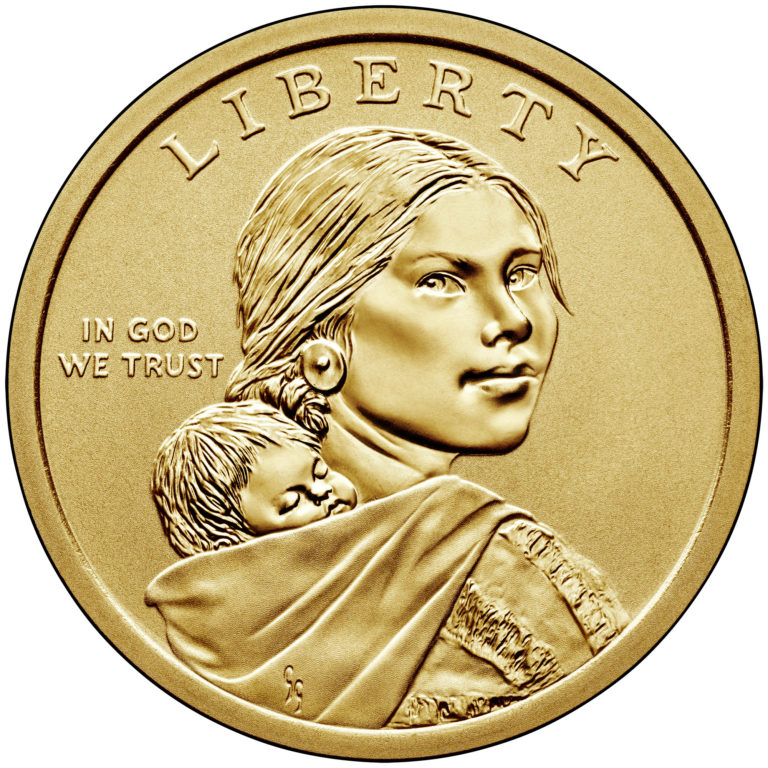 The theme of the 2019 Native American $1 Coin design is American Indians in the Space Program.

Native Americans have been on the modern frontier of space flight since the beginning of NASA. Their contributions to the U.S. space program culminated in the space walks of John Herrington (Chickasaw Nation) on the International Space Station in 2002. This and other pioneering achievements date back to the work of Mary Golda Ross (Cherokee Nation). Considered the first Native American engineer in the U.S. space program, Ross helped develop the Agena spacecraft for the Gemini and Apollo space programs.

The reverse (tails) design features Mary Golda Ross writing calculations. In the background, an Atlas-Agena rocket launches into space, with an equation inscribed in its cloud. The equation, denoting the energy it takes to leave Earth and reach the orbit of a distant planet, represents her important contributions to the space program. An astronaut, symbolic of Native American astronauts, including John Herrington, conducts a spacewalk above. A group of stars in the field behind indicates outer space.