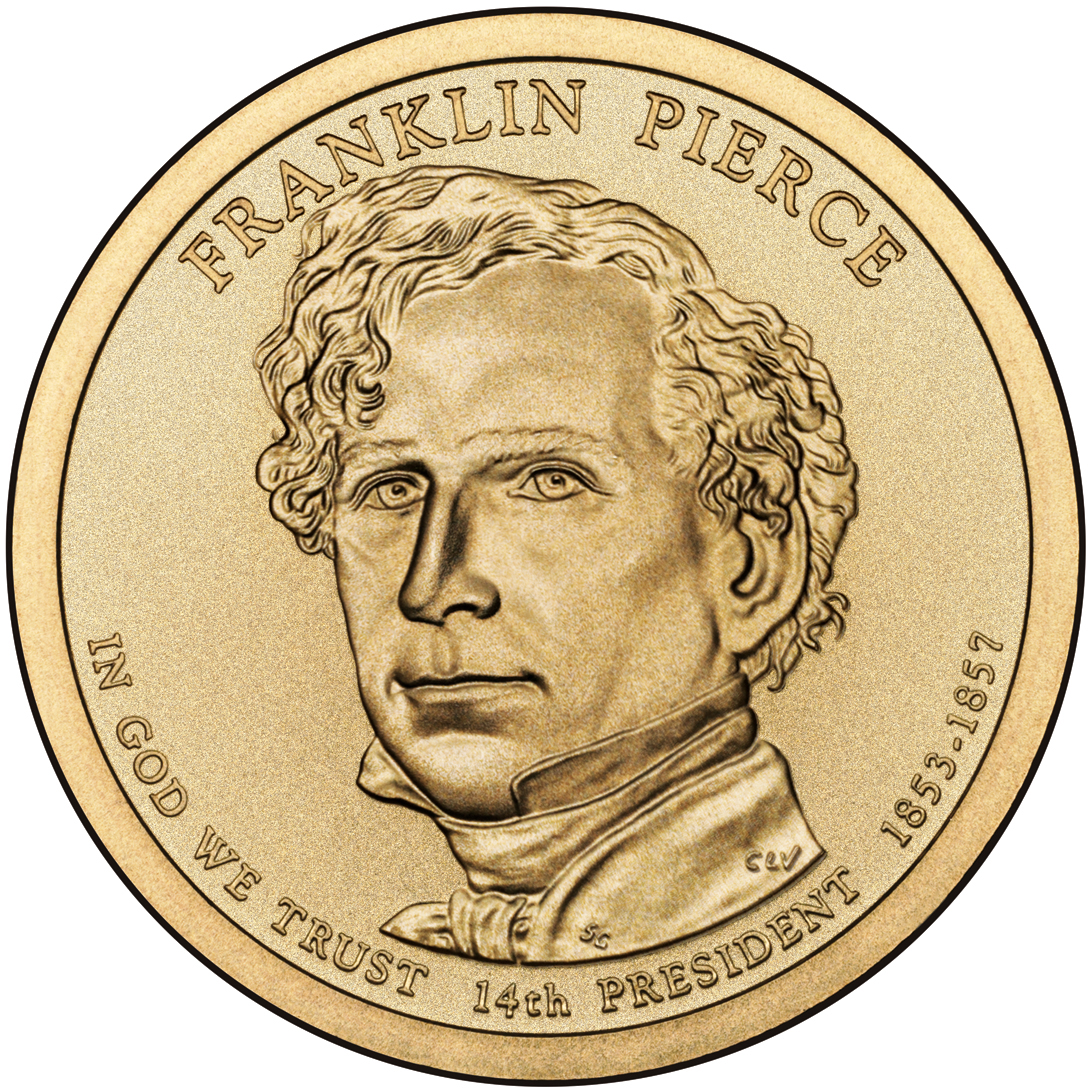 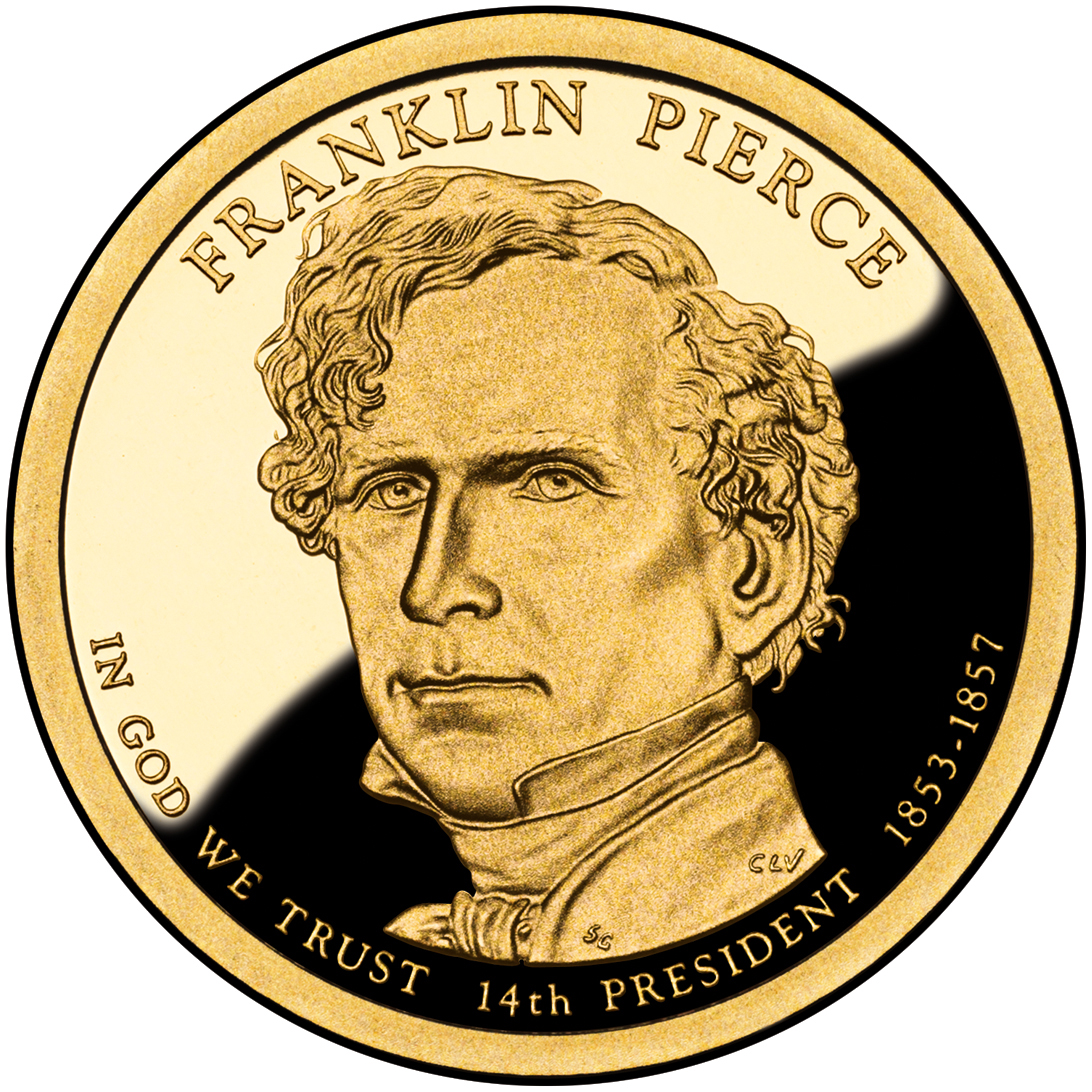 Franklin Pierce, the 14th U.S. President, was born on November 23, 1804, in Hillsboro, N.H. He was elected to the New Hampshire legislature, and later served in the U.S. House of Representatives and Senate. In 1847 he served briefly as a brigadier general in the Mexican-American War. Largely unknown to the public, Pierce was nominated for President in 1852 by the Democratic Party as a compromise candidate. Partly because of his strong support for the Compromise of 1850, which attempted to mitigate the slavery issue and preserve the Union, Pierce was elected President and served from 1853-1857.

While he was President, the U.S. negotiated the Gadsden Purchase with Mexico, which gave the U.S. land in present-day southern Arizona and New Mexico for a southern transcontinental railroad. Congress also passed the Kansas-Nebraska Act, which repealed the Missouri Compromise, thus reopening the possibility of slavery in the West under the principle of “popular sovereignty.” This was the belief that the people who settled a territory could determine whether to permit or prohibit slavery.

Denied re-nomination by his party for President in 1856, he retired from politics at the end of his term. He died on October 8, 1869, in Concord, N.H.

Act of February 21, 1857, removed the legal tender value of foreign coins in the U.S. and authorized the weight and composition of one-cent coins.