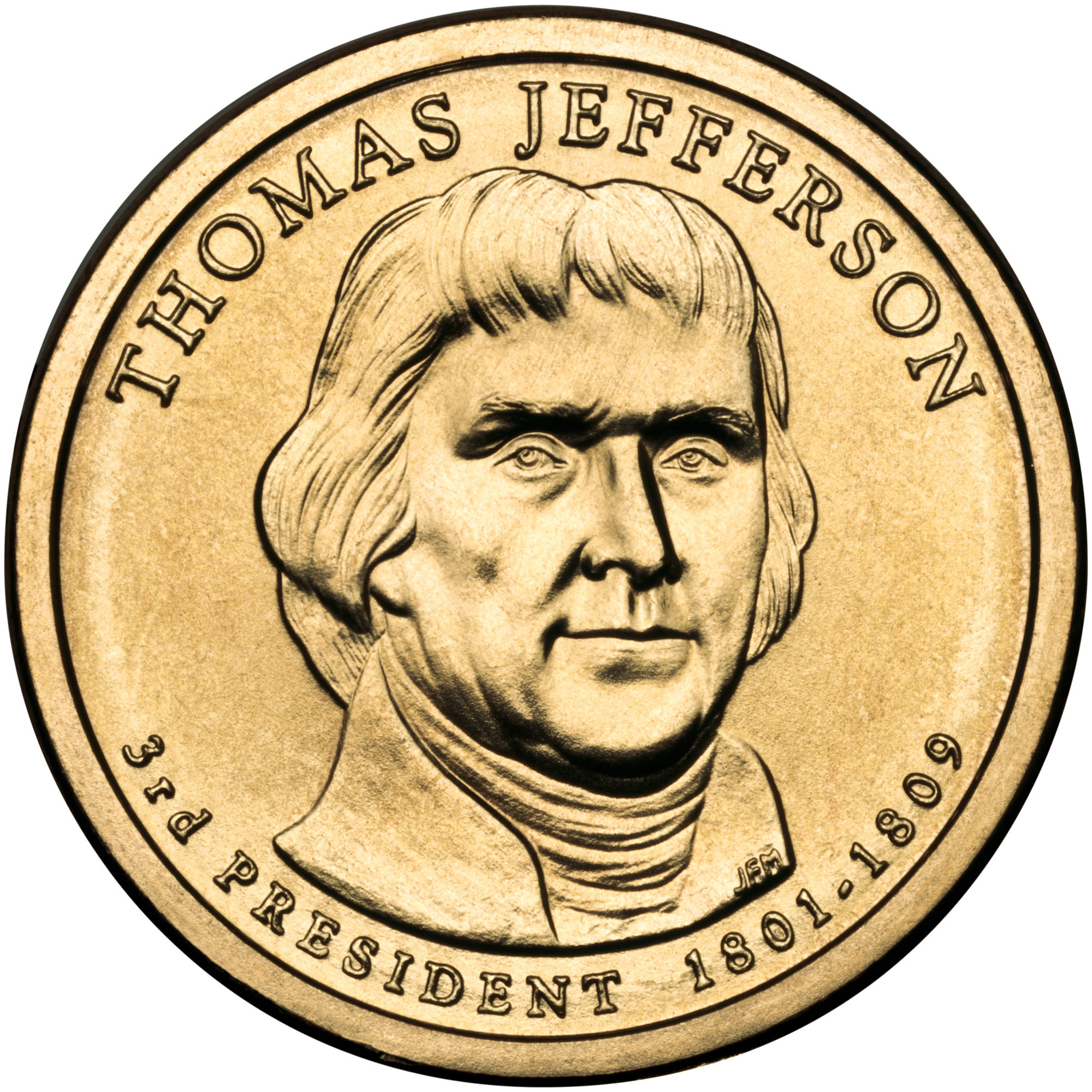 Sometimes referred to as the “silent member” of the Continental Congress, Thomas Jefferson spoke volumes with his pen. He drafted the Declaration of Independence at the age of 33, and later succeeded Benjamin Franklin as America’s foreign minister to France.

During his first term as President, Thomas Jefferson virtually doubled the size of the United States when his Administration successfully completed the Louisiana Purchase in 1803 and commissioned the Lewis & Clark Expedition to explore the new territory. The United States Mint’s recent Westward Journey Nickel Series™ marked the bicentennial of these important events.

At the end of his Presidency, Jefferson retired to Monticello, where he worked to establish the University of Virginia in nearby Charlottesville. In March 1825, the school opened to serve its first 123 students.

Act of March 3, 1803 — This Act directs the location of the United States Mint to remain in Philadelphia for five years.

Act of April 10, 1806 — This Act authorizes certain gold and silver coinage from foreign countries as legal tender for the payment of all debts within the United States.

Act of April 21, 1806 — This Act establishes the penalty for counterfeiting both foreign and domestic coins to be between three and ten years hard labor.

Act of April 1, 1808 — This Act continues to fix the location of the United States Mint in Philadelphia for five more years.