The Purple Heart is awarded to any member of the U.S. Armed Forces who has been wounded or killed by enemy action. Since World War I, it has been awarded to an estimated 1.8 million servicemen and servicewomen.

The Purple Heart’s history reaches back to the American Revolution. In 1782, General George Washington gave orders establishing the Badge of Military Merit to honor merit among soldiers in the Continental Army. Washington stated that the award was to be a permanent one, but once the Revolution ended, it was all but forgotten until the 20th century. General John J. “Blackjack” Pershing suggested a need for a merit award in 1918, but it wasn’t until 1932 that the modern Purple Heart was created in recognition of Washington’s ideals and for the bicentennial of his birth.

On May 28, 1932, 136 World War I veterans were conferred their Purple Hearts at Temple Hill, in New Windsor, New York. Temple Hill was the site of the New Windsor Cantonment, which was the final encampment of the Continental Army in the winter of 1782-1783.

The National Purple Heart Hall of Honor opened in 2006 to share the stories of courage and sacrifice of Purple Heart recipients. It is located at the site of the New Windsor Cantonment. 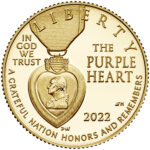 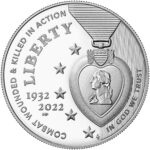 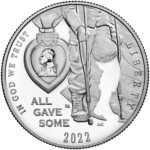