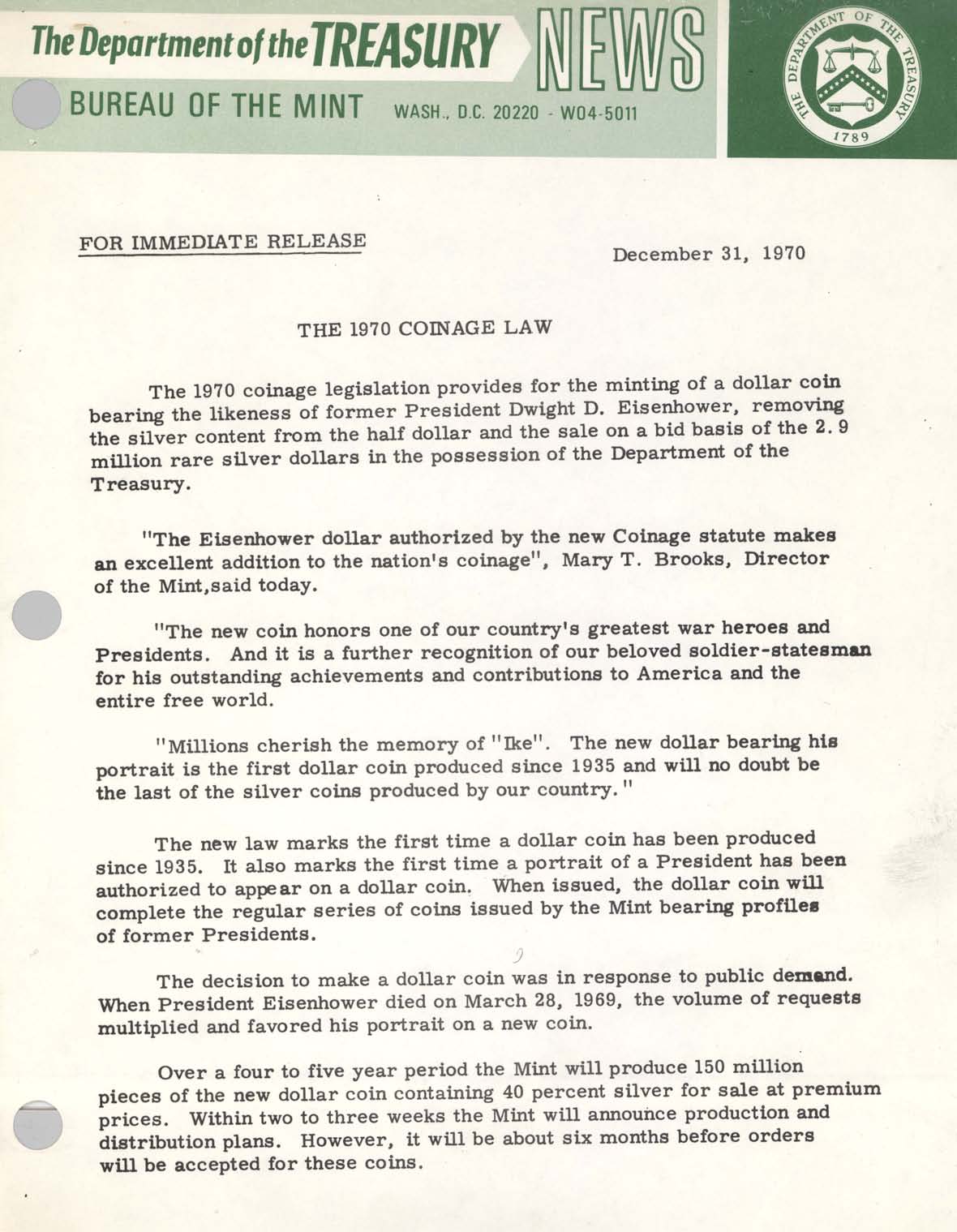 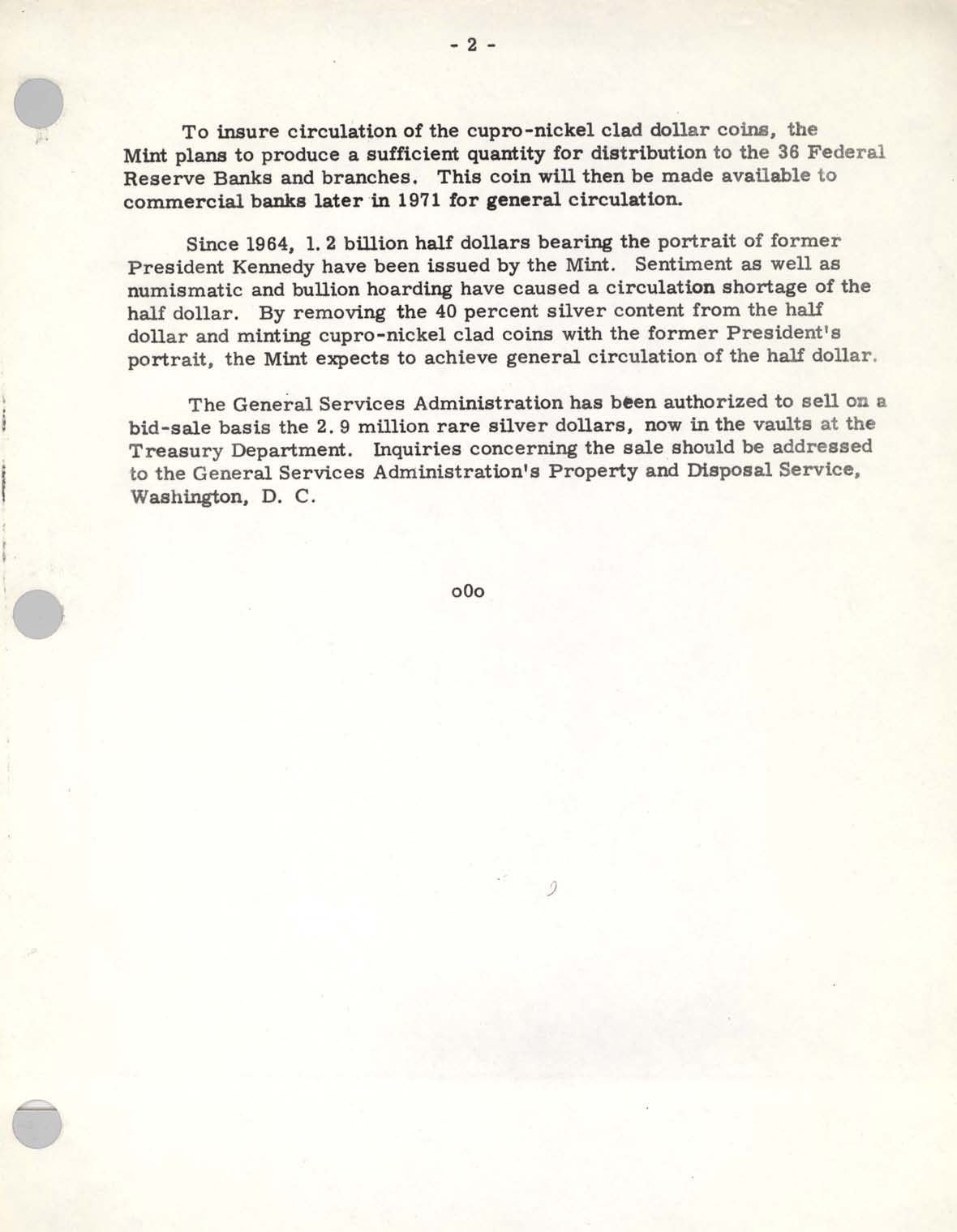 The 1970 coinage legislation provides for the minting of a dollar coin bearing the likeness of former President Dwight D. Eisenhower, removing the silver content from the half dollar and the sale on a bid basis of the 2.9 million rare silver dollars in the possession of the Department of the Treasury.

“The Eisenhower dollar authorized by the new Coinage statute makes an excellent addition to the nation’s coinage”, Mary T. Brooks, Director of the Mint, said today.

“The new coin honors one of our country’s greatest war heroes and Presidents. And it is further recognition of our beloved soldier-statesman for his outstanding achievements and contributions to America and the entire free world.

“Millions cherish the memory of “Ike”. The new dollar bearing his portrait is the first dollar coin produced since 1935 and will no doubt be the last of the silver coins produced by our country.”

The decision to make a dollar coin was in response to public demand. When President Eisenhower died on March 28, 1969, the volume of requests multiplied and favored his portrait on a new coin.

Over a four to five year period the Mint will produce 150 million pieces of the new dollar coin containing 40 percent silver for sale at premium prices. Within two to three weeks the Mint will announce production and distribution plans. However, it will be about six months before orders will be accepted for these coins.

To insure circulation of the cupro-nickel clad dollar coins, the Mint plans to produce a sufficient quantity for distribution to the 36 Federal Reserve Banks and branches. This coin will then be made available to commercial banks later in 1971 for general circulation.