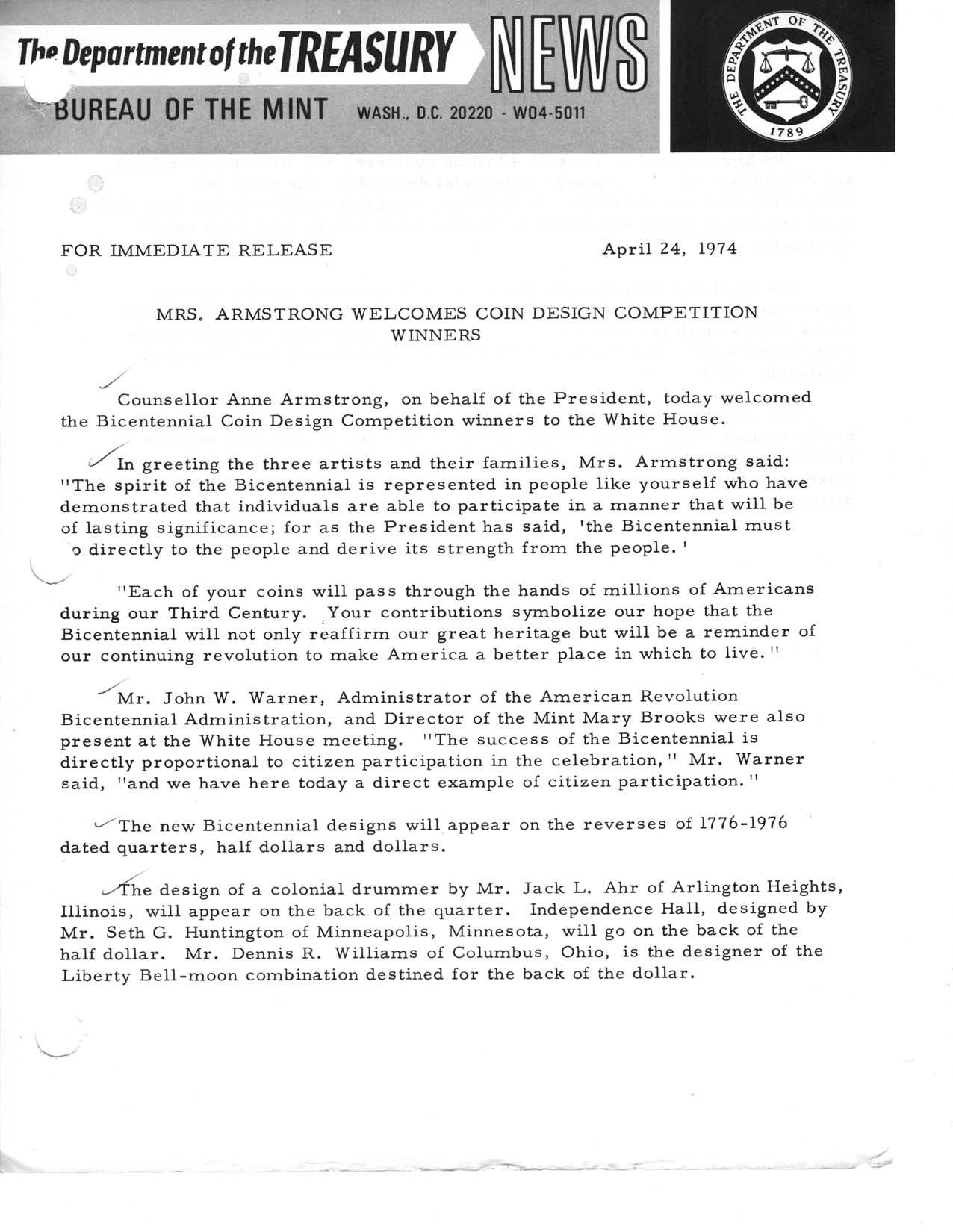 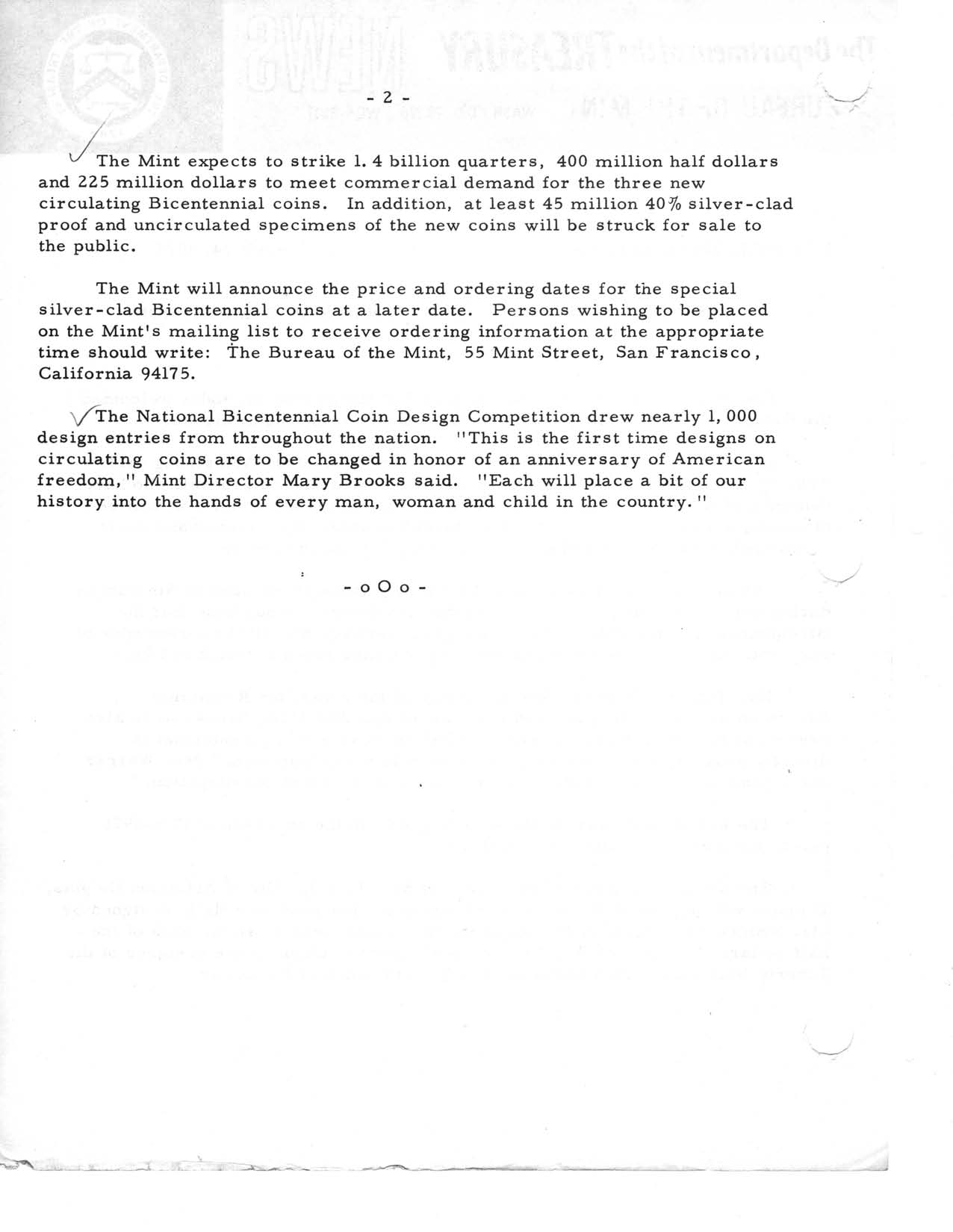 Counsellor Anne Armstrong, on behalf of the President, today welcomed the Bicentennial Coin Design Competition winners to the White House.

In greeting the three artists and their families, Mrs. Armstrong said: “The spirit of the Bicentennial is represented in people like yourself who have demonstrated that individuals are able to participate in a manner that will be of lasting significance; for as the President has said, ‘the Bicentennial must go directly to the people and derive its strength from the people.’

“Each of your coins will pass through the hands of millions of Americans during our Third Century. Your contributions symbolize our hope that the Bicentennial will not only reaffirm our great heritage but will be a reminder of our continuing revolution to make America a better place in which to live.”

The new Bicentennial designs will appear on the reverses of 1776-1976 dated quarters, half dollars and dollars.

The design of a colonial drummer by Mr. Jack L. Ahr of Arlington Heights, Illinois, will appear on the back of the quarter. Independence Hall, designed by Mr. Seth G. Huntington of Minneapolis, Minnesota, will go on the back of the half dollar. Mr. Dennis R. Williams of Columbus, Ohio, is the designer of the Liberty Bell-moon combination destined for the back of the dollar.

The Mint expects to strike 1.4 billion quarters, 400 million half dollars and 225 million dollars to meet commercial demand for the three new circulating Bicentennial coins. In addition, at least 45 million 40% silver-clad proof and uncirculated specimens of the new coins will be struck for sale to the public.

The Mint will announce the price and ordering dates for the special silver-clad Bicentennial coins at a later date. Persons wishing to be placed on the Mint’s mailing list to receive ordering information at the appropriate time should write: The Bureau of the Mint, 55 Mint Street, San Francisco, California 94175.

The National Bicentennial Coin Design Competition drew nearly 1,000 design entries from throughout the nation. “This is the first time designs on circulating coins are to be changed in honor of an anniversary of American freedom,” Mint Director Mary Brooks said. “Each will place a bit of our history into the hands of every man, woman and child in the country.