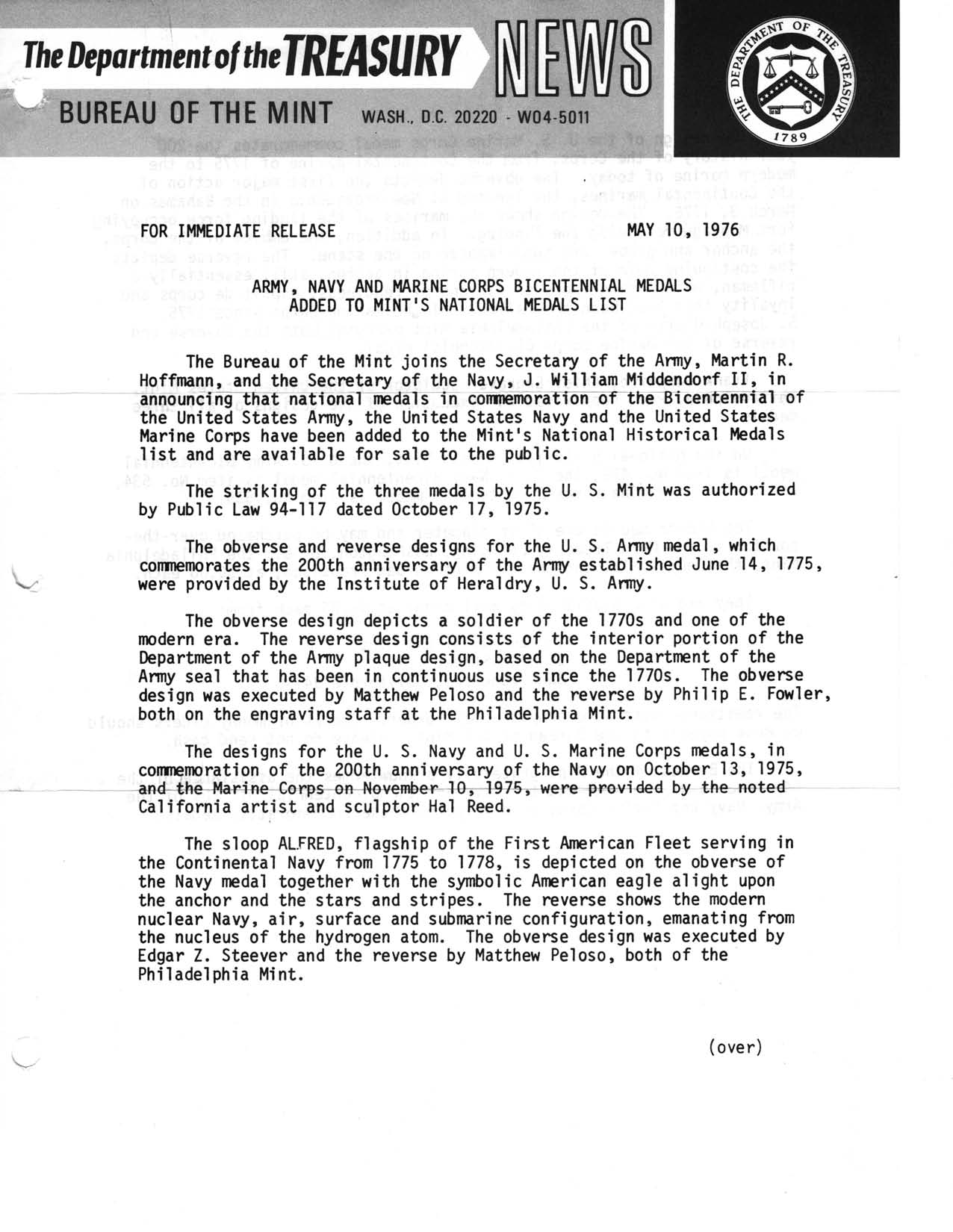 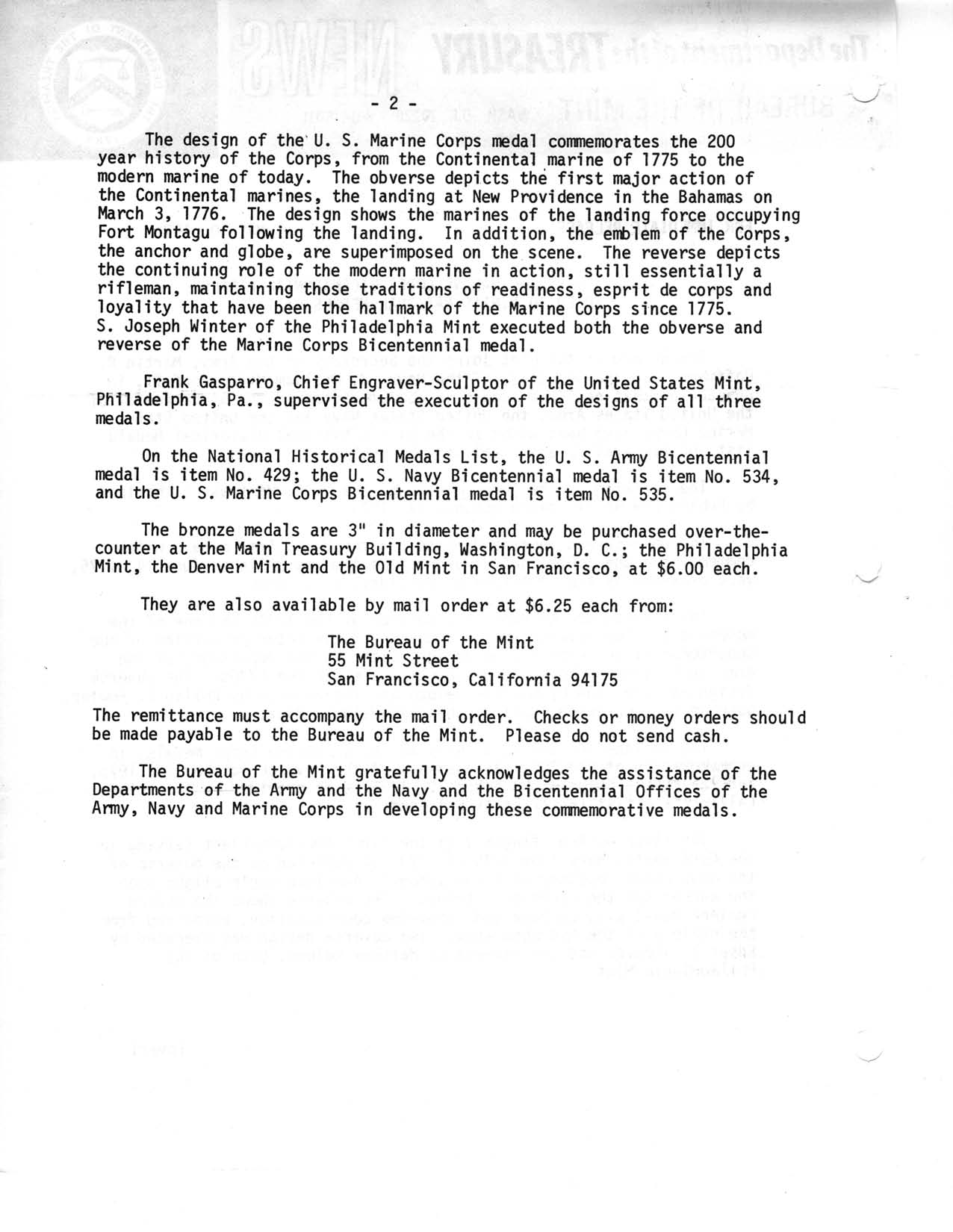 The obverse and reverse designs for the U.S. Army medal, which commemorates the 200th anniversary of the Army established June 14, 1775, were provided by the Institute of Heraldry, U.S. Army.

The designs for the U.S. Navy and the U.S. Marine Corps medals, in commemoration of the 200th anniversary of the Navy on October 13, 1975, and the Marine Corps on November 10, 1975, were provided by the noted California artist and sculptor Hal Reed.

The sloop ALFRED, flagship of the First American Fleet serving in the Continental Navy from 1775 to 1778, is depicted on the obverse of the Navy medal together with the symbolic American eagle alight upon the anchor and the stars and stripes. The reverse shows the modern nuclear Navy, air, surface and submarine configuration, emanating from the nucleus of the hydrogen atom. The obverse design was executed by Edgar Z. Steever and the reverse by Matthew Peloso, both of the Philadelphia Mint.

The design of the U.S. Marine Corps medal commemorates the 200 year history of the Corps, from Continental marine of 1775 to the modern marine of today. The obverse depicts the first major action of the Continental marines, the landing at New Providence in the Bahamas on March 3, 1776. The design shows the marines of the landing occupying Fort Montagu following the landing. In addition, the emblem of the corps, the anchor and globe, are superimposed on the scene. The reverse depicts the continuing role of the modern marine in action, still essentially a rifleman, maintaining those traditions of readiness, esprit de corps and loyality that have been the hallmark of the Marine Corps since 1775. S. Joseph Winter of the Philadelphia Mint executed both the obverse and reverse of the Marine Corps Bicentennial medal.

Frank Gasparro, Chief Engraver-Sculptor of the United States Mint, Philadelphia, Pa., supervised the execution of the designs of all three medals.

The bronze medals are 3″ in diameter and may be purchased over-the-counter at the Main Treasury Building, Washington, D.C.; the Philadelphia Mint, the Denver Mint and the Old Mint in San Francisco, at $6.00 each.

They are also available by mail order at $6.25 each from:

The Bureau of the Mint
55 Mint Street
San Francisco, California 94175

The remittance must accompany the mail order. Checks or money orders should be made payable to the Bureau of the Mint. Please do not send cash.

The Bureau of the Mint gratefully acknowledges the assistance of the Departments of the Army and the Navy and the Bicentennial Offices of the Army, Navy and Marine Corps in developing these commemorative medals.