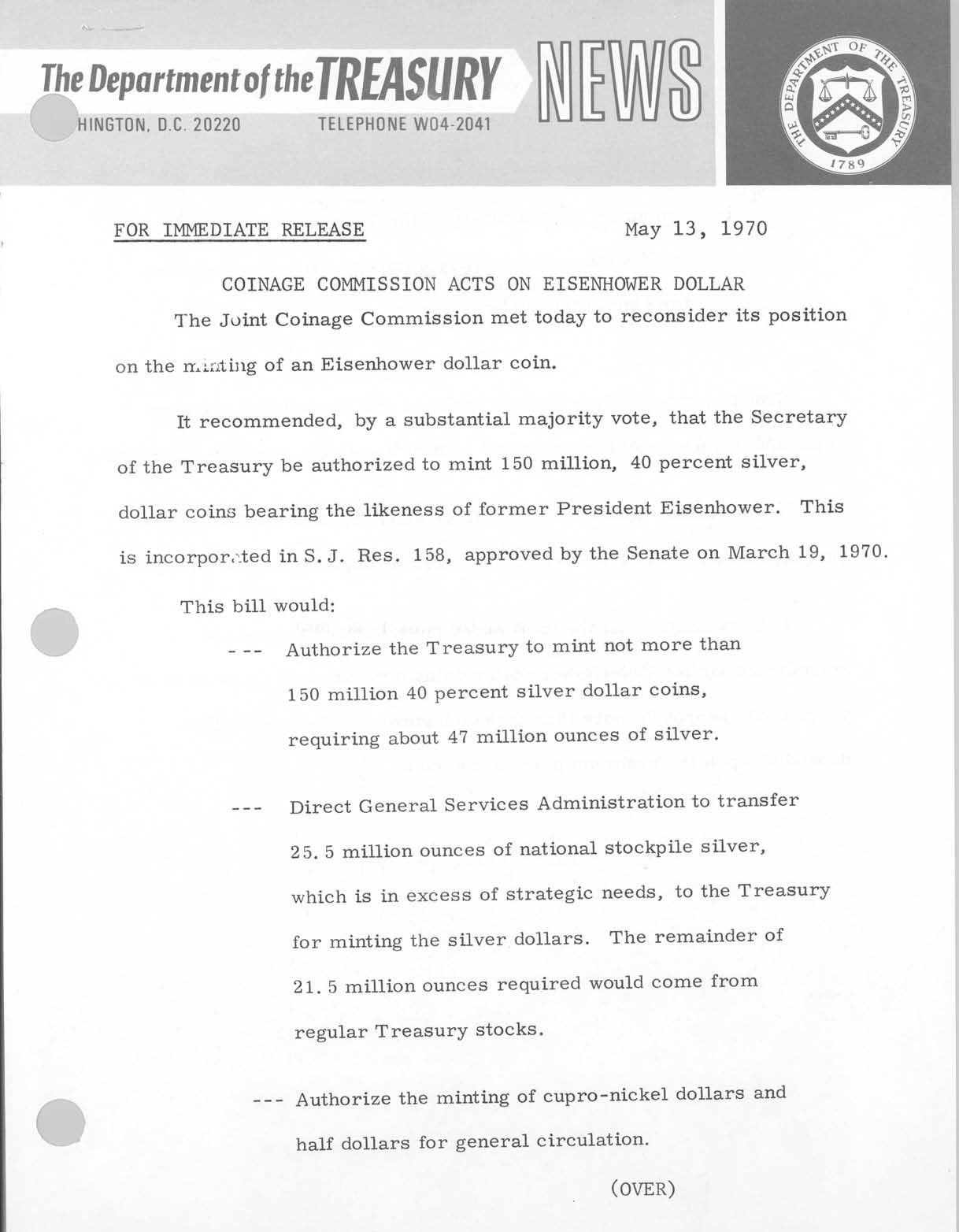 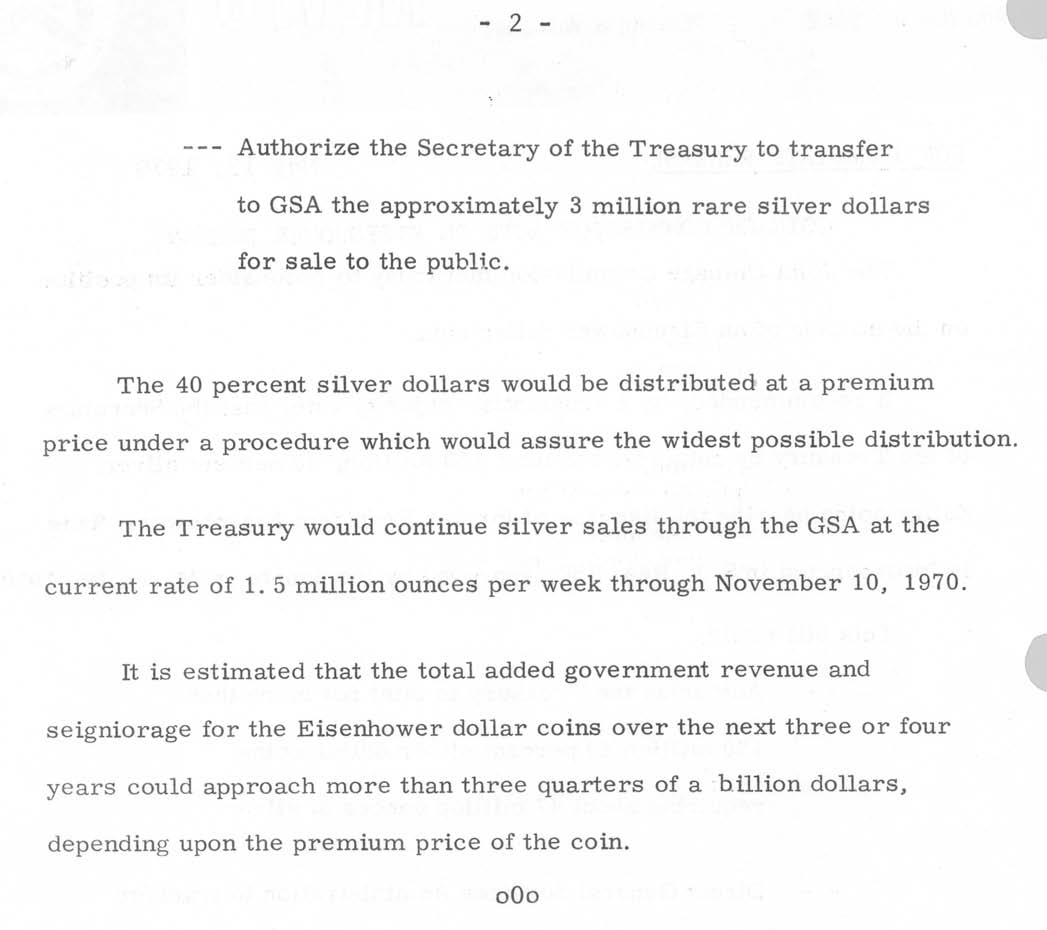 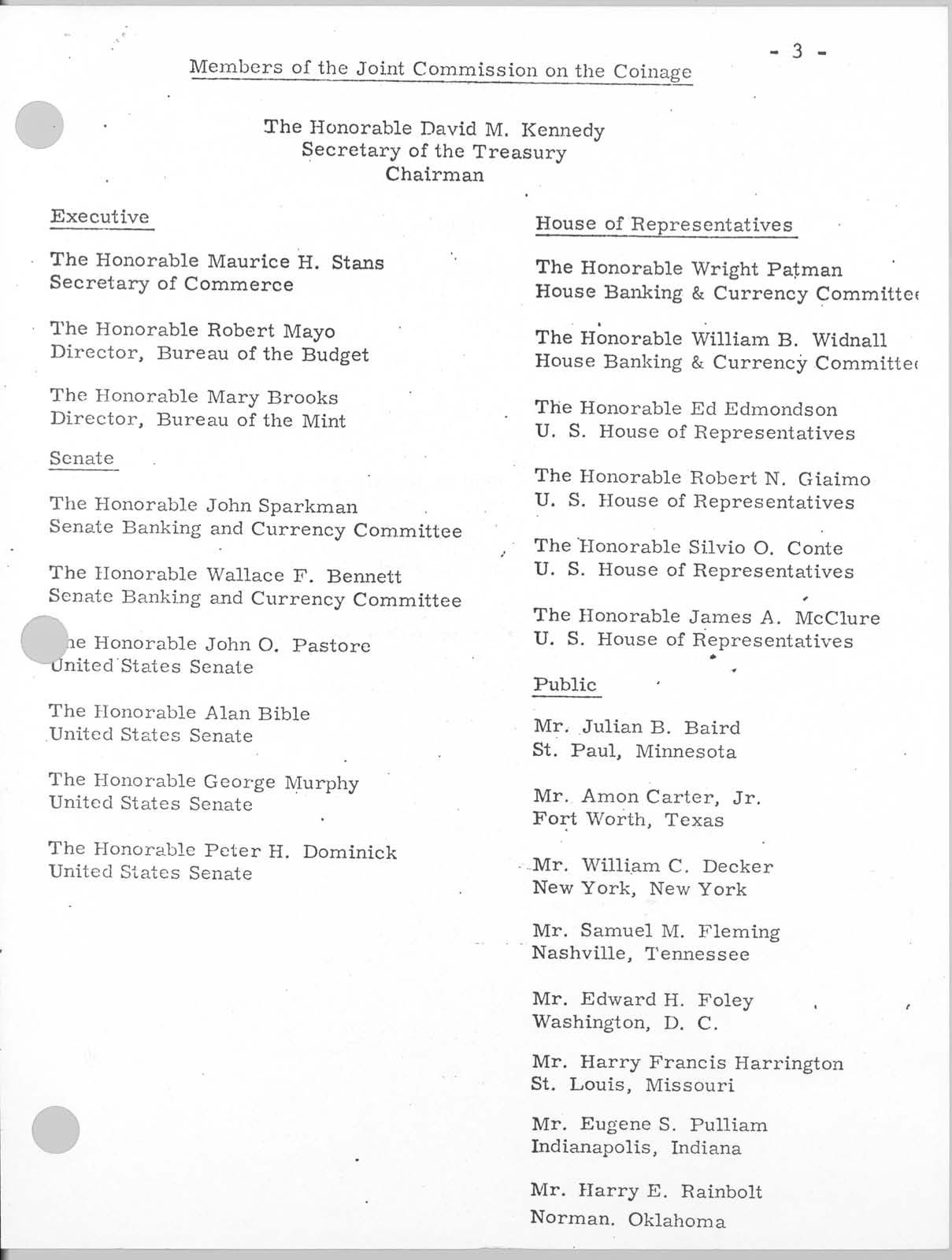 The Joint Coinage Commission met today to reconsider its position on the minting of an Eisenhower dollar coin.

It recommended, by a substantial majority vote, that the Secretary of the Treasury be authorized to mint 150 million, 40 percent silver, dollar coins bearing the likeness of former President Eisenhower. This is incorporated in S.J. Res. 158, approved by the Senate on March 19, 1970.

The 40 percent silver dollars would be distributed at a premium price under a procedure which would assure the widest possible distribution.

The Treasury would continue silver sales through the GSA at the current rate of 1.5 million ounces per week through November 10, 1970.

It is estimated that the total added government revenue and seigniorage for the Eisenhower dollar coins over the next three or four years could approach more than three quarters of a billion dollars, depending upon the premium price of the coin.