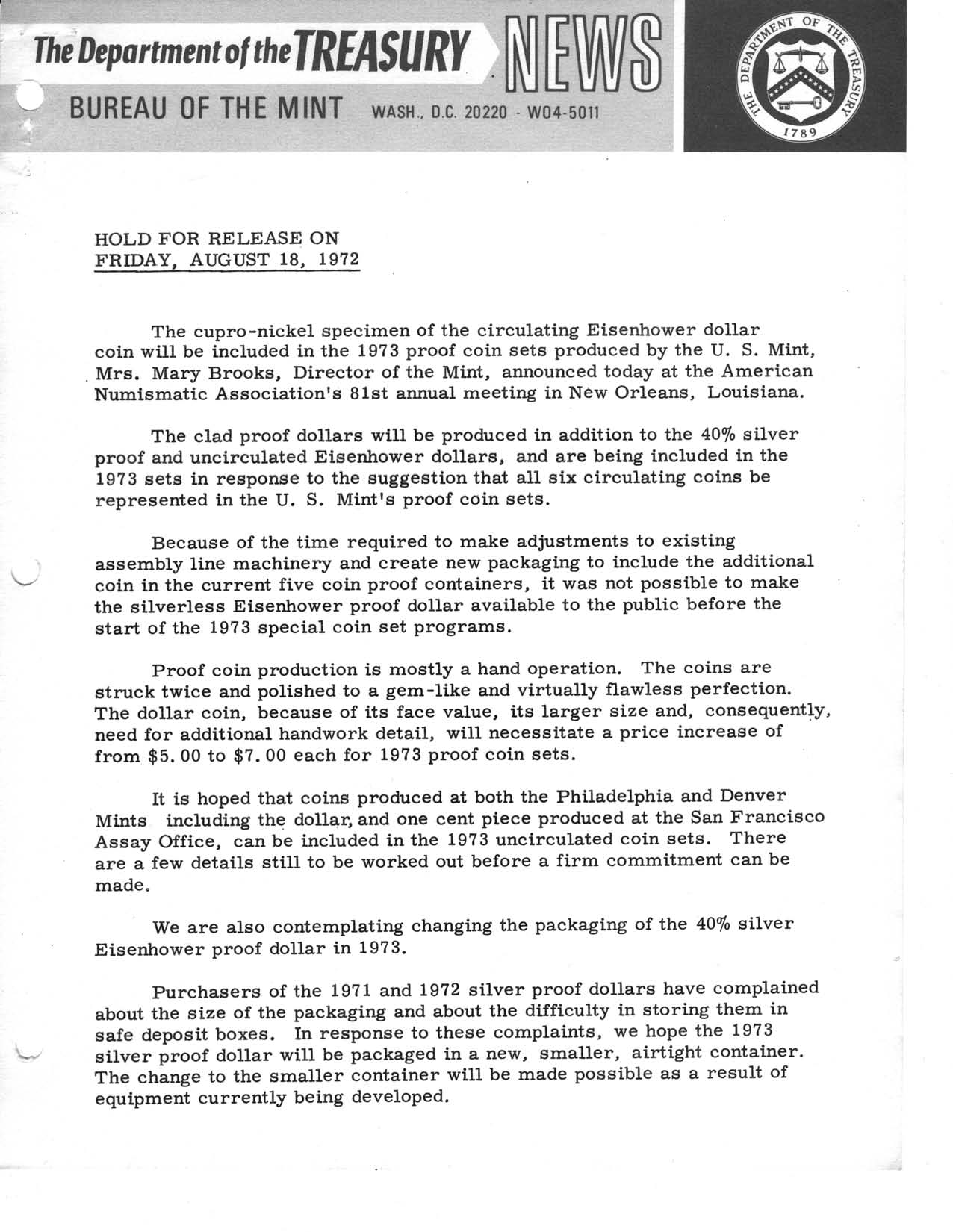 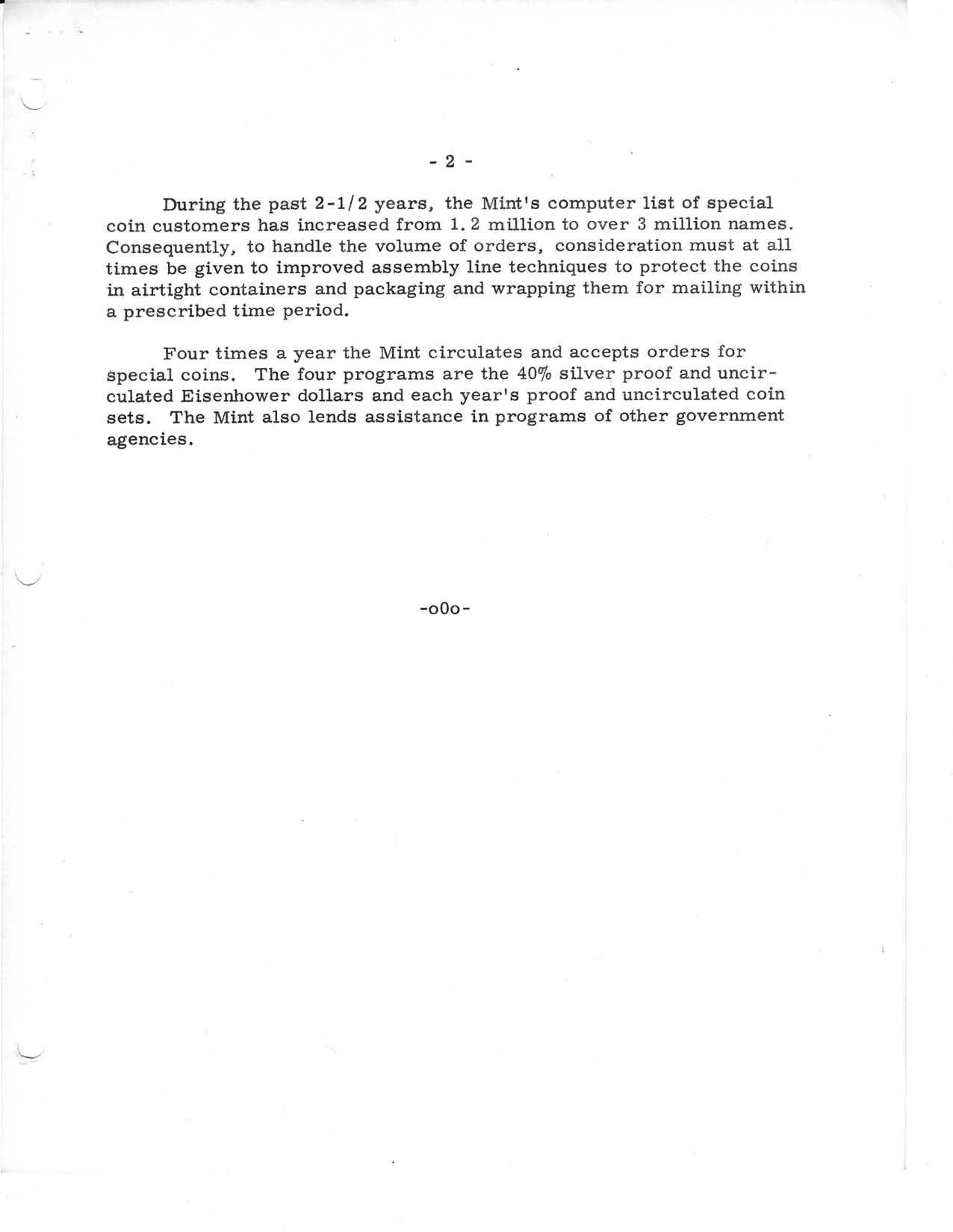 The cupro-nickel specimen of the circulating Eisenhower dollar coin will be included in the 1973 proof coin sets produced by the U.S. Mint, Mrs. Mary Brooks, Director of the Mint, announced today at the American Numismatic Association’s 81st annual meeting in New Orleans, Louisiana.

The clad proof dollars will be produced in addition to the 40% silver proof and uncirculated Eisenhower dollars, and are being included in the 1973 sets in response to the suggestion that all six circulating coins be represented in the U.S. Mint’s proof coin sets.

Because of the time required to make adjustments to existing assembly line machinery and create new packaging to include the additional coin in the current five coin proof containers, it was not possible to make the silverless Eisenhower proof dollar available to the public before the start of the 1973 special coin set programs.

Proof coin production is mostly a hand operation. The coins are struck twice and polished to a gem-like and virtually flawless perfection. The dollar coin, because of its face value, its larger size and, consequently, need for additional handwork detail, will necessitate a price increase of from $5.00 to $7.00 each for 1973 proof coin sets.

It is hoped that coins produced at both the Philadelphia and Denver Mints including the dollar, and one cent piece produced at the San Francisco Assay Office, can be included in the 1973 uncirculated coin sets. There are a few details still to be worked out before a firm commitment can be made.

We are also contemplating changing the packaging of the 40% silver Eisenhower proof dollar in 1973.

Purchasers of the 1971 and 1972 silver proof dollars have complained about the size of the packaging and about the difficulty in storing them in safe deposit boxes. In response to these complaints, we hope the 1973 silver proof dollar will be packaged in a new, smaller, airtight container. The change to the smaller container will be made possible as a result of equipment currently being developed.

During the past 2-1/2 years, the Mint’s computer list of special coin customers has increased from 1.2 million to over 3 million names. Consequently, to handle the volume of orders, consideration must at all times be given to improved assembly line techniques to protect the coins in airtight containers and packaging and wrapping them for mailing within a prescribed time period.