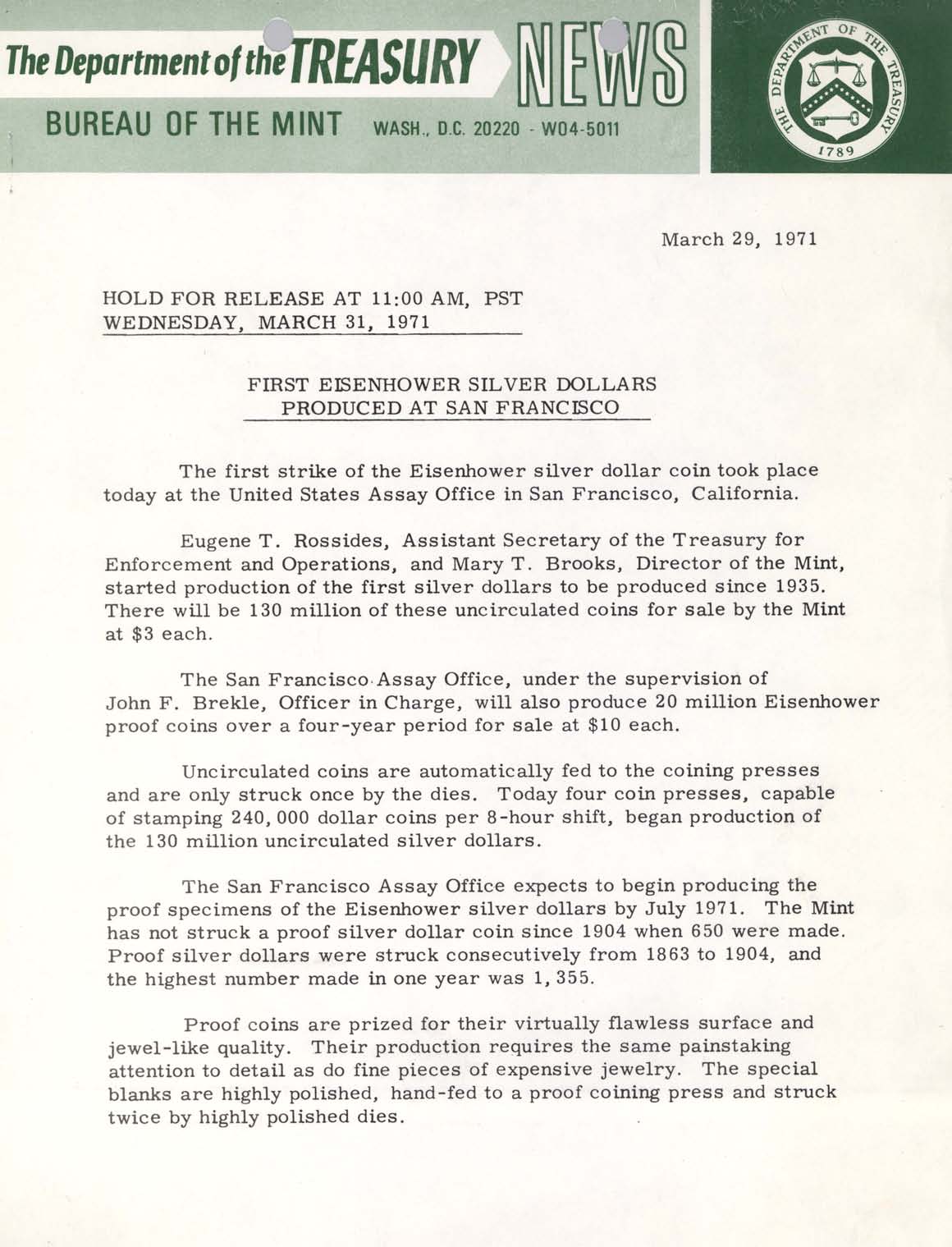 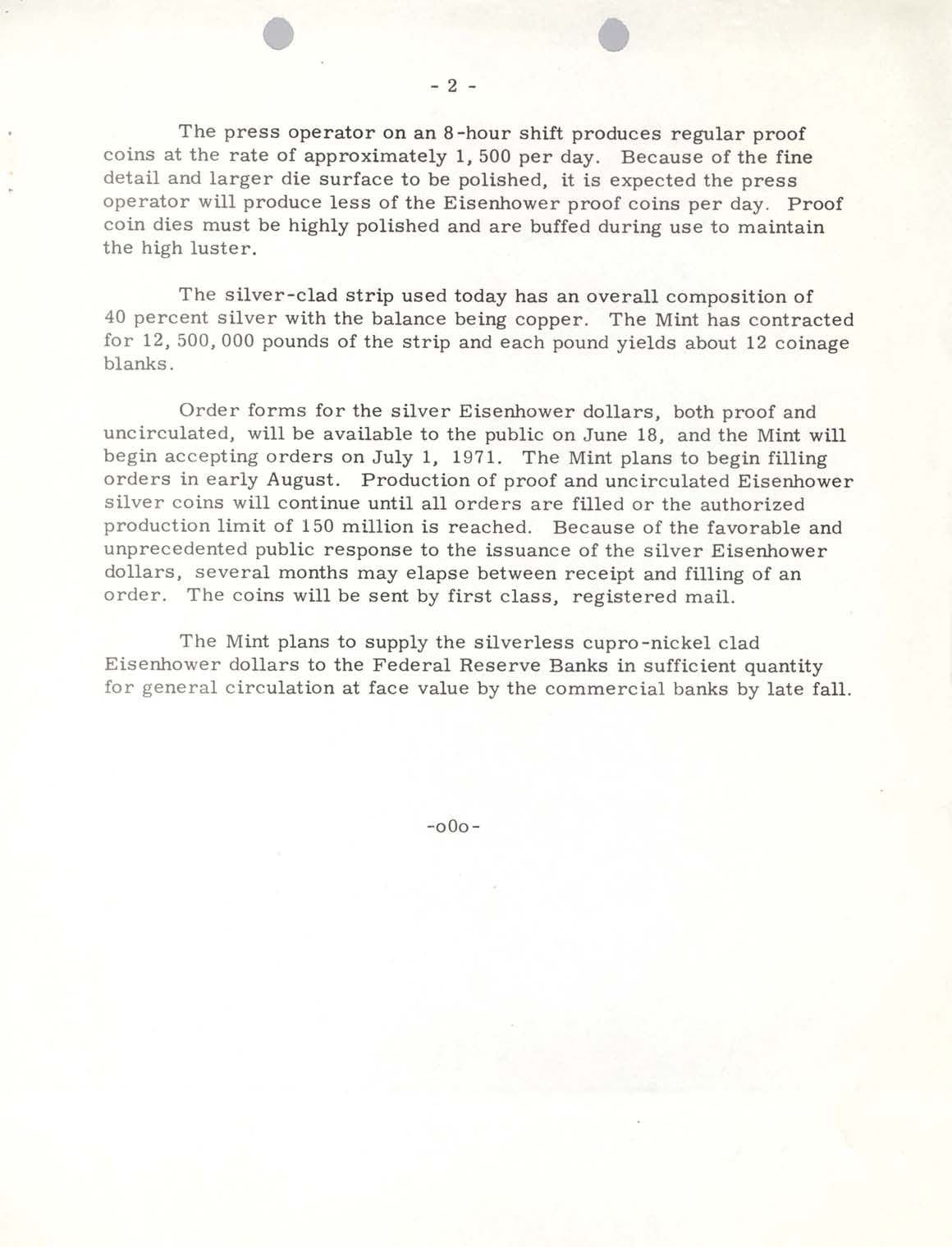 Eugene T. Rossides, Assistant Secretary of the Treasury for Enforcement and Operations, and Mary T. Brooks, Director of the Mint, started production of the first silver dollars to be produced since 1935. There will be 130 million of these uncirculated coins for sale by the Mint at $3 each.

The San Francisco Assay Office, under the supervision of John F. Brekle, Officer in Charge, will also produce 20 million Eisenhower proof coins over a four-year period for sale at $10 each.

Uncirculated coins are automatically fed to the coining presses and are only struck once by the dies. Today four coin presses, capable of stamping 240,000 dollar coins per 8-hour shift, began production of the 130 million uncirculated silver dollars.

The San Francisco Assay Office expects to begin producing the proof specimens of the Eisenhower silver dollars by July 1971. The Mint has not struck a proof silver dollar coin since 1904 when 650 were made. Proof silver dollars were struck consecutively from 1863 to 1904, and the highest number made in one year was 1,355.

Proof coins are prized for their virtually flawless surface and jewel-like quality. Their production requires the same painstaking attention to detail as do fine pieces of expensive jewelry. The special blanks are highly polished, hand-fed to a proof coining press and struck twice by highly polished dies.

The press operator on an 8-hour shift produces regular proof coins at the rate of approximately 1,500 per day. Because of the fine detail and larger die surface to be polished, it is expected the press operator will produce less of the Eisenhower proof coins per day. Proof coin dies must be highly polished and are buffed during use to maintain the high luster.

The silver-clad strip used today has an overall composition of 40 percent silver with the balance being copper. The Mint has contracted for 12,500,000 pounds of the strip and each pound yields about 12 coinage blanks.

Order forms for the silver Eisenhower dollars, both proof and uncirculated, will be available to the public on June 18, and the Mint will begin accepting orders on July 1, 1971. The Mint plans to begin filling orders in early August. Production of proof and uncirculated Eisenhower silver coins will continue until all orders are filled or the authorized production limit of 150 million is reached. Because of the favorable and unprecedented public response to the issuance of the silver Eisenhower dollars, several months may elapse between receipt and filling of an order. The coins will be sent by first class, registered mail.

The Mint plans to supply the silverless cupro-nickel clad Eisenhower dollars to the Federal Reserve Banks in sufficient quantity for general circulation at face value by the commercial banks by late fall.