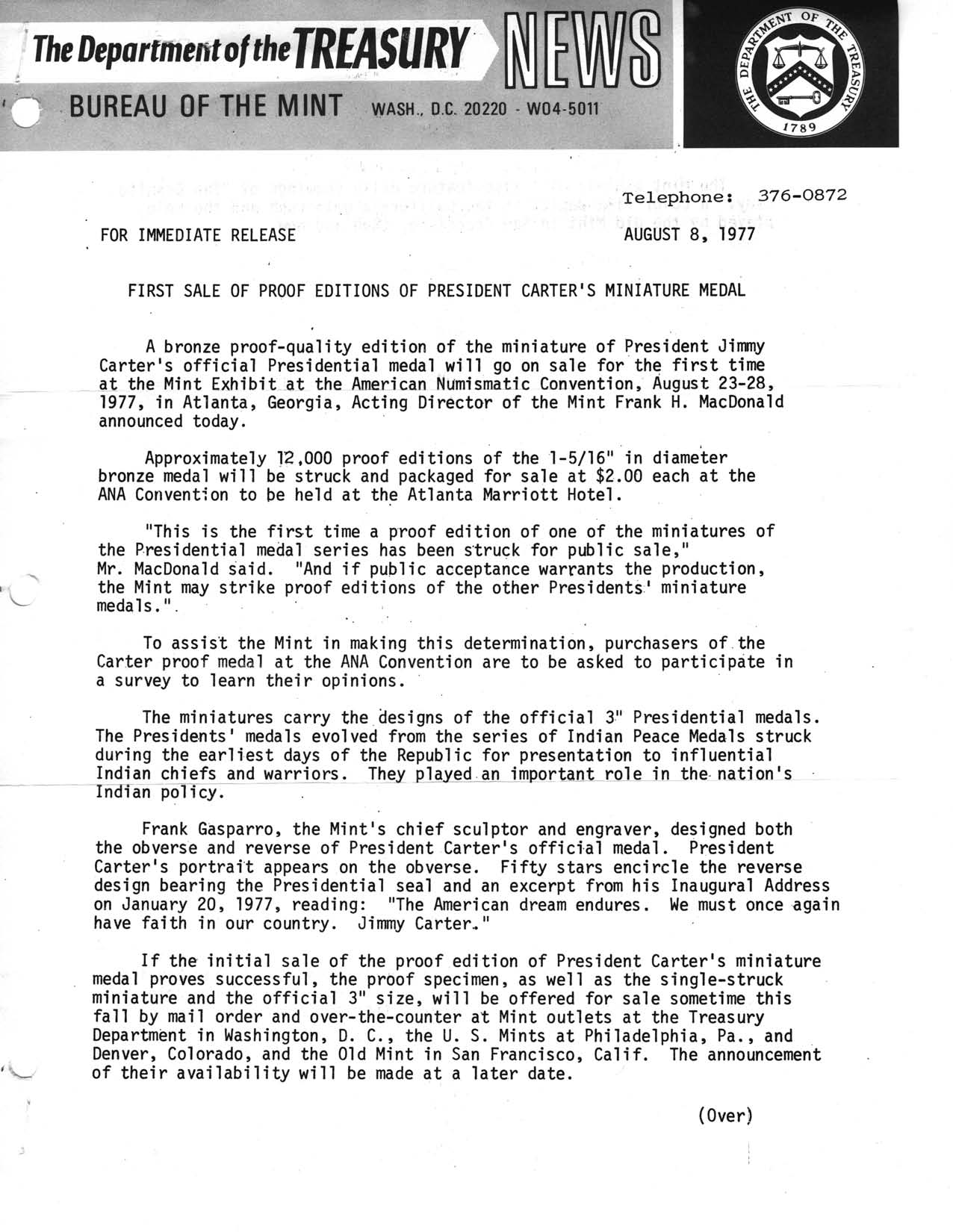 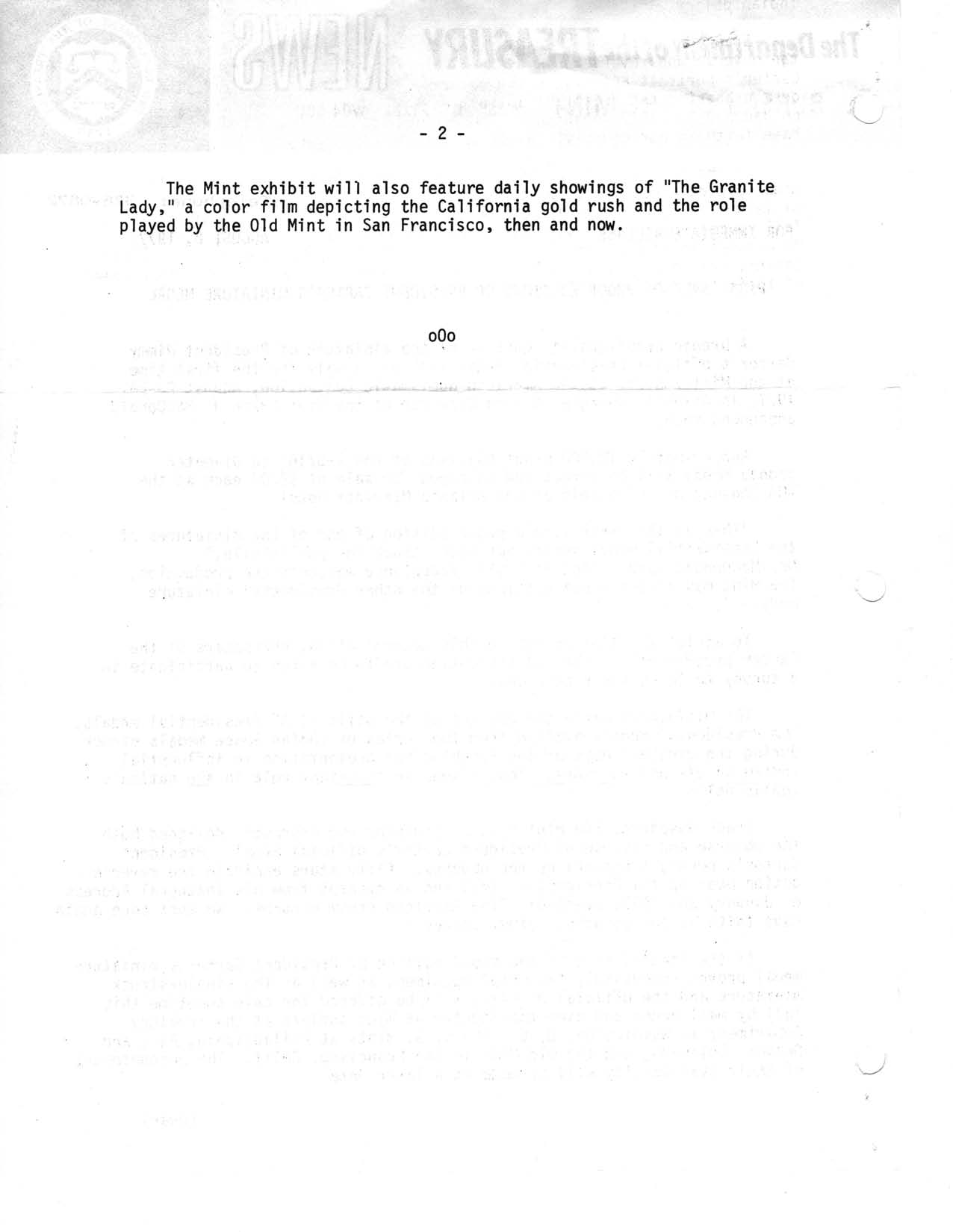 A bronze proof-quality edition of the miniature of President Jimmy Carter’s official Presidential medal will go on sale for the first time at the Mint Exhibit at the American Numismatic Convention, August 23-28, 1977, in Atlanta, Georgia, Acting Director of the Mint Frank H. MacDonald announced today.

Approximately 12,000 proof editions of the 1-5/16″ in diameter bronze medal will be struck and packaged for sale at $2.00 each at the ANA Convention to be held at the Atlanta Marriott Hotel.

“This is the first time a proof edition of one of the miniatures of the Presidential medal series has been struck for public sale,” Mr. MacDonald said. “And if public acceptance warrants the production, the Mint may strike proof editions of the other Presidents’ miniature medals.”

To assist the Mint in making this determination, purchasers of the Carter proof medal at the ANA Convention are to be asked to participate in a survey to learn their opinions.

The miniatures carry the designs of the official 3″ Presidential medals. The Presidents’ medals evolved from the series of the Indian Peace Medals struck during the earliest days of the Republic for representation to influential Indian chiefs and warriors. They played an important role in the nation’s Indian policy.

Frank Gasparro, the Mint’s chief sculptor and engraver, designed both the obverse and reverse of President Carter’s official medal. President Carter’s portrait appears on the obverse. Fifty stars encircle the reverse design bearing the Presidential seal and an excerpt from his Inaugural Address on January 20, 1977, reading: “The American dream endures. We must once again have faith in our country. Jimmy Carter.”

If the initial sale of the proof edition of President Carter’s miniature medal proves successful, the proof specimen, as well as the single-struck miniature and the official 3″ size, will be offered for sale sometime this fall by mail order and over-the-counter at Mints outlets at the Treasury Department in Washington, D.C., the U.S. Mints at Philadelphia, Pa., and Denver, Colorado, and the Old Mint in San Francisco, Calif. The announcement of their availability will be made at a later date.

The Mint exhibit will also feature daily showings of “The Granite Lady,” a color film depicting the California gold rush and the role played by the Old Mint in San Francisco, then and now.