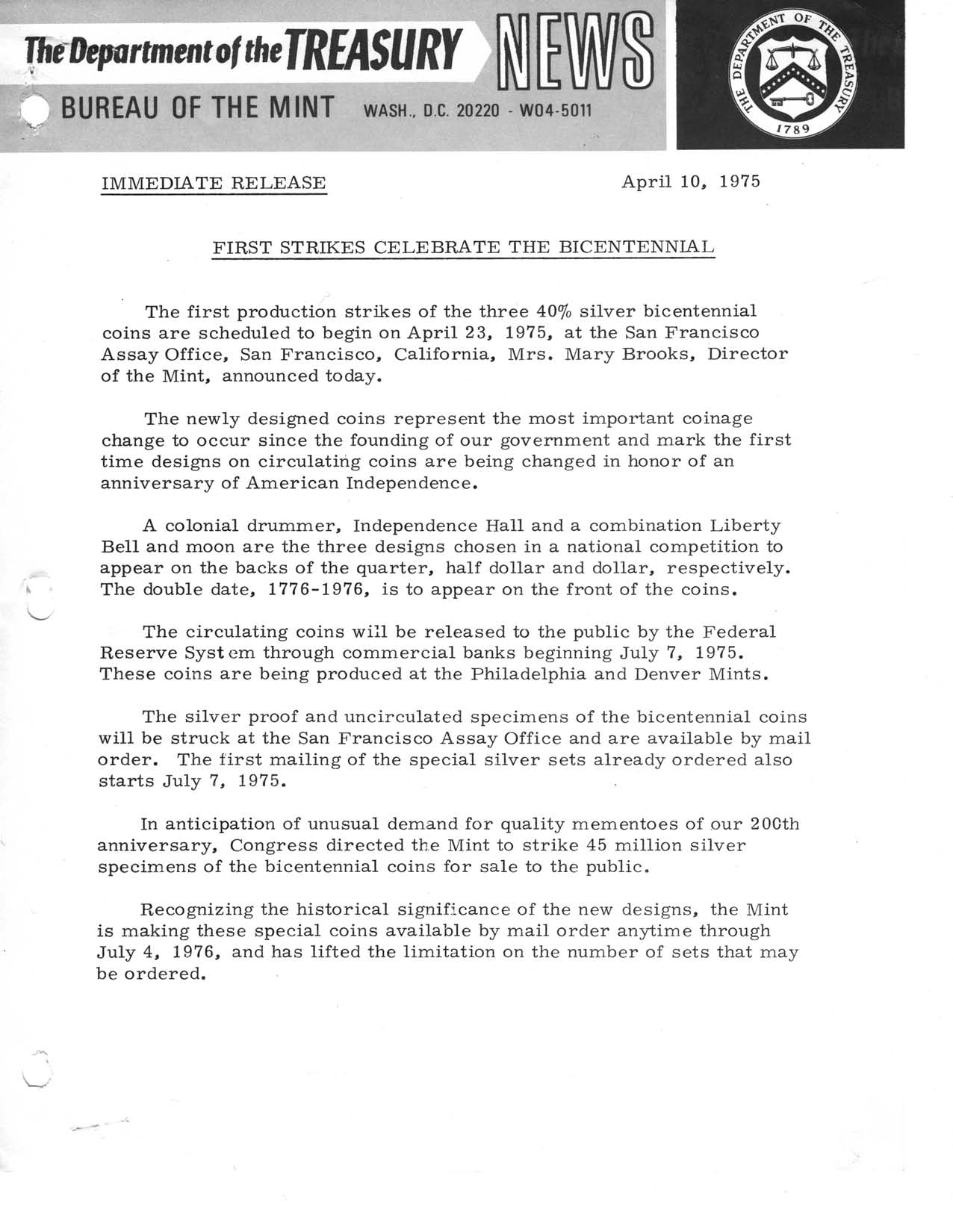 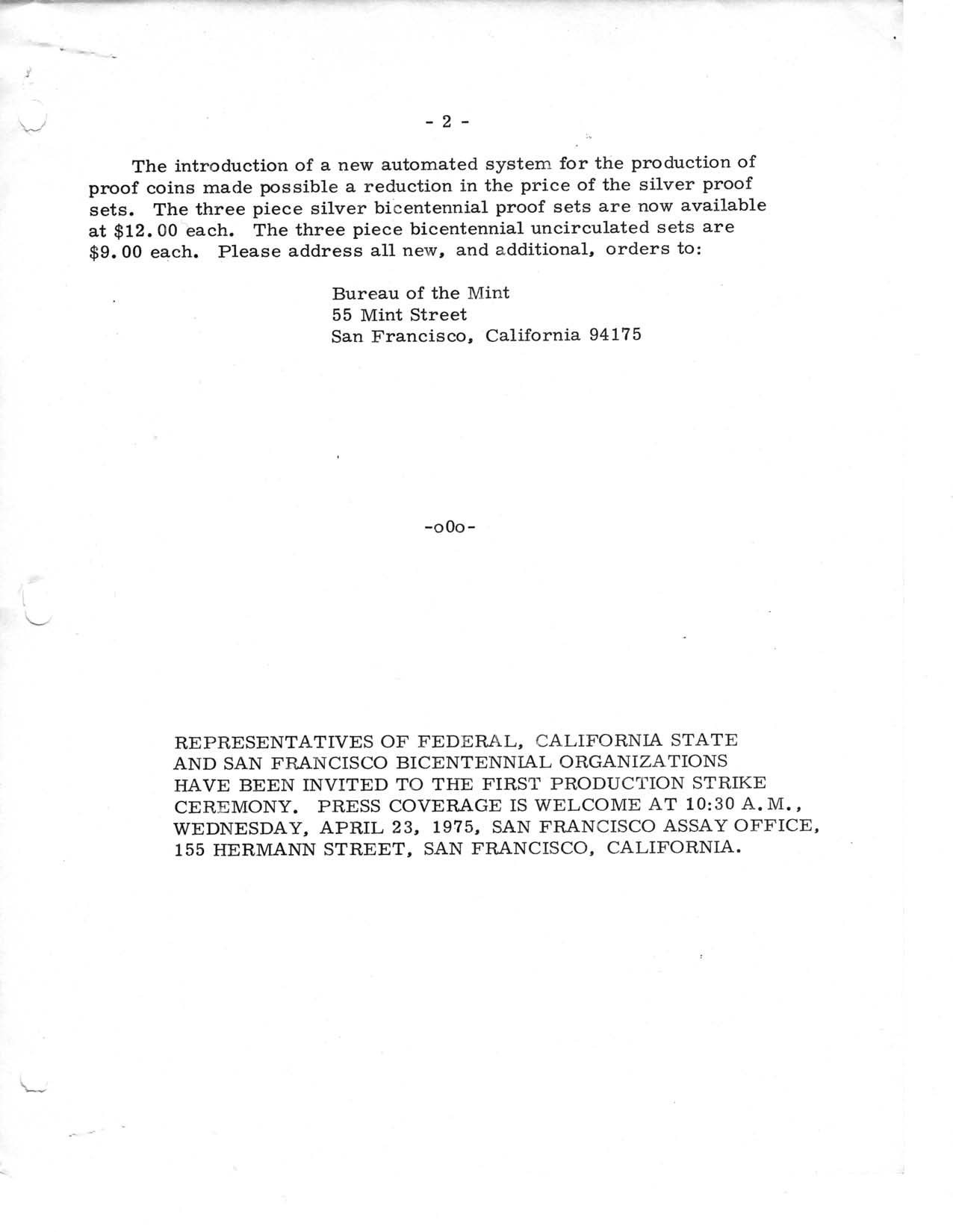 The newly designed coins represent the most important coinage change to occur since the founding of our government and mark the first time designs on circulating coins are being changed in honor of an anniversary of American Independence.

A colonial drummer, Independence Hall and a combination Liberty Bell and moon are the three designs chosen in a national competition to appear on the backs of the quarter, half dollar and dollar, respectively. The double date, 1776-1976, is to appear on the front of the coins.

The circulating coins will be released to the public by the Federal Reserve System through commercial banks beginning July 7, 1975. These coins are being produced at the Philadelphia and Denver Mints.

The silver proof and uncirculated specimens of the bicentennial coins will be struck at the San Francisco Assay Office and are available by mail order. The first mailing of the special silver sets already ordered also starts July 7, 1975.

In anticipation of unusual demand for quality mementoes of our 200th anniversary, Congress directed the Mint to strike 45 million silver specimens of the bicentennial coins for sale to the public.

Recognizing the historical significance of the new designs, the Mint is making these coins available by mail order anytime through July 4, 1976, and has lifted the limitation on the number of sets that may be ordered.