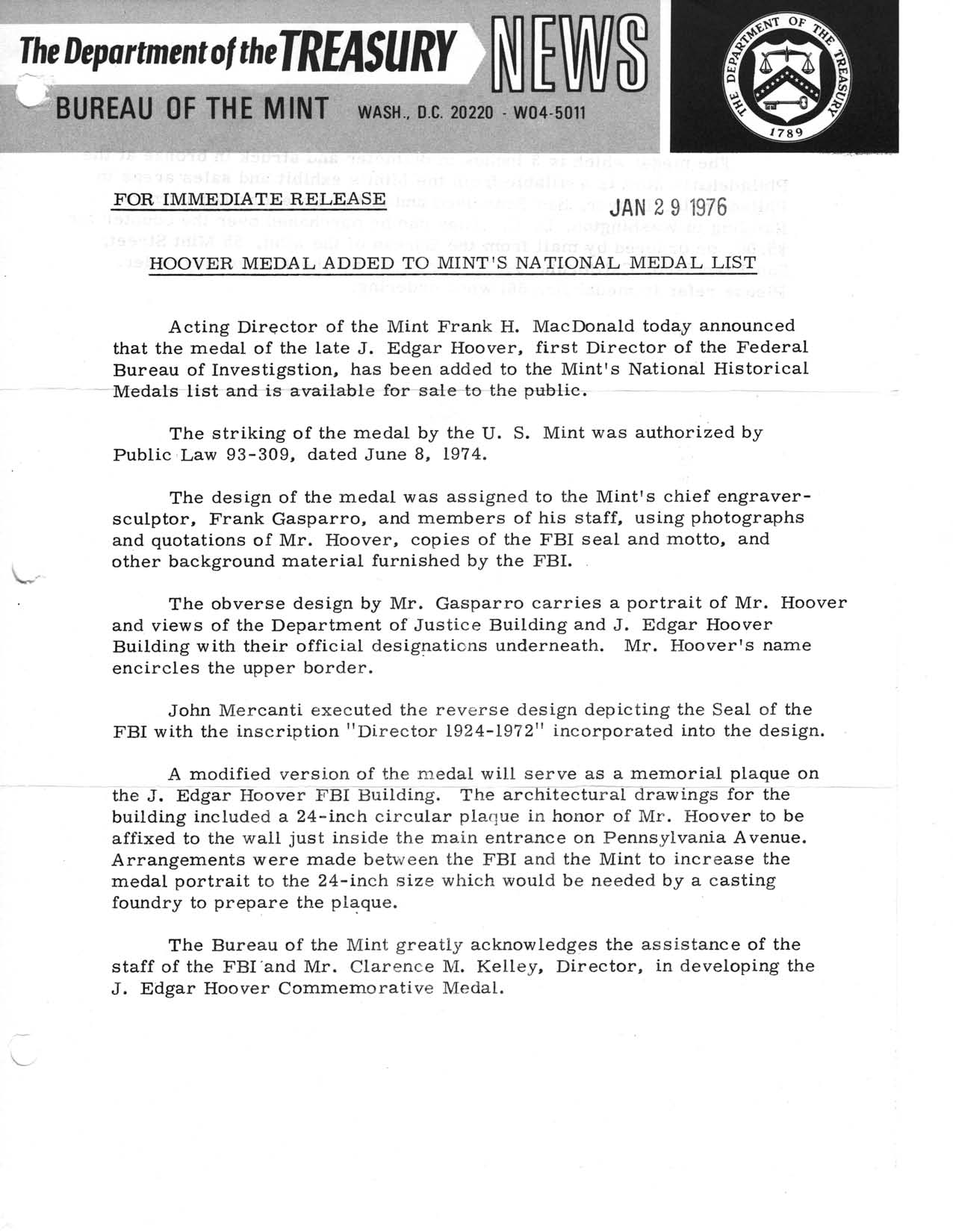 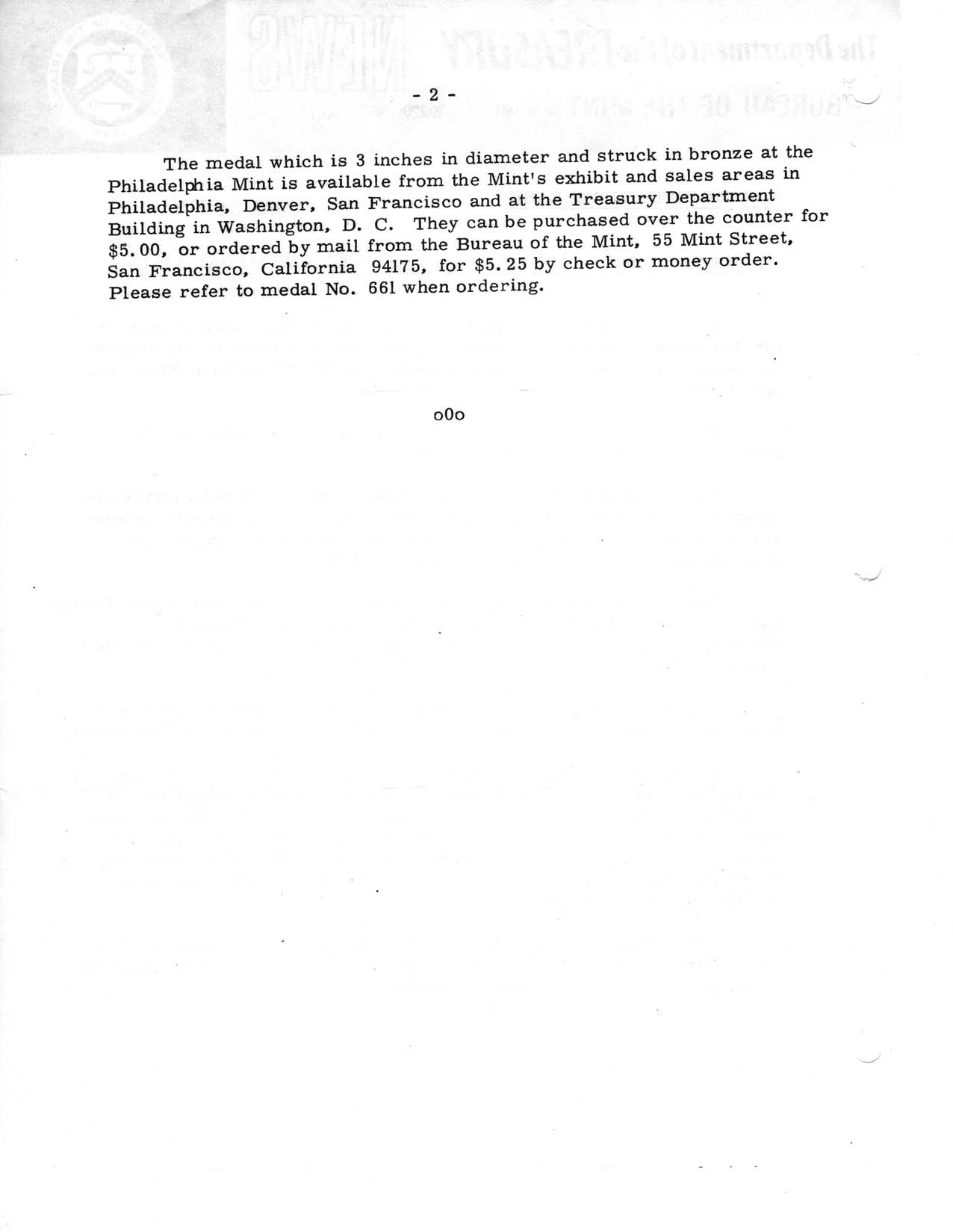 Acting Director of the Mint Frank H. MacDonald today announced that the medal of the late J. Edgar Hoover, first Director of the Federal Bureau of Investigation, has been added to the Mint’s National Historical Medals list and is available for sale to the public.

The design of the medal was assigned to the Mint’s chief engraver-sculptor, Frank Gasparro, and members of his staff, using photographs and quotations of Mr. Hoover, copies of the FBI seal and motto, and other background material furnished by the FBI.

The obverse design by Mr. Gasparro carries a portrait of Mr. Hoover and views of the Department of Justice Building and J. Edgar Hoover Building with their official designations underneath. Mr. Hoover’s name encircles the upper border.

John Mercanti executed the reverse design depicting the Seal of the FBI with inscription “Director 1924-1972” incorporated into the design.

A modified version of the medal will serve as a memorial plaque on the J. Edgar Hoover FBI Building. The architectural drawings for the building included a 24-inch circular plaque in honor of Mr. Hoover to be affixed to the wall just inside the main entrance on Pennsylvania Avenue. Arrangements were made between the FBI and the Mint to increase the medal portrait to the 24-inch size which would be needed by a casting foundry to prepare the plaque.

The Bureau of the Mint greatly acknowledges the assistance of the staff of the FBI and Mr. Clarence M. Kelley, Director, in developing the J. Edgar Hoover Commemorative Medal.

The medal which is 3 inches in diameter and struck in bronze at the Philadelphia Mint is available from the Mint’s exhibit and sales areas in Philadelphia, Denver, San Francisco and at the Treasury Department Building in Washington, D.C. They can be purchased over the counter for $5.00, or ordered by mail from the Bureau of the Mint, 55 Mint Street, San Francisco, California 94175, for $5.25 by check or money order. Please refer to medal No. 661 when ordering.