Legislation to Continue Regulating the Legal-Tender Value of Foreign Coins 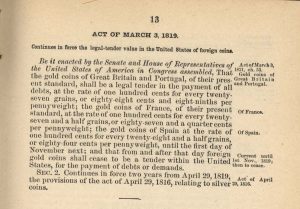 Continues in force the legal-tender value in the United States of foreign coins.