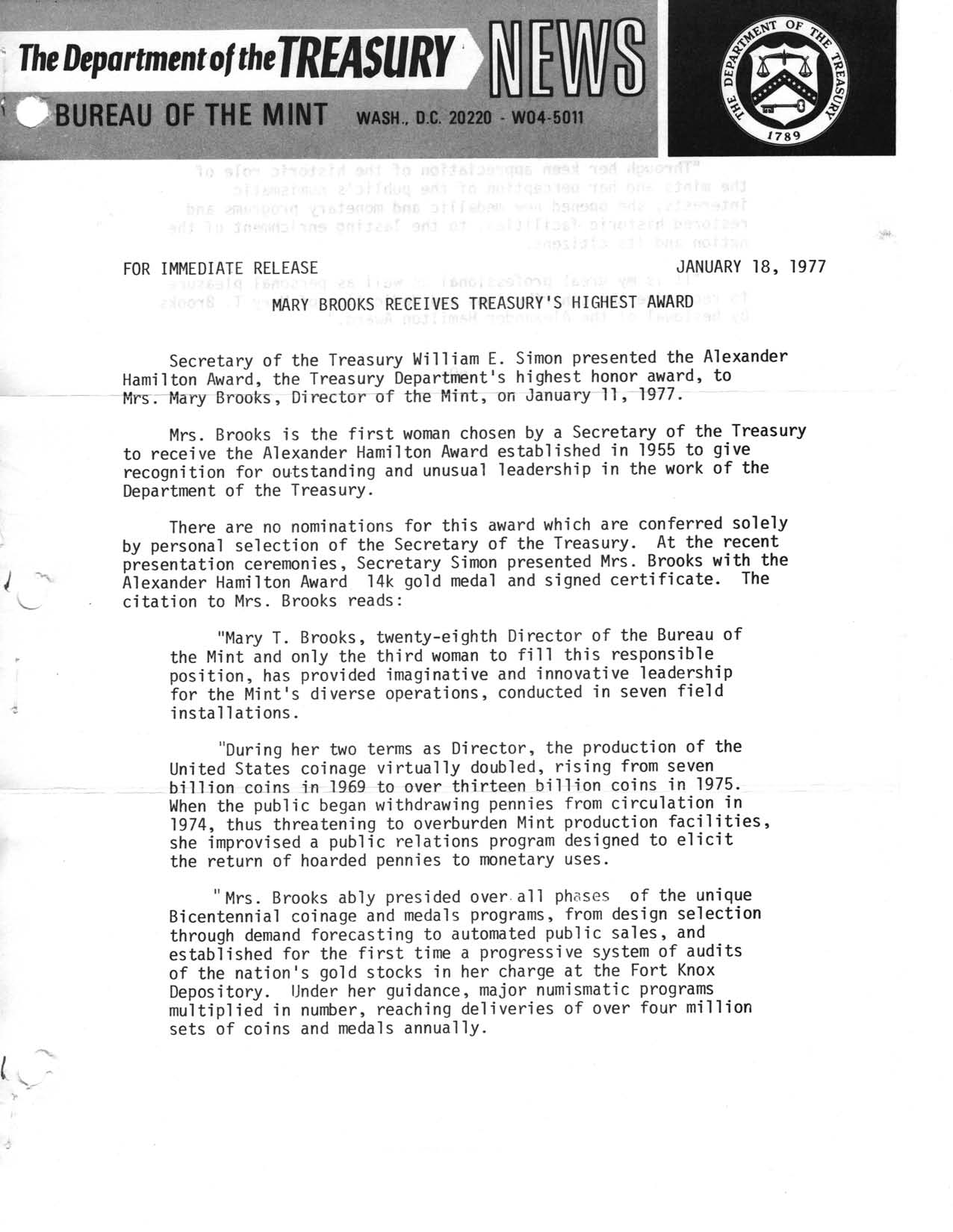 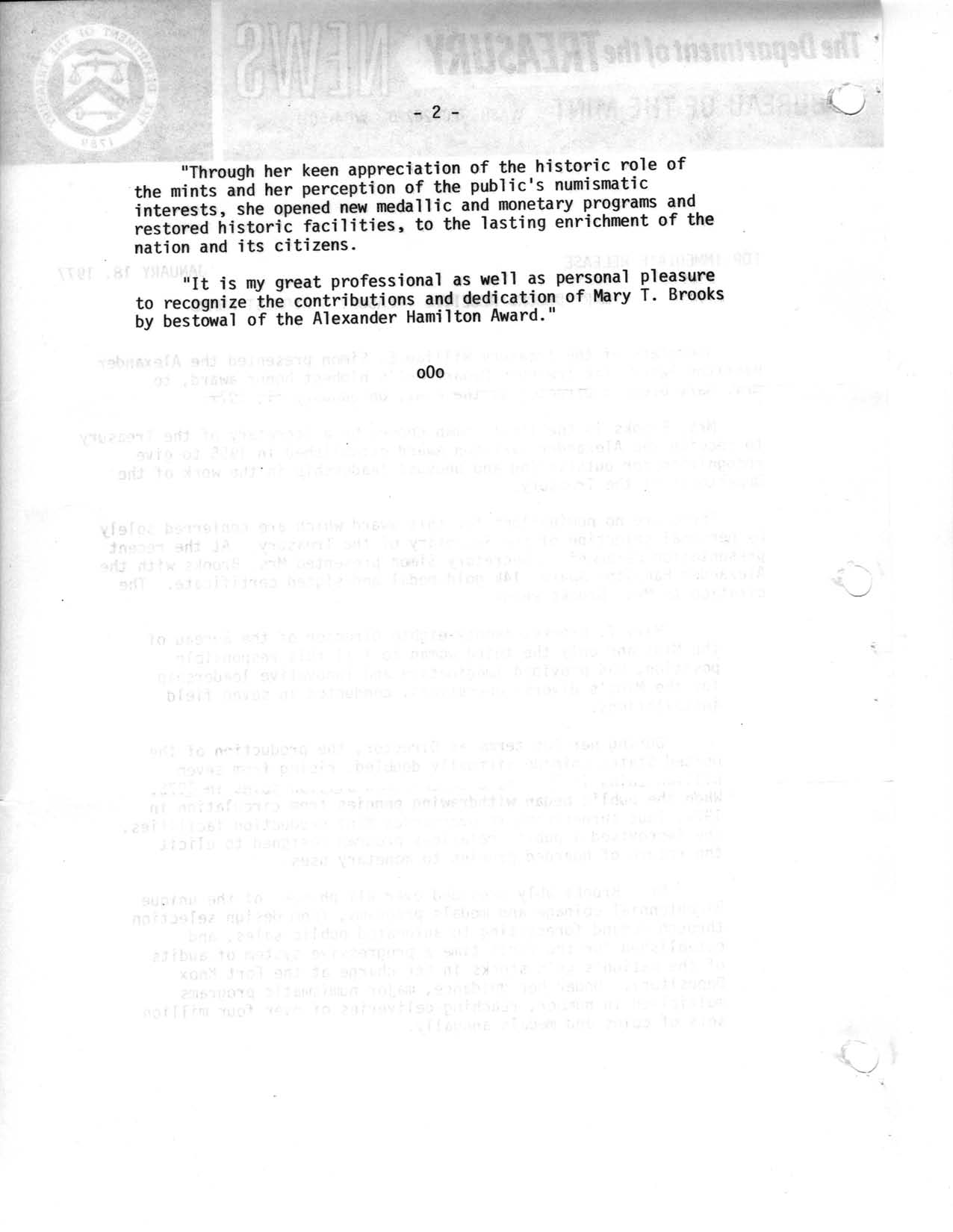 Mrs. Brooks is the first woman chosen by a Secretary of the Treasury to receive the Alexander Hamilton Award established in 1955 to give recognition for outstanding and unusual leadership in the work of the Department of the Treasury.

There are no nominations for this award which are conferred solely by personal selection of the Secretary of the Treasury. At the recent presentation ceremonies, Secretary Simon presented Mrs. Brooks with the Alexander Hamilton Award 14k gold medal and signed certificate. The citation to Mrs. Brooks reads:

“Mary T. Brooks, twenty-eighth Director of the Bureau of the Mint and only the third woman to fill this responsible position, has provided imaginative and innovative leadership for the Mint’s diverse operations, conducted in seven field installations.

“During her two terms as Director, the production of the United coinage virtually doubled, rising from seven billion coins in 1969 to over thirteen billion coins in 1975. When the public began withdrawing pennies from circulation in 1974, thus threatening to overburden Mint production facilities, she improvised a public relations program designed to elicit the return of hoarded pennies to monetary uses.

“Mrs. Brooks ably presided over all phases of the unique Bicentennial coinage and medals programs, from design selection through demand forecasting to automated public sales, and established for the first time a progressive system of audits of the nation’s gold stocks in her charge at the Fort Knox Depository. Under her guidance, major numismatic programs multiplied in number, reaching deliveries of over four million sets of coins and medals annually.

“Through her keen appreciation of the historic role of the mints and her perception of the public’s numismatic interests, she opened new medallic and monetary programs and restored historic facilities, to the lasting enrichment of the nation and its citizens.

“It is my great professional as well as personal pleasure to recognize the contributions and dedication of Mary T. Brooks by bestowal of the Alexander Hamilton Award.”