Mary Brooks Resigns as Director of the Mint 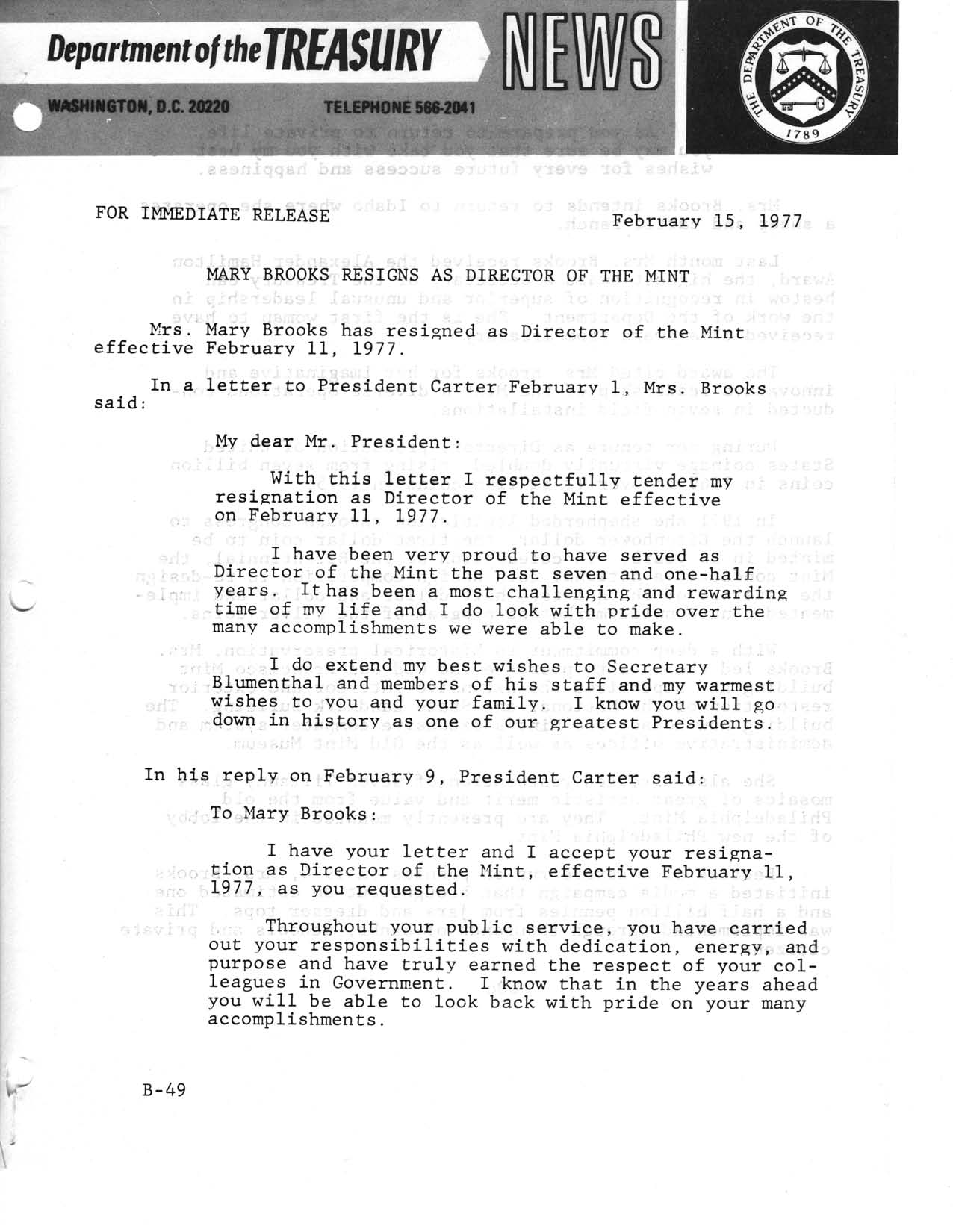 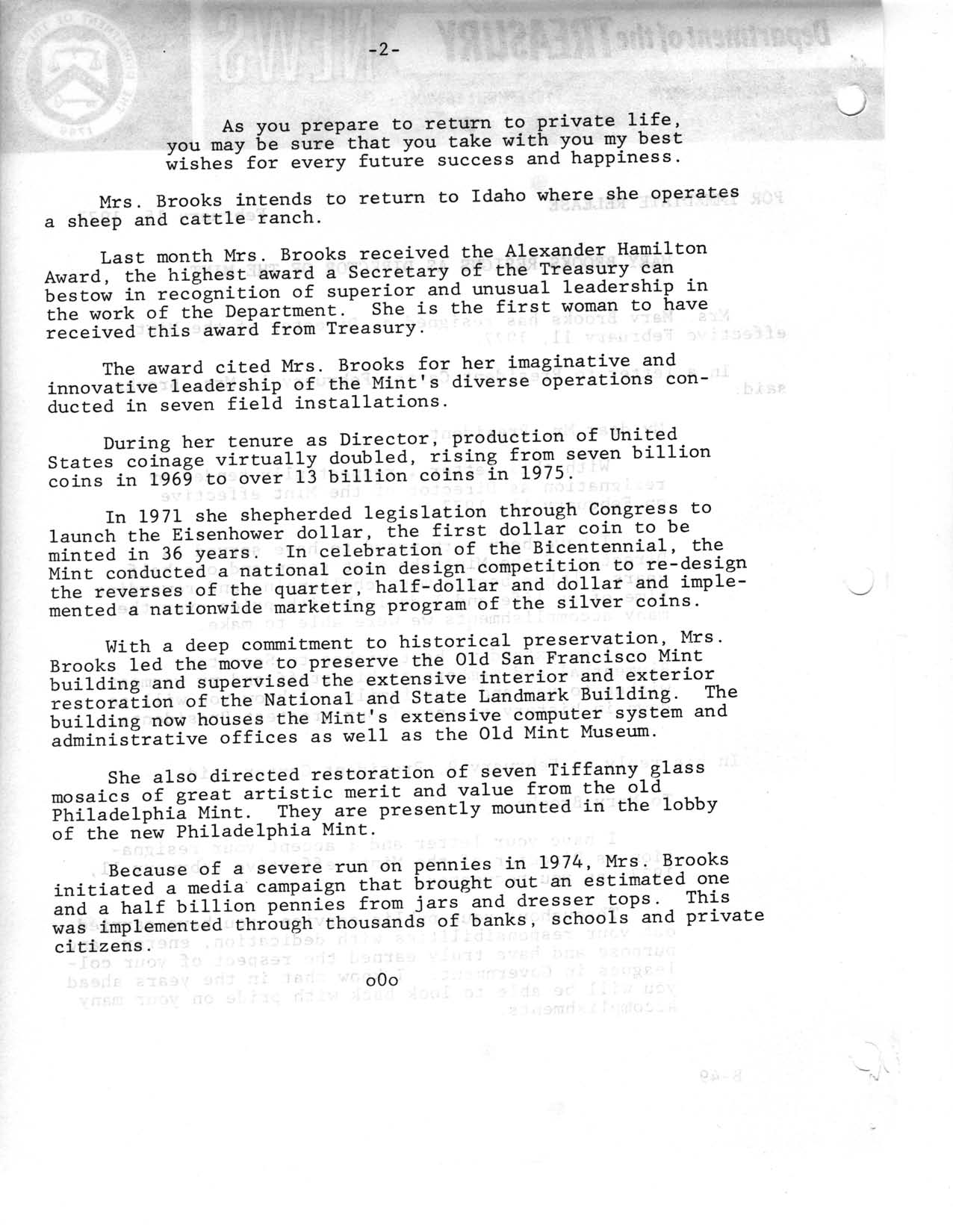 Mrs. Mary Brooks has resigned as Director of the Mint effective February 11, 1977.

In a letter to President Carter February 1, Mrs. Brooks said:

With this letter I respectfully tender my resignation as Director of the Mint effective on February 11, 1977.

I have been very proud to have served as Director of the Mint the past seven and one-half years. It has been a most challenging and rewarding time of my life and I do look with pride over the many accomplishments we were able to make.

I do extend my best wishes to Secretary Blumenthal and members of his staff and my warmest wishes to you and your family. I know you will go down in history as one of our greatest Presidents.

In his reply on February 9, President Carter said:

I have your letter and I accept your resignation as Director of the Mint, effective February 11, 1977, as you requested.

Throughout your public service, you have carried out your responsibilities with dedication, energy, and purpose and have truly earned the respect of your colleagues in Government. I know that in the years ahead you will be able to look back with pride on your many accomplishments.

As you prepare to return to private life, you may be sure that you take with you my best wishes for every future success and happiness.

Mrs. Brooks intends to return to Idaho where she operates a sheep and cattle ranch.

Last month Mrs. Brooks received the Alexander Hamilton Award, the highest award a Secretary of the Treasury can bestow in recognition of superior and unusual leadership in the work of the Department. She is the first woman to have received this award from Treasury.

The award cited Mrs. Brooks for her imaginative and innovative leadership of the Mint’s diverse operations conducted in seven field installations.

In 1971 she shepherded legislation through Congress to launch the Eisenhower dollar, the first dollar coin to be minted in 36 years. In celebration of the Bicentennial, the Mint conducted a national coin design competition to re-design the reverses of the quarter, half-dollar and dollar and implemented a nationwide marketing program of the silver coins.

With a deep commitment to historical preservation, Mrs. Brooks led the move to preserve the Old San Francisco Mint building and supervised the extensive interior and exterior restoration of the National and State Landmark Building. The building now houses the Mint’s extensive computer system and administrative offices as well as the Old Mint Museum.

Because of a severe run on pennies in 1974, Mrs. Brooks initiated a media campaign that brought out an estimated one and a half billion pennies from jars and dresser tops. This was implemented through thousands of banks, schools and private citizens.