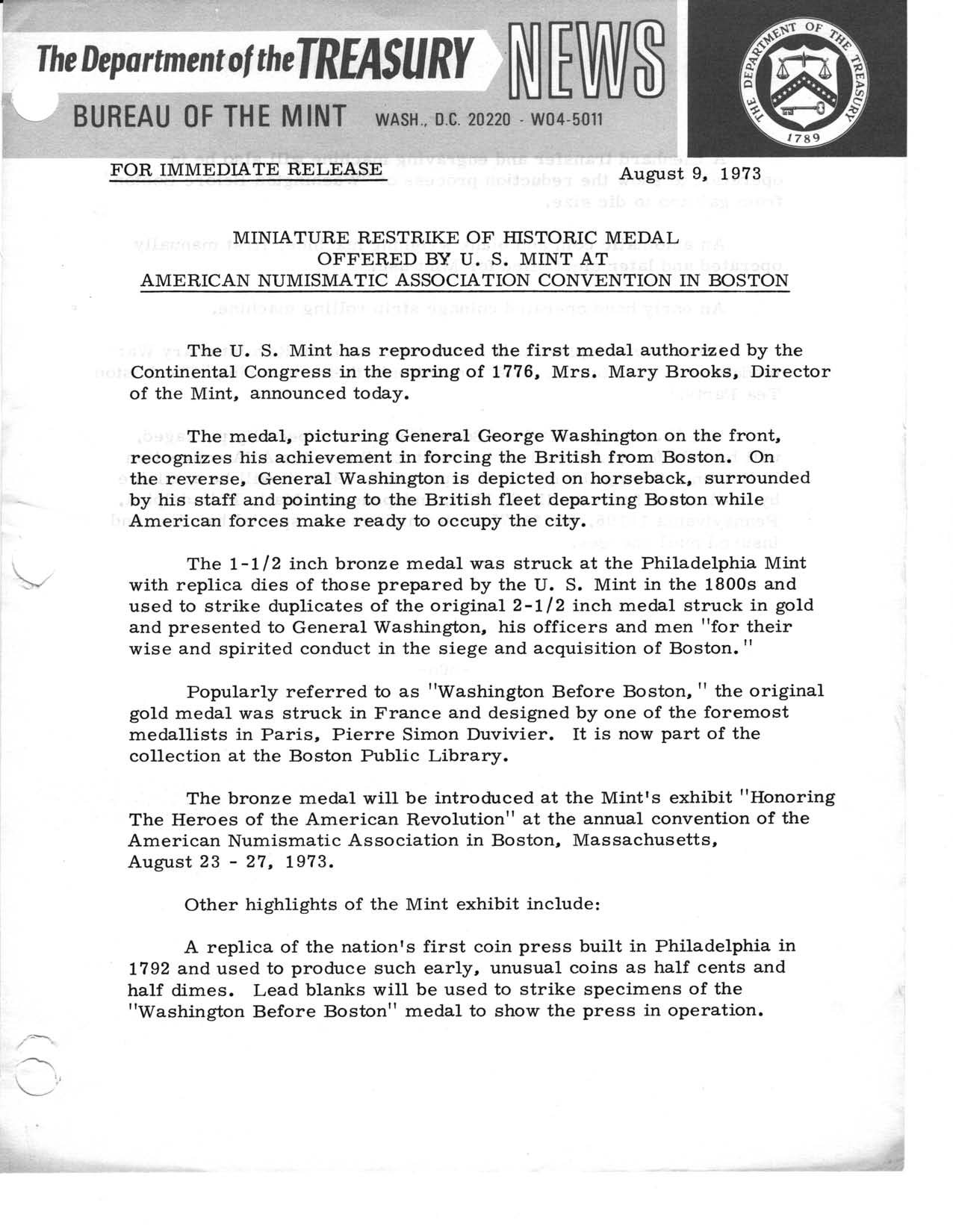 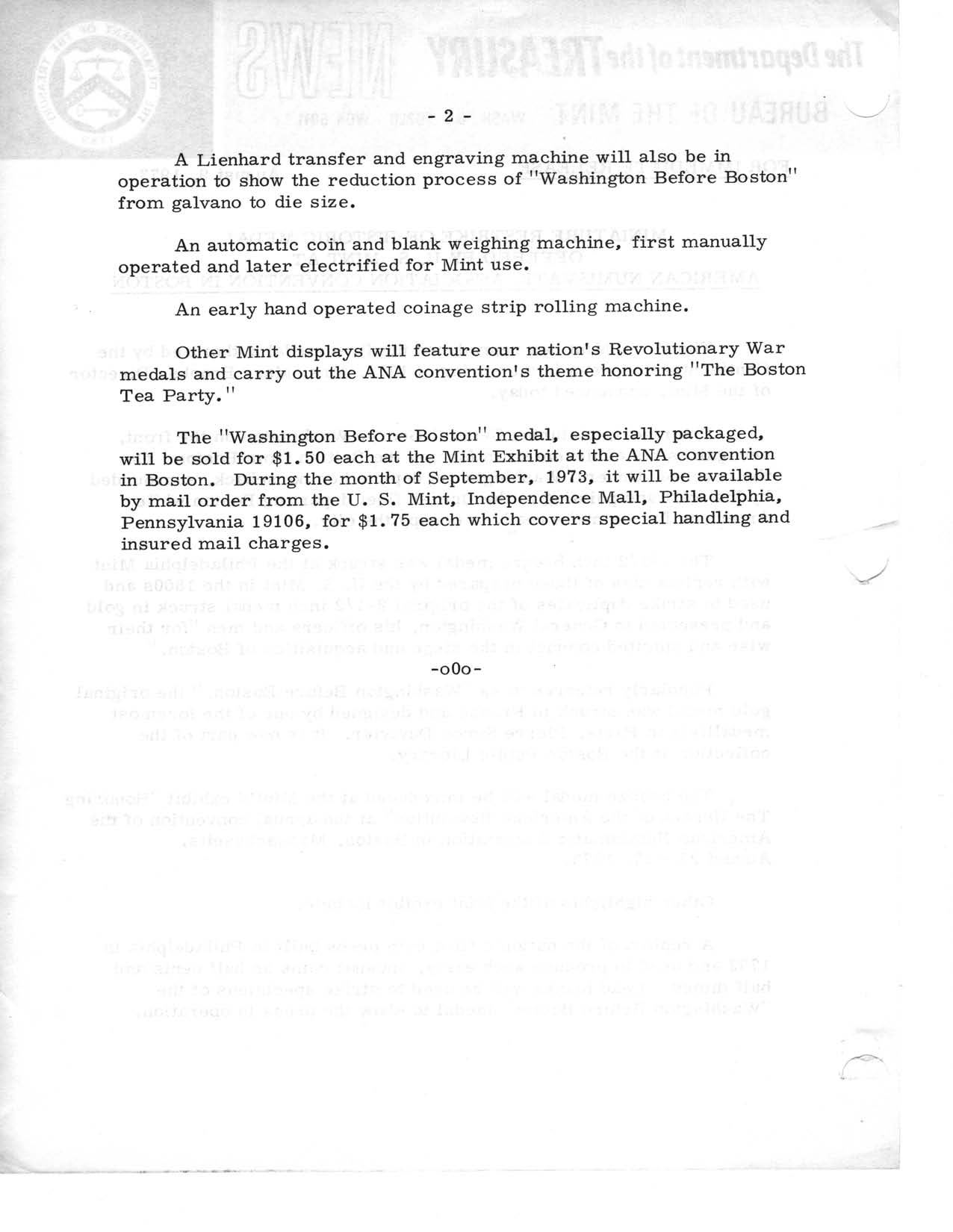 The U.S. Mint has reproduced the first medal authorized by the Continental Congress in the spring of 1776, Mrs. Mary Brooks, Director of the Mint, announced today.

The medal, picturing General George Washington on the front, recognizes his achievement in forcing the British from Boston. On the reverse, General Washington is depicted on horseback, surrounded by his staff and pointing to the British fleet departing Boston while American forces make ready to occupy the city.

The 1-1/2 inch bronze medal was struck at the Philadelphia Mint with replica dies of those prepared by the U.S. Mint in the 1800s and used to strike duplicates of the original 2-1/2 inch medal struck in gold and presented to General Washington, his officers and men “for their wise and spirited conduct in the siege and acquisition of Boston.”

Popularly referred to as “Washington Before Boston,” the original gold medal was struck in France and designed by one of the foremost medallists in Paris, Pierre Simon Duvivier. It is now part of the collection at the Boston Public Library.

The bronze medal will be introduced at the Mint’s exhibit “Honoring The Heroes of the American Revolution” at the annual convention of the American Numismatic Association in Boston, Massachusetts, August 23-27, 1973.

Other highlights of the Mint exhibit include:

A replica of the nation’s first coin press built in Philadelphia in 1792 and used to produce such early, unusual coins as half cents and half dimes. Lead blanks will be used to strike specimens of the “Washington Before Boston” medal to show the press in operation.

A Lienhard transfer and engraving machine will also be in operation to show the reduction process of “Washington Before Boston” from galvano to die size.

The “Washington Before Boston” medal, especially packaged, will be sold for $1.50 each at the Mint Exhibit at the ANA convention in Boston. During the month of September, 1973, it will be available by mail order from the U.S. Mint, Independence Mall, Philadelphia, Pennsylvania 19106, for $1.75 each which covers special handling and insured mail charges.