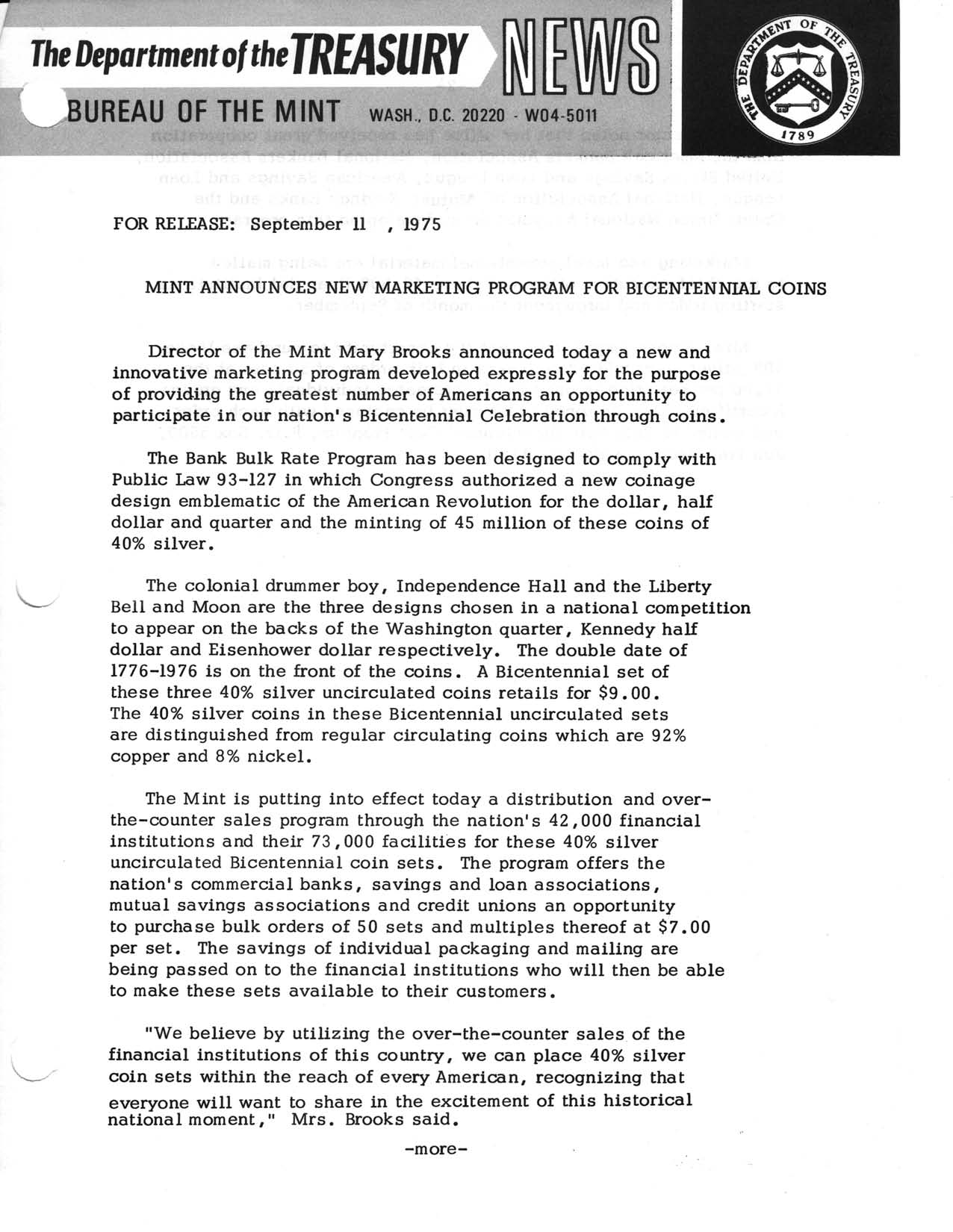 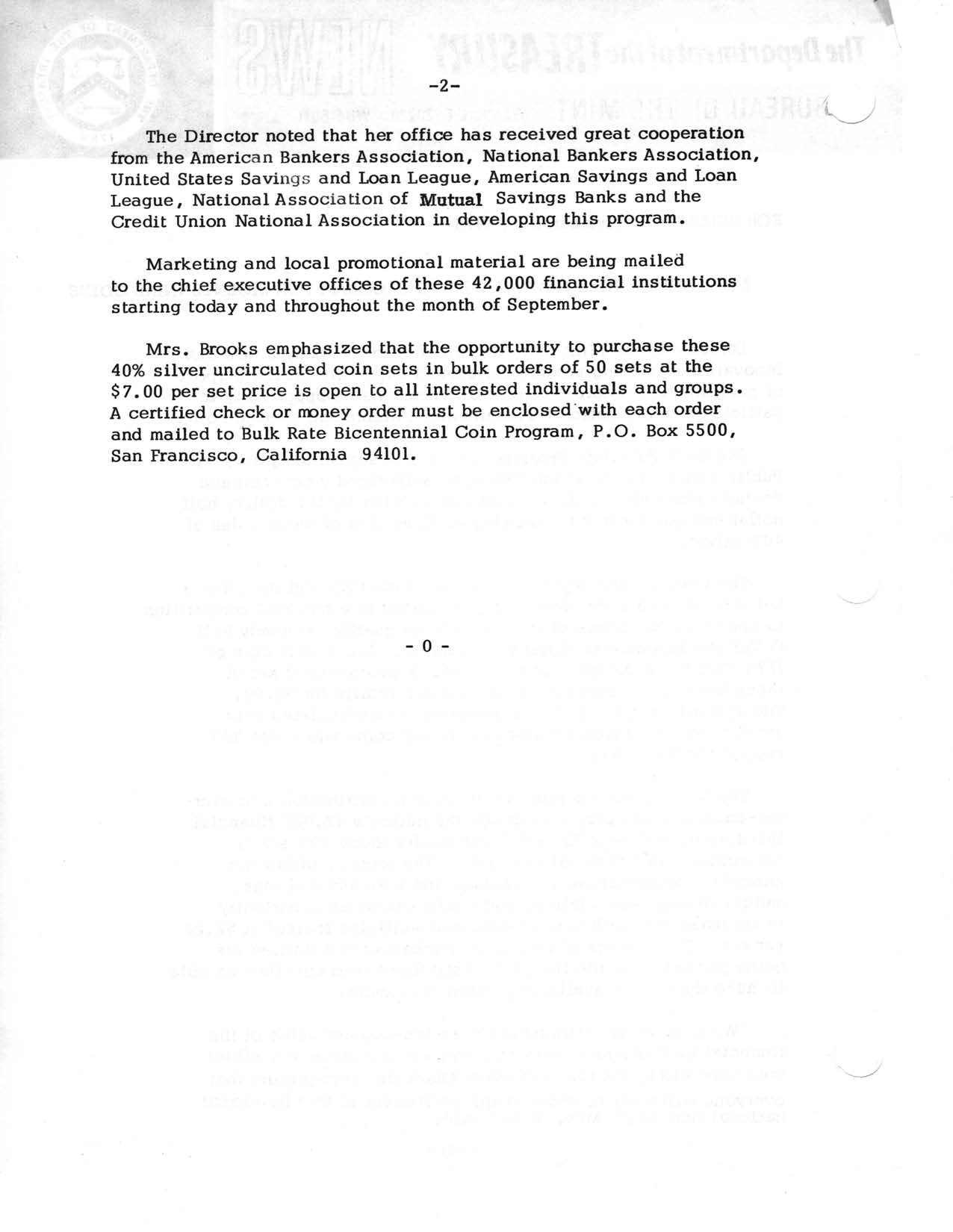 Director of the Mint Mary Brooks announced today a new and innovative marketing program developed expressly for the purpose of providing the greatest number of Americans an opportunity to participate in our nation’s Bicentennial Celebration through coins.

The Bank Bulk Rate Program has been designed to comply with Public Law 93-127 in which Congress authorized a new coinage design emblematic of the American Revolution for the dollar, half dollar and quarter and the minting of 45 million of these coins of 40% silver.

The colonial drummer boy, Independence Hall and the Liberty Bell and Moon are the three designs chosen in a national competition to appear on the backs of the Washington quarter, Kennedy half dollar and Eisenhower dollar respectively. The double date of 1776-1976 is on the front of the coins. A Bicentennial set of these three 40% silver uncirculated coins retails for $9.00. The 40% silver coins in these Bicentennial uncirculated sets are distinguished from regular circulating coins which are 92% copper and 8% nickel.

The Mint is putting into effect today a distribution and over-the-counter sales program through the nation’s 42,000 financial institutions and their 73,000 facilities for these 40% silver uncirculated Bicentennial coin sets. The program offers the nation’s commercial banks, savings and loan associations, mutual savings associations and credit unions an opportunity to purchase bulk orders of 50 sets and multiples thereof at $7.00 per set. The savings of individual packaging and mailing are being passed on to the financial institutions that will then be able to make these sets available to their customers.

“We believe by utilizing the over-the-counter sales of the financial institutions of this country, we can place 40% silver coin sets within the reach of every American, recognizing that everyone will want to share in the excitement of this historical national moment,” Mrs. Brooks said.

Marketing and local promotional material are being mailed to the chief executive offices of these 42,000 financial institutions starting today and throughout the month of September.

Mrs. Brooks emphasized that the opportunity to purchase these 40% silver uncirculated coin sets in bulk orders of 50 sets at the $7.00 per set price is open to all interested individuals and groups. A certified check or money order must be enclosed with each order and mailed to Bulk Rate Bicentennial Coin Program, P.O. Box 5500, San Francisco, California 94101.