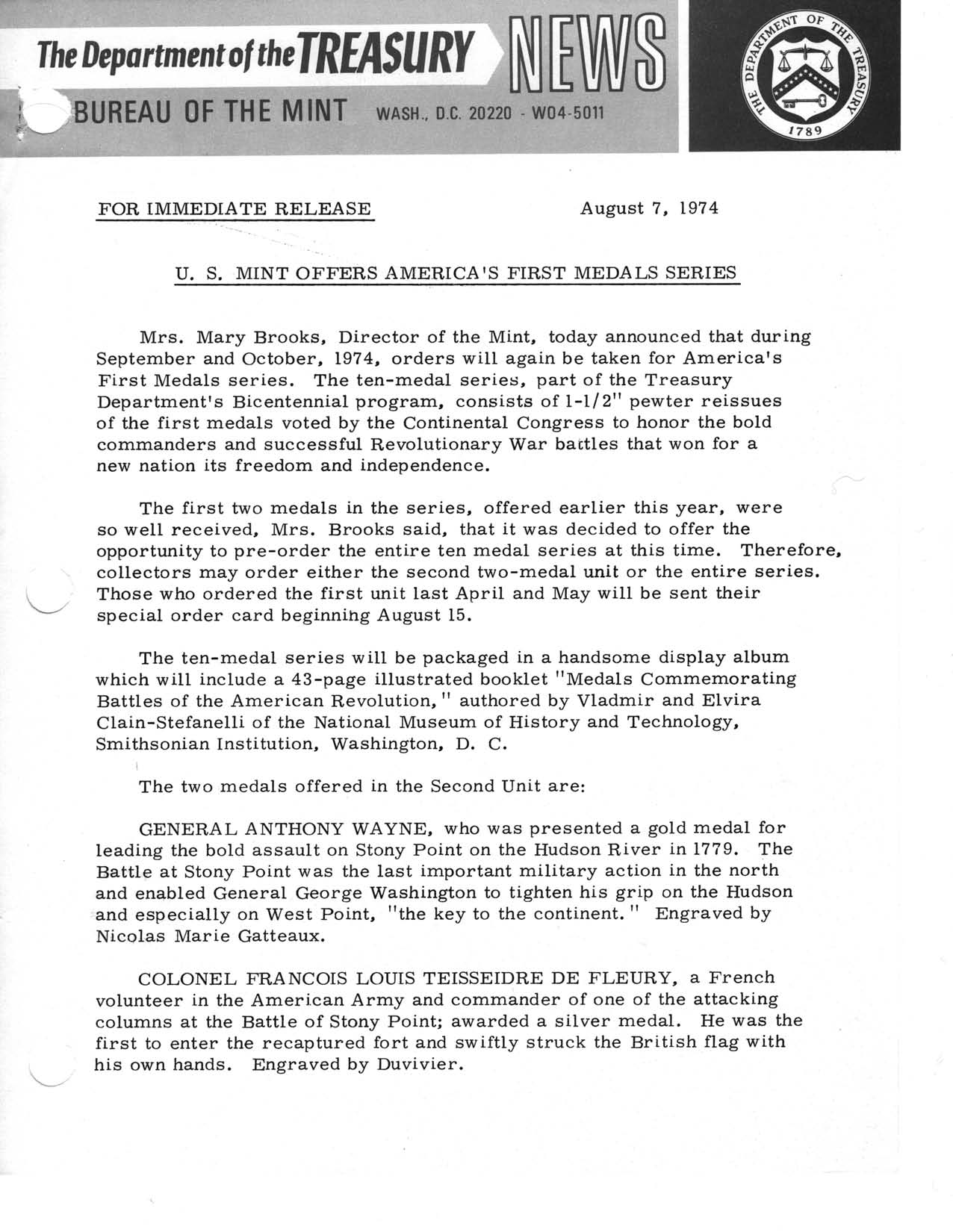 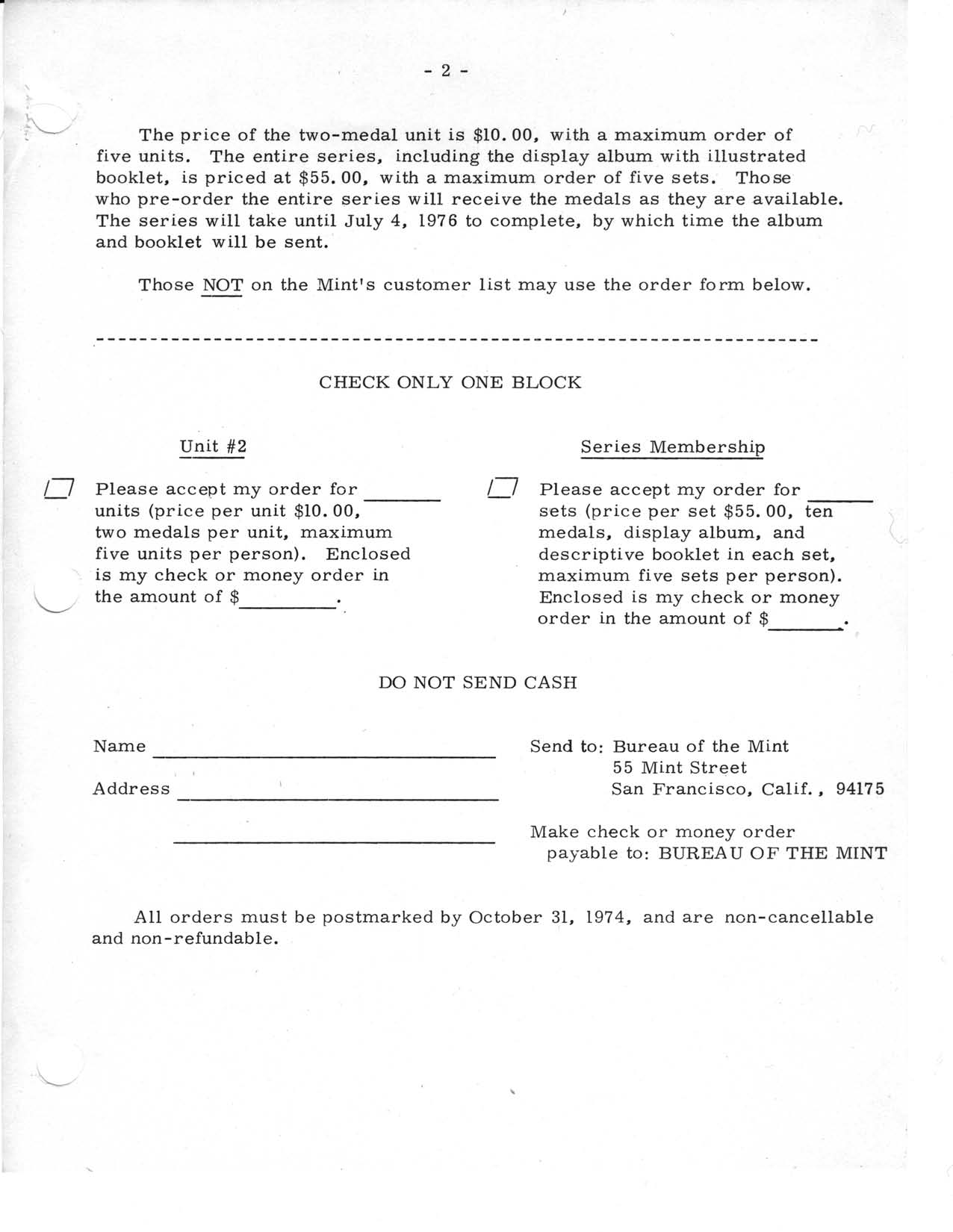 Mrs. Mary Brooks, Director of the Mint, today announced that during September and October, 1974, orders will again be taken for America’s First Medals series. The ten-medal series, part of the Treasury Department’s Bicentennial program, consists of 1-1/2″ pewter reissues of the first medals voted by the Continental Congress to honor the bold commanders and successful Revolutionary War battles that won for a new nation its freedom and independence.

The first two medals in the series, offered earlier this year, were so well received, Mrs. Brooks said, that it was decided to offer the opportunity to pre-order the entire ten medals series at this time. Therefore, collectors may order either the second two-medal unit or the entire series. Those who ordered the first unit last April and May will be sent their special order card beginning August 15.

The ten-medal series will be packaged in a handsome display album which will include a 43-page illustrated booklet “Medals Commemorating Battles of the American Revolution,” authored by Vladmir and Elvira Clain-Stefanelli of the National Museum of History and Technology, Smithsonian Institution, Washington, D.C.

The two medals offered in the Second Unit are:

General Anthony Wayne, who was presented a gold medal for leading the bold assault on Stony Point on the Hudson River in 1779. The Battle at Stony Point was the last important military action in the north and enabled General George Washington to tighten his grip on the Hudson and especially on West Point, “the key to the continent.” Engraved by Nicolas Marie Gatteaux.

Colonel Francois Louis Teisseidre de Fleury, a French volunteer in the American Army and commander of one of the attacking columns at the Battle of Stony Point; awarded a silver medal. He was the first to enter the recaptured fort and swiftly struck the British flag with his own hands. Engraved by Duvivier.

The price of the two-medal unit is $10.00, with a maximum order of five units. The entire series, including the display album with illustrated booklet, is priced at $55.00, with a maximum order of five sets. Those who pre-order the entire series will receive the medals as they are available. The series will take until July 4, 1976 to complete, by which time the album and booklet will be sent.

Those NOT on the Mint’s customer list may use the order form.