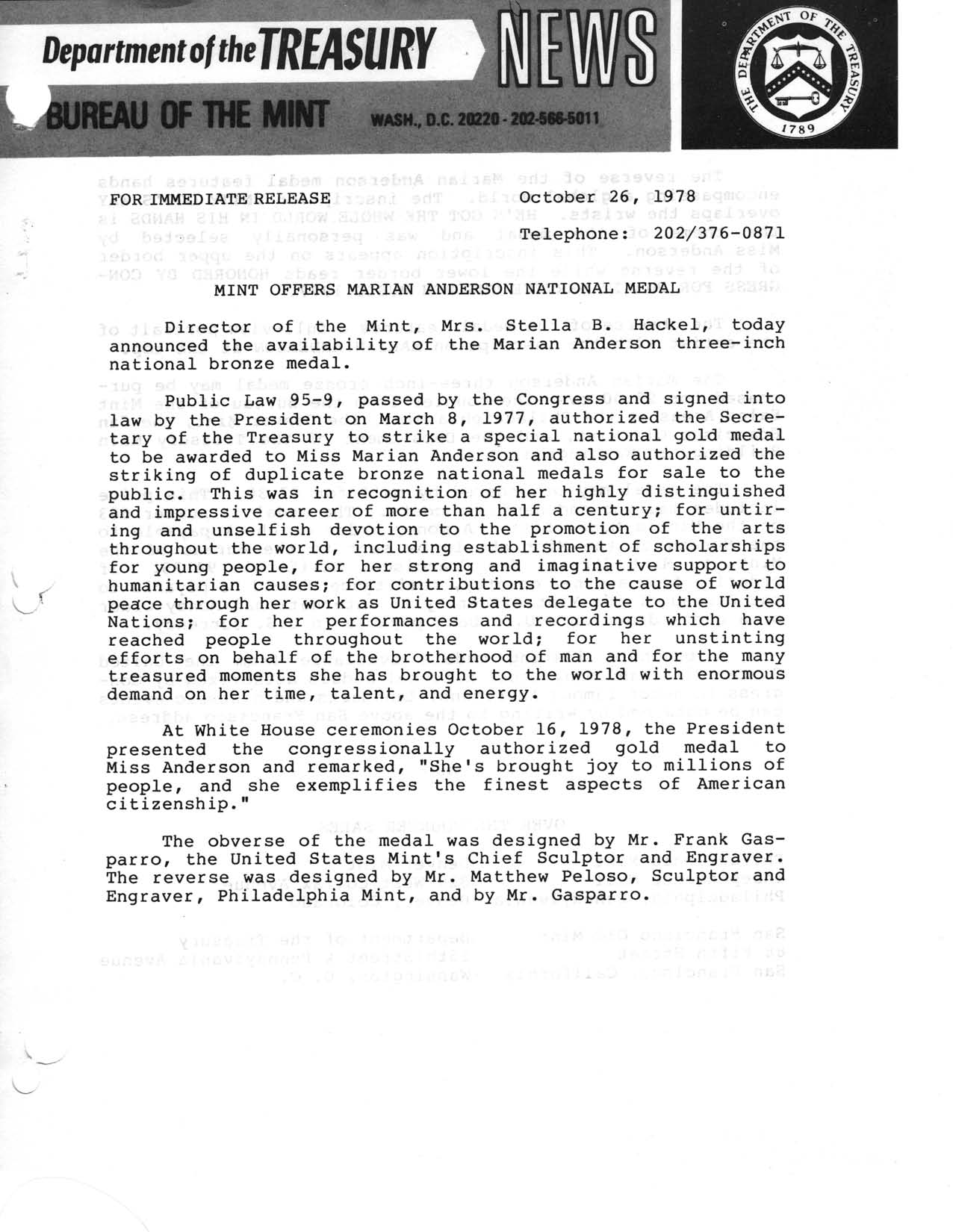 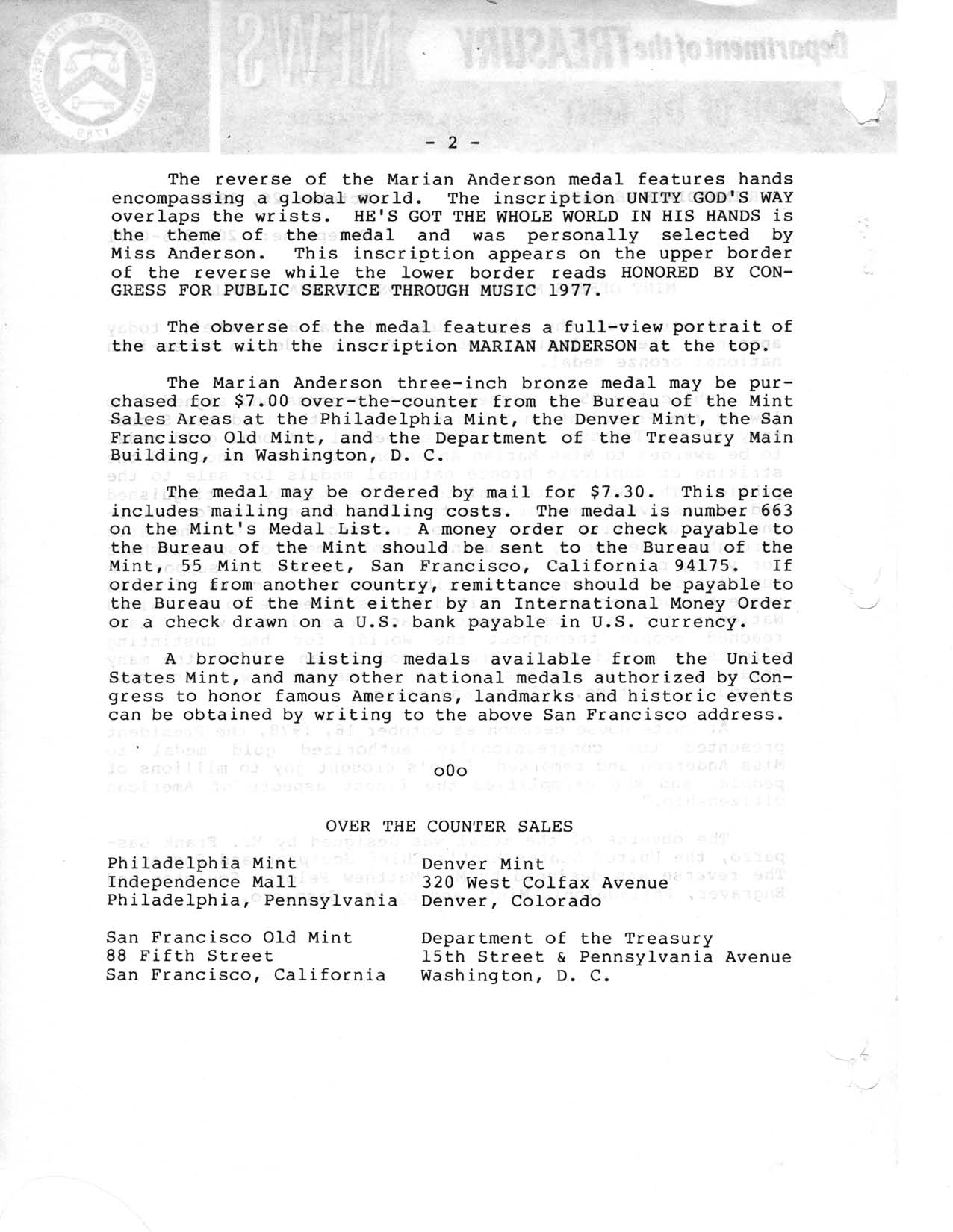 Director of the Mint, Mrs. Stella B. Hackel, today announced the availability of the Marian Anderson three-inch national bronze medal.

Public Law 95-9, passed by the Congress and signed into law by the President on March 8, 1977, authorized the Secretary of the Treasury to strike a special national gold medal to be awarded to Miss Marian Anderson and also authorized the striking of duplicate bronze national medals for sale to the public. This was in recognition of her highly distinguished and impressive career of more than half a century; for untiring and unselfish devotion to the promotion of the arts throughout the world, including establishment of scholarships for young people, for her strong and imaginative support to humanitarian causes; for contributions to the cause of world peace through her work as United States delegate to the United Nations; for her performances and recordings which have reached people throughout the world; for her unstinting efforts on behalf of the brotherhood of man and for the many treasured moments she has brought to the world with enormous demand on her time, talent, and energy.

At White House ceremonies October 16, 1978, the President presented the congressionally authorized gold medal to Miss Anderson and remarked, “She’s brought joy to millions of people, and she exemplifies the finest aspects of American citizenship.”

The reverse of the Marian Anderson medal features hands encompassing a global world. The inscription UNITY GOD’S WAY overlaps the wrists. HE’S GOT THE WHOLE WORLD IN HIS HANDS is the theme of the medal and was personally selected by Miss Anderson. This inscription appears on the upper border of the reverse while the lower border reads HONORED BY CONGRESS FOR PUBLIC SERVICE THROUGH MUSIC 1977.

The obverse of the medal features a full-view portrait of the artist with the inscription MARIAN ANDERSON at the top.

The Marian Anderson three-inch bronze medal may be purchased for $7.00 over-the-counter from the Bureau of the Mint Sales Areas at the Philadelphia Mint, the Denver Mint, the San Francisco Old Mint, and the Department of the Treasury Main Building, in Washington, D.C.

A brochure listing medals available from the United States Mint, and many other national medals authorized by Congress to honor famous Americans, landmarks and historic events can be obtained by writing to the above San Francisco address.

Over the Counter Sales