The National Sculpture Society Members of the Panel of Judges 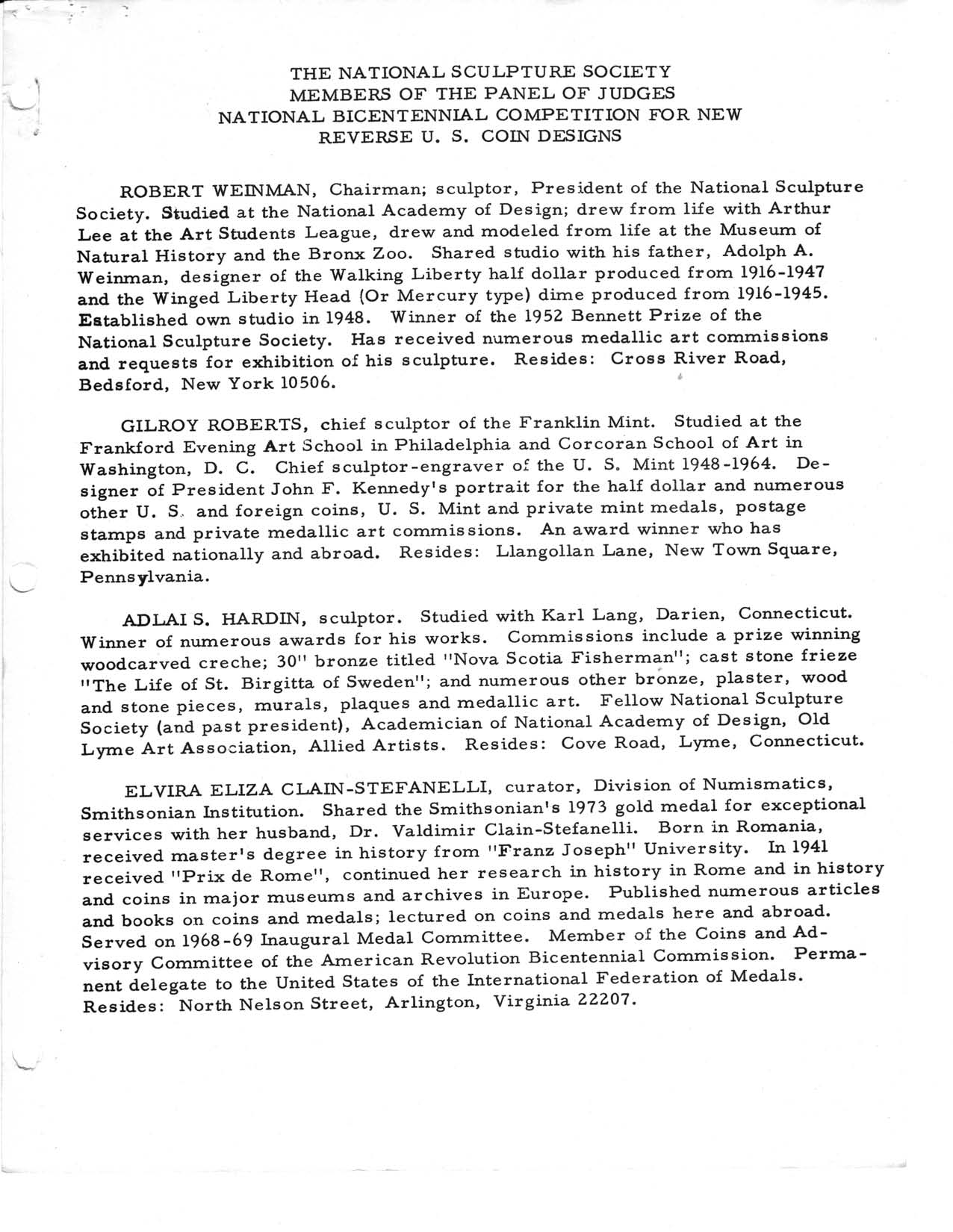 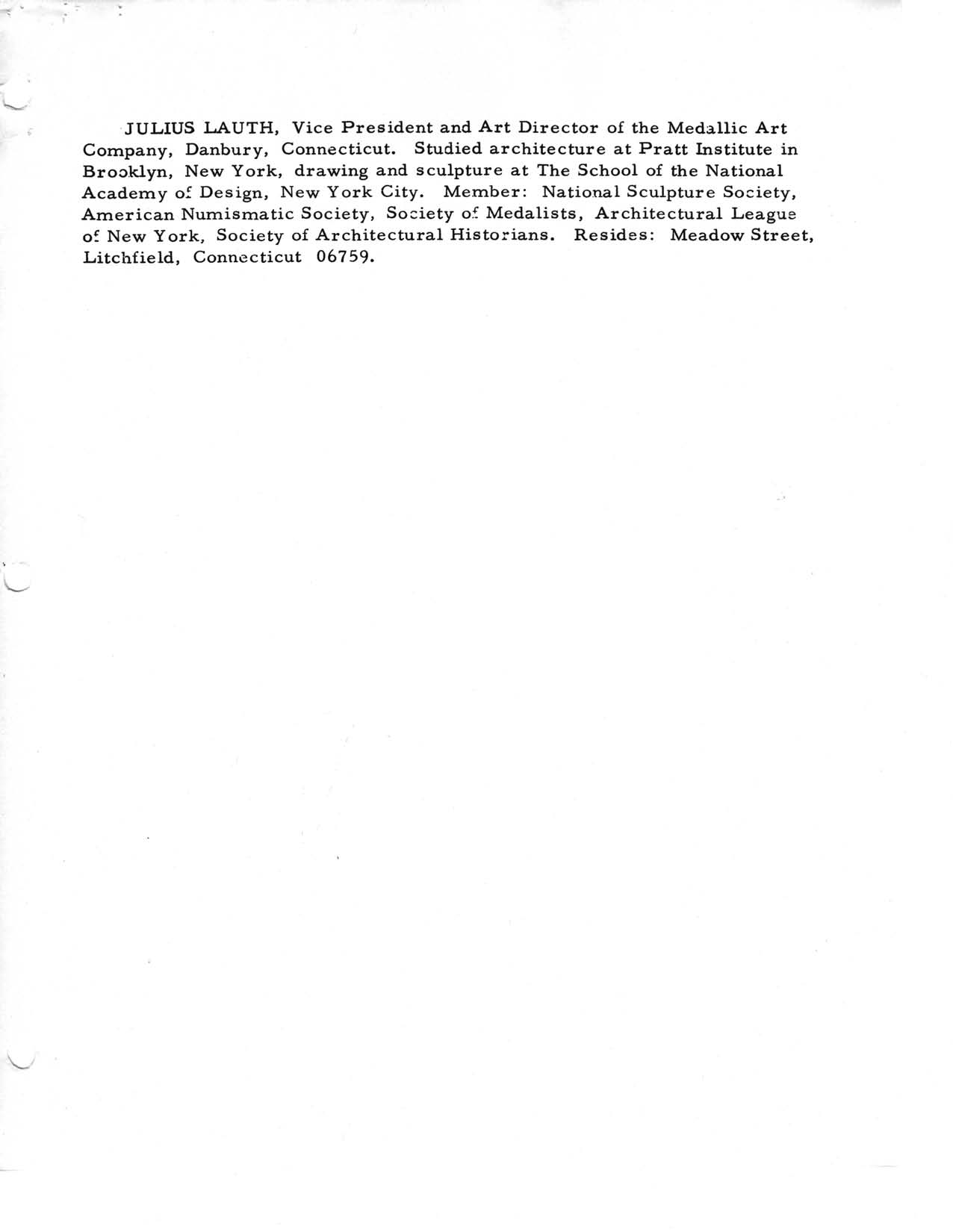 ROBERT WEINMAN, Chairman; sculptor, President of the National Sculpture Society. Studied at the National Academy of Design; drew from life with Arthur Lee at the Art Students League, drew and modeled from life at the Museum of Natural History and the Bronx Zoo. Shared studio with his father, Adolph A. Weinman, designer of the Walking Liberty half dollar produced from 1916-1947 and the Winged Liberty Head (Or Mercury type) dime produced from 1916-1945. Established own studio in 1948. Winner of the 1952 Bennett Prize of the National Sculpture Society. Has received numerous medallic art commissions and requests for exhibition of his sculpture. Resides: Cross River Road, Bedsford, New York 10506.

ELVIRA ELIZA CLAIN-STEFANELLI, curator, Division of Numismatics, Smithsonian Institution. Shared the Smithsonian’s 1973 gold medal for exceptional services with her husband, Dr. Valdimir Clain-Stefanelli. Born in Romania, received master’s degree in history from “Franz Joseph” University. In 1941 received “Prix de Rome”, continued her research in history in Rome and in history and coins in major museums and archives in Europe. Published numerous articles and books on coins and medals; lectured on coins and medals here and abroad. Served on 1968-69 Inaugural Medal Committee. Member of the Coins and Advisory Committee of the American Revolution Bicentennial Commission. Permanent delegate to the United States of the International Federation of Medals. Resides: North Nelson Street, Arlington, Virginia 22207.