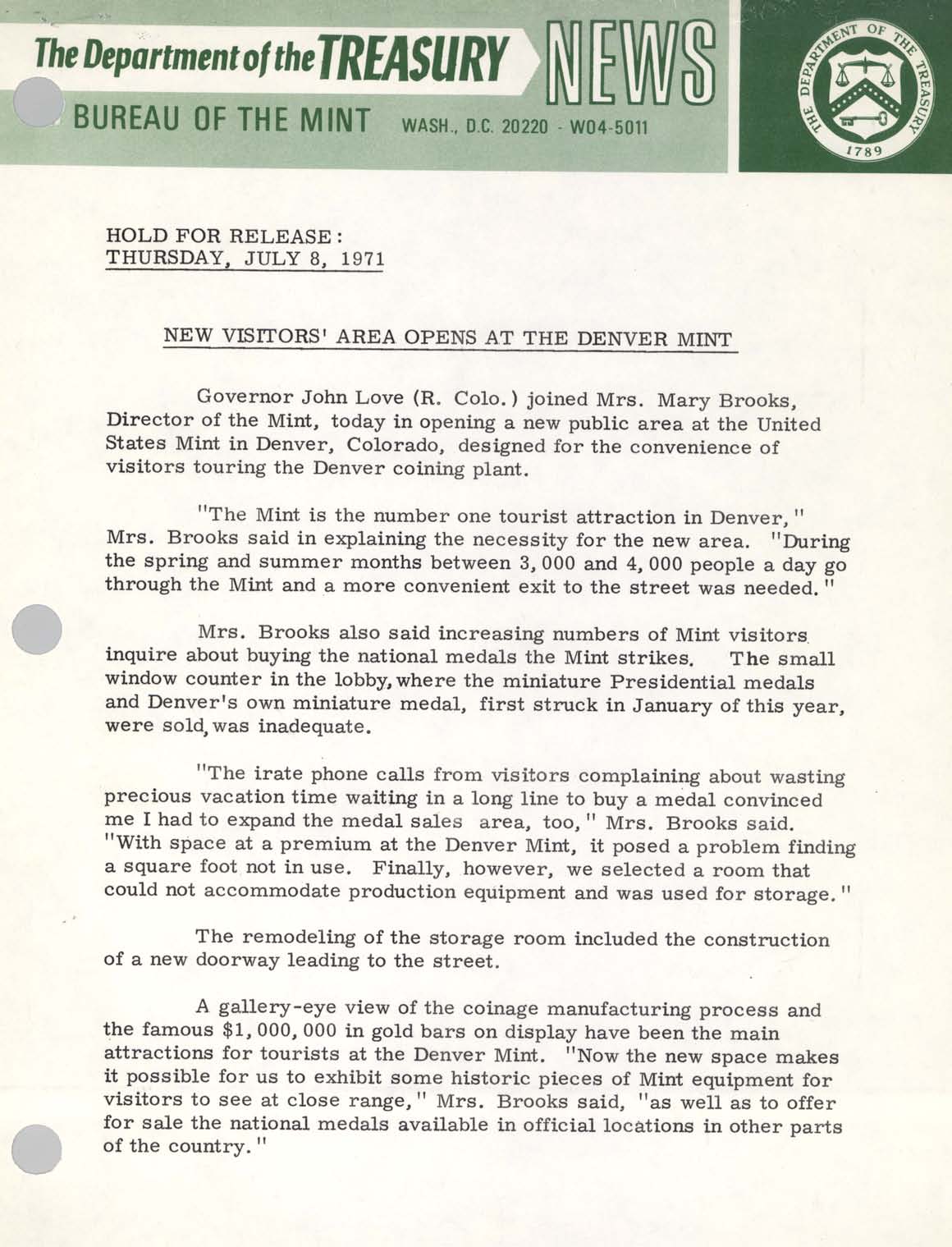 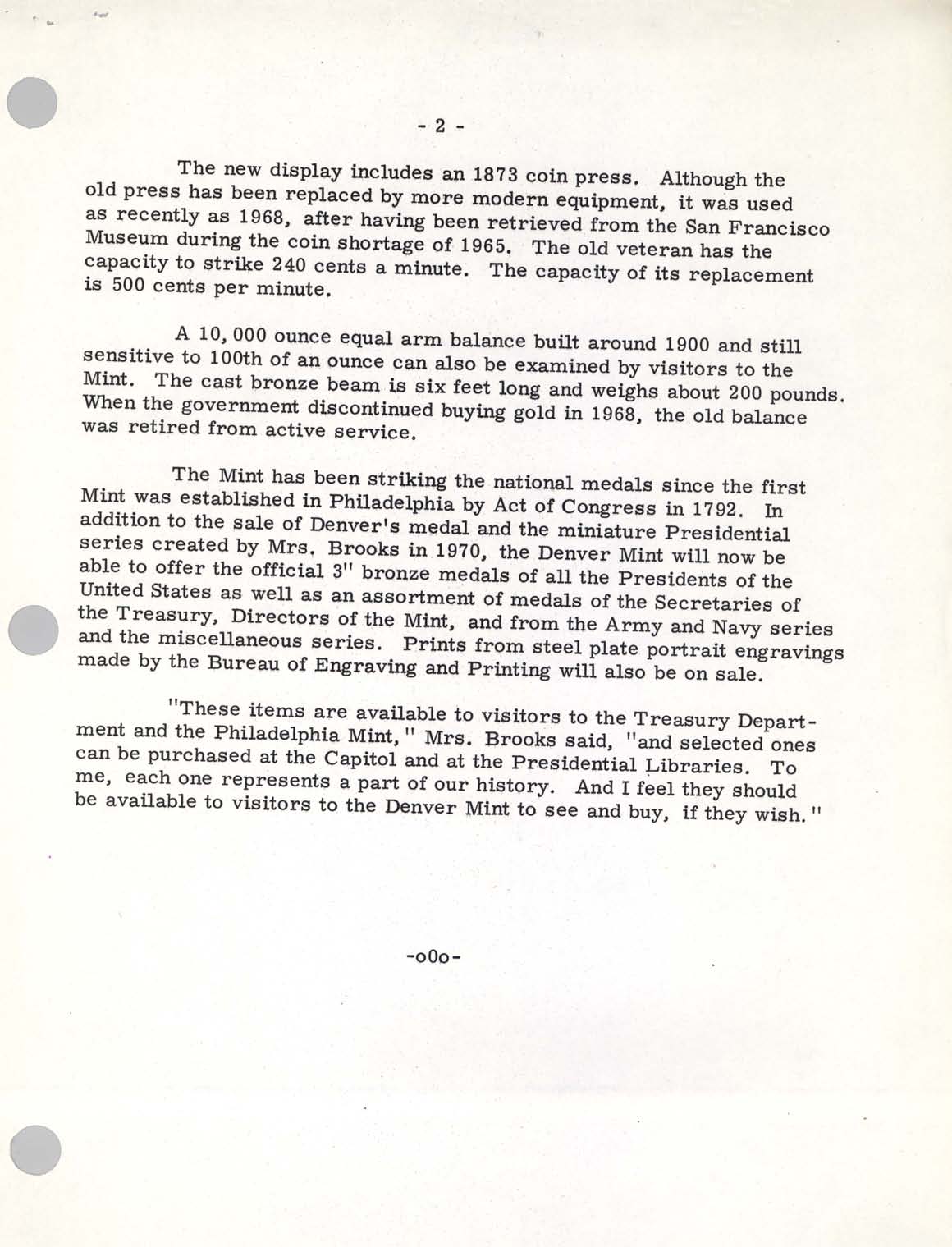 “The Mint is the number one tourist attraction in Denver,” Mrs. Brooks said in explaining the necessity for the new area. “During the spring and summer months between 3,000 and 4,000 people a day go through the Mint and a more convenient exit to the street was needed.”

Mrs. Brooks also said increasing numbers of Mint visitors inquire about buying the national medals the Mint strikes. The small window counter in the lobby where the miniature Presidential medals and Denver’s own miniature medal, first struck in January of this year, were sold, was inadequate.

“The irate phone calls from visitors complaining about wasting precious vacation time waiting in a long line to buy a medal convinced me I had to expand the medal sales area, too,” Mrs. Brooks said. “With space at a premium at the Denver Mint, it posed a problem finding a square foot not in use. Finally, however, we selected a room that could not accommodate production equipment and was used for storage.”

The remodeling of the storage room included the construction of a new doorway leading to the street.

A gallery-eye view of the coinage manufacturing process and the famous $1,000,000 in gold bars on display has been the main attractions for tourists at the Denver Mint. “Now the new space makes it possible for us to exhibit some historic pieces of Mint equipment for visitors to see at close range,” Mrs. Brooks said, “as well as to offer for sale the national medals available in official locations in other parts of the country.”

The new display includes an 1873 coin press. Although the old press has been replaced by more modern equipment, it was used as recently as 1968, after having been retrieved from the San Francisco Museum during the coin shortage of 1965. The old veteran has the capacity to strike 240 cents a minute. The capacity of its replacement is 500 cents per minute.

A 10,000 ounce equal arm balance built around 1900 and still sensitive to 100th of an ounce can also be examined by visitors to the Mint. The cast bronze beam is six feet long and weighs about 200 pounds. When the government discontinued buying gold in 1968, the old balance was retired from active service.

The Mint has been striking the national medals since the first Mint was established in Philadelphia by Act of Congress in 1792. In addition to the sale of Denver’s medal and the miniature Presidential series created by Mrs. Brooks in 1970, the Denver Mint will now be able to offer the official 3″ bronze medals of all the Presidents of the United States as well as an assortment of medals of the Secretaries of the Treasury, Directors of the Mint, and from the Army and Navy series and the miscellaneous series. Prints from steel plate portrait engravings made by the Bureau of Engraving and Printing will also be on sale.