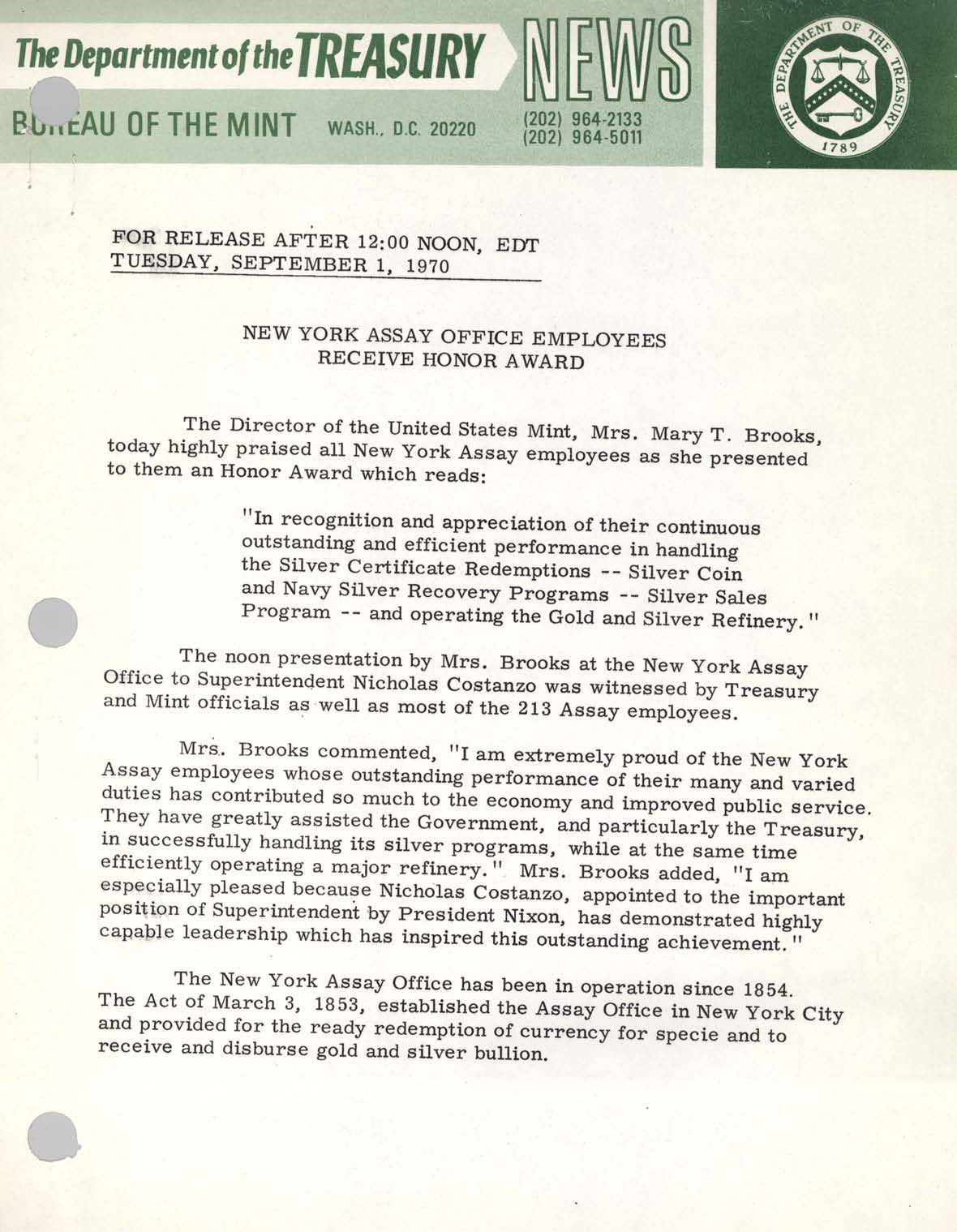 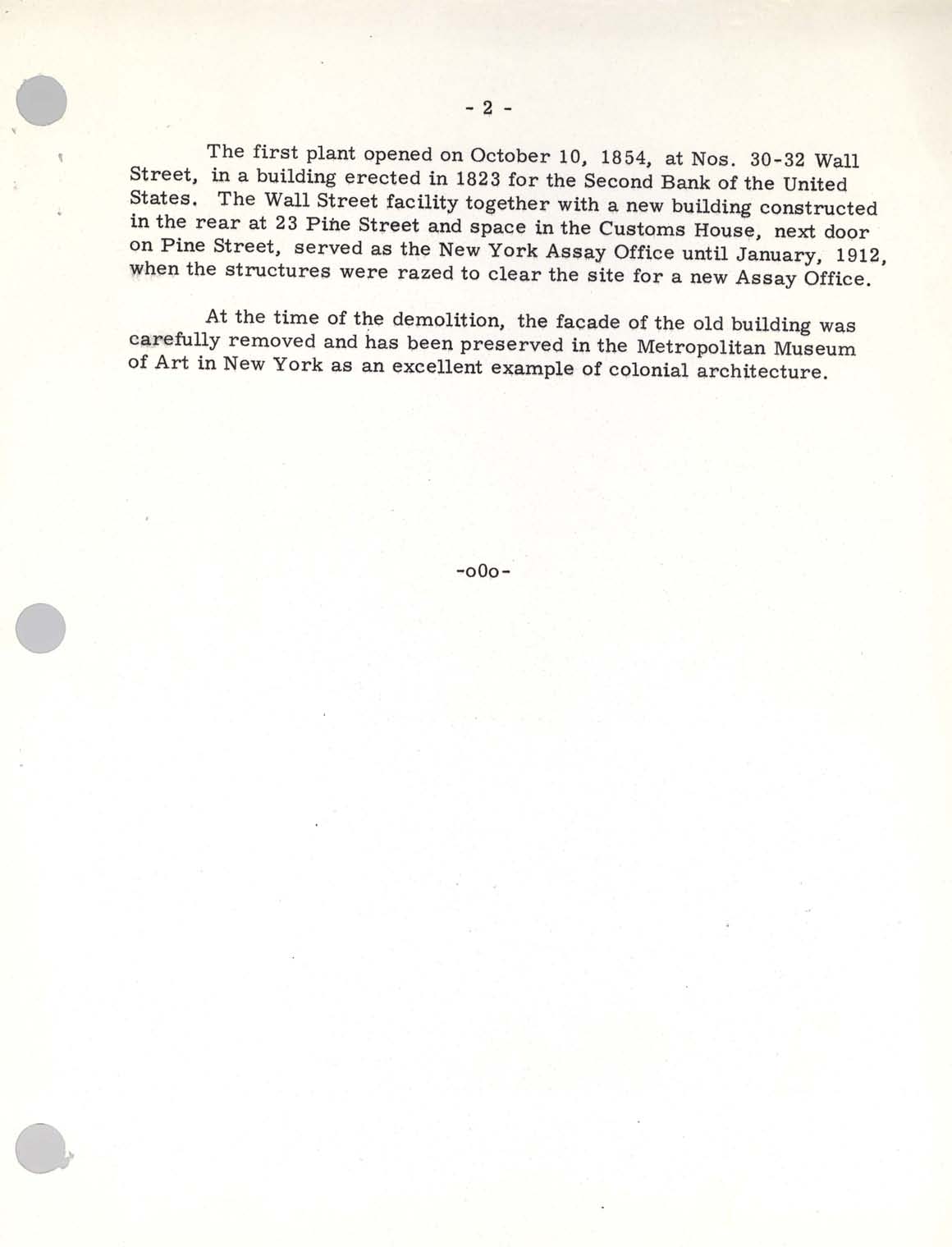 The Director of the United States Mint, Mrs. Mary T. Brooks, today highly praised all New York Assay employees as she presented to them an Honor Award which reads:

“In recognition and appreciation of their continuous outstanding and efficient performance in handling the Silver Certificate Redemptions — Silver Coin and Navy Silver Recovery Programs — Silver Sales Program — and operating the Gold and Silver Refinery.”

The noon presentation by Mrs. Brooks at the New York Assay Office to Superintendent Nicholas Costanzo was witnessed by Treasury and Mint officials as well as most of the 213 Assay employees.

Mrs. Brooks commented, “I am extremely proud of the New York Assay employees whose outstanding performance of their many and varied duties has contributed so much to the economy and improved public service. They have greatly assisted the Government, and particularly the Treasury, in successfully handling its silver programs, while at the same time efficiently operating a major refinery.” Mrs. Brooks added, “I am especially pleased because Nicholas Costanzo, appointed to the important position of Superintendent by President Nixon, has demonstrated highly capable leadership which has inspired this outstanding achievement.”

The New York Assay Office has been in operation since 1854. The Act of March 3, 1853, established the Assay Office in New York City and provided for the ready redemption of currency for specie and to receive and disburse gold and silver bullion.

The first plant opened on October 10, 1854, at Nos. 30-32 Wall Street, in a building erected in 1823 for the Second Bank of the United States. The Wall Street facility together with a new building constructed in the rear at 23 Pine Street and space in the Customs House, next door on Pine Street, served as the New York Assay Office until January, 1912, when the structures were razed to clear the site for a new Assay Office.

At the time of the demolition, the facade of the old building was carefully removed and has been preserved in the Metropolitan Museum of Art in New York as an excellent example of colonial architecture.