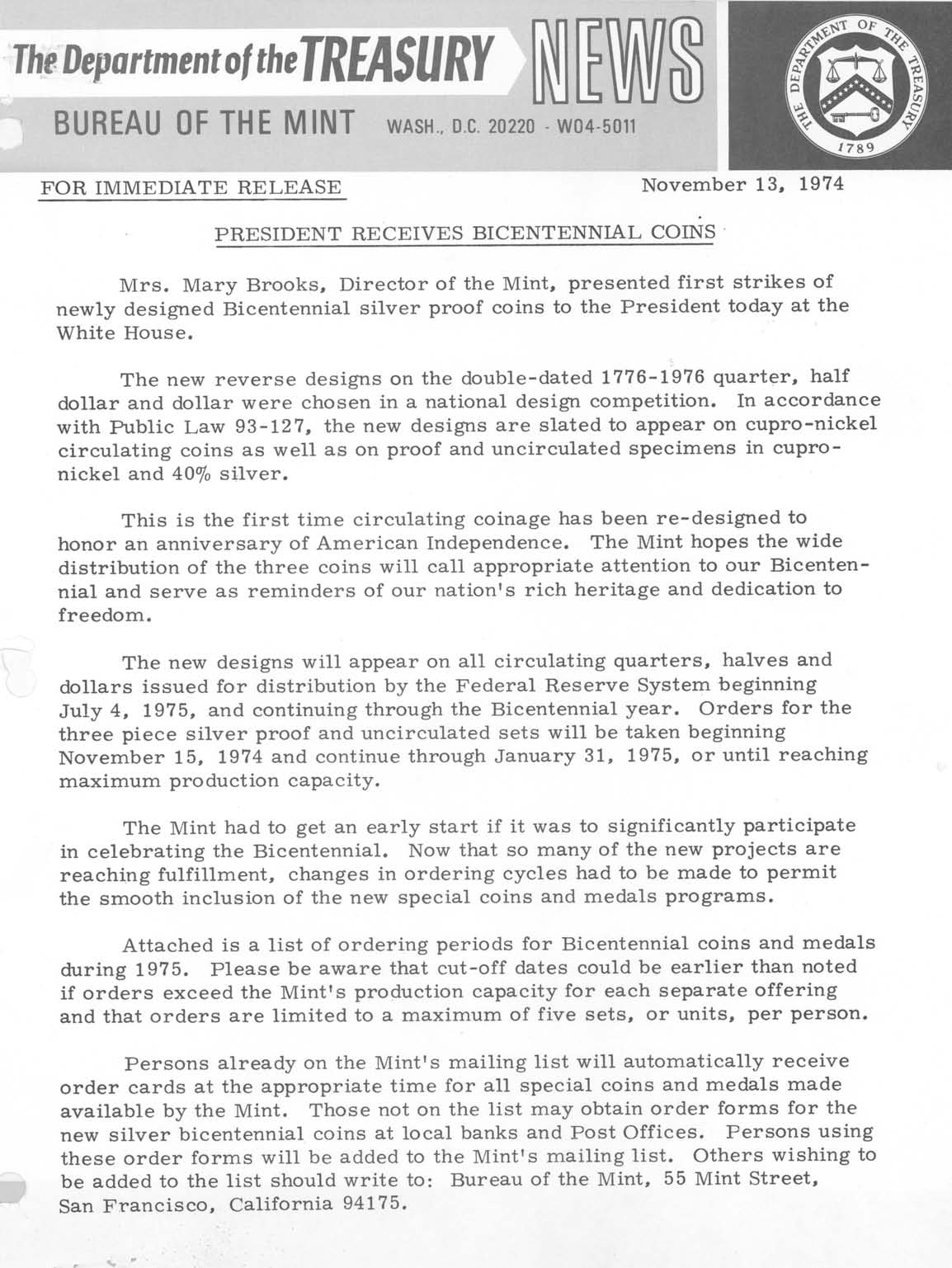 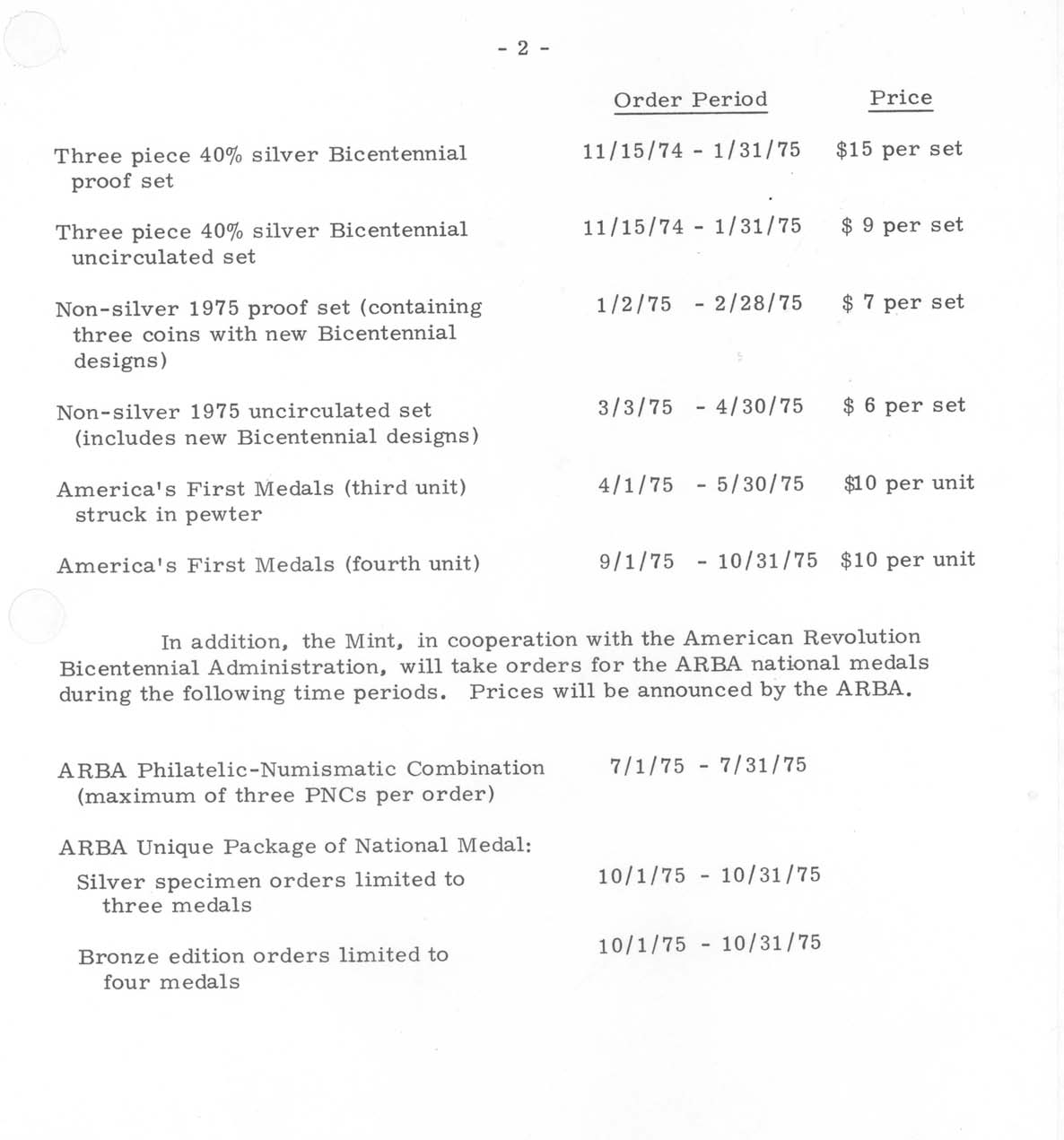 The new reverse designs on the double-dated 1776-1976 quarter, half dollar and dollar were chosen in a national design competition. In accordance with Public Law 93-127, the new designs are slated to appear on cupro-nickel circulating coins as well as on proof and uncirculated specimens in cupro-nickel and 40% silver.

This is the first time circulating coinage has been re-designed to honor an anniversary of American Independence. The Mint hopes the wide distribution of the three coins will call appropriate attention to our Bicentennial and serve as reminders of our nation’s rich heritage and dedication to freedom.

The new designs will appear on all circulating quarters, halves and dollars issued for distribution by the Federal Reserve System beginning July 4, 1975, and continuing through the Bicentennial year. Orders for the three piece silver proof and uncirculated sets will be taken beginning November 15, 1974 and continue through January 31, 1975, or until reaching maximum production capacity.

The Mint had to get an early start if it was to significantly participate in celebrating the Bicentennial. Now that so many of the new projects are reaching fulfillment, changes in ordering cycles had to be made to permit the smooth inclusion of the new special coins and medals programs.

Attached is a list of ordering periods for Bicentennial coins and medals during 1975. Please be aware that cut-off dates could be earlier than noted if orders exceed the Mint’s production capacity for each separate offering and that orders are limited to a maximum of five sets, or units, per person.

Persons already on the Mint’s mailing list will automatically receive order cards at the appropriate time for all special coins and medals made available by the Mint. Those not on the list may obtain order forms for the new silver bicentennial coins at local banks and Post Offices. Persons using these order forms will be added to the Mint’s mailing list. Others wishing to be added to the list should write to: Bureau of the Mint, 55 Mint Street, San Francisco, California 94175.

In addition, the Mint, in cooperation with the American Revolution Bicentennial Administration, will take orders for the ARBA national medals during the following time periods. Prices will be announced by the ARBA.