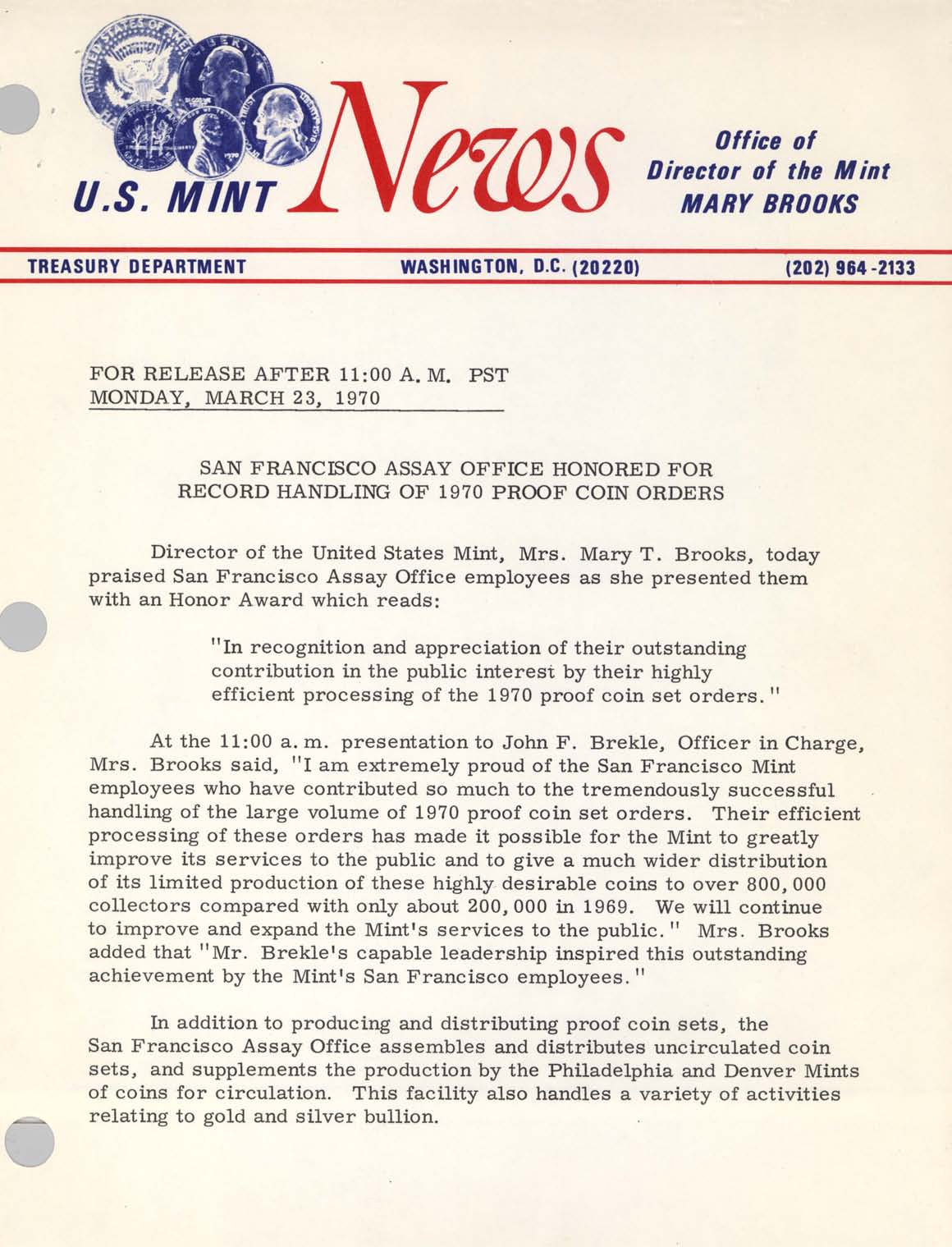 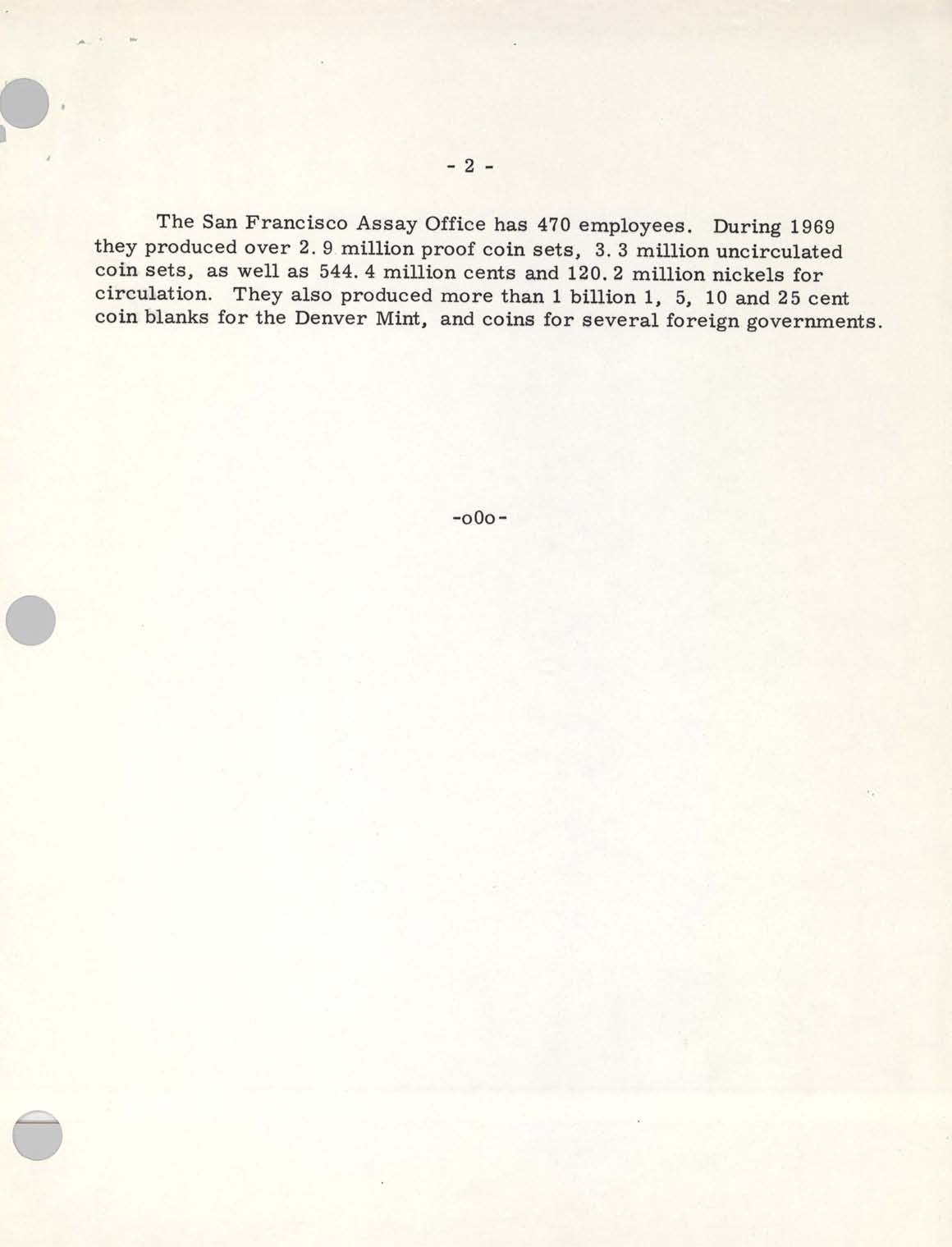 “In recognition and appreciation of their outstanding contribution in the public interest by their highly efficient processing of the 1970 proof coin set orders.”

At the 11:00 a.m. presentation to John F. Brekle, Officer in Charge, Mrs. Brooks said, “I am extremely proud of the San Francisco Mint employees who have contributed so much to the tremendously successful handling of the large volume of 1970 proof coin set orders. Their efficient processing of these orders has made it possible for the Mint to greatly improve its services to the public and to give a much wider distribution of its limited production of these highly desirable coins to over 800,000 collectors compared with only about 200,000 in 1969. We will continue to improve and expand the Mint’s services to the public.” Mrs. Brooks added that “Mr. Brekle’s capable leadership inspired this outstanding achievement by the Mint’s San Francisco employees.”

In addition to producing and distributing proof coin sets, the San Francisco Assay Office assembles and distributes uncirculated coin sets, and supplements the production by the Philadelphia and Denver Mints of coins for circulation. This facility also handles a variety of activities relating to gold and silver bullion.

The San Francisco Assay Office has 470 employees. During 1969 they produced over 2.9 million proof sets, 3.3 million uncirculated coin sets, as well as 544.4 million cents and 120.2 million nickels for circulation. They also produced more than 1 billion 1, 5, 10 and 25 cent coin blanks for the Denver Mint, and coins for several foreign governments.