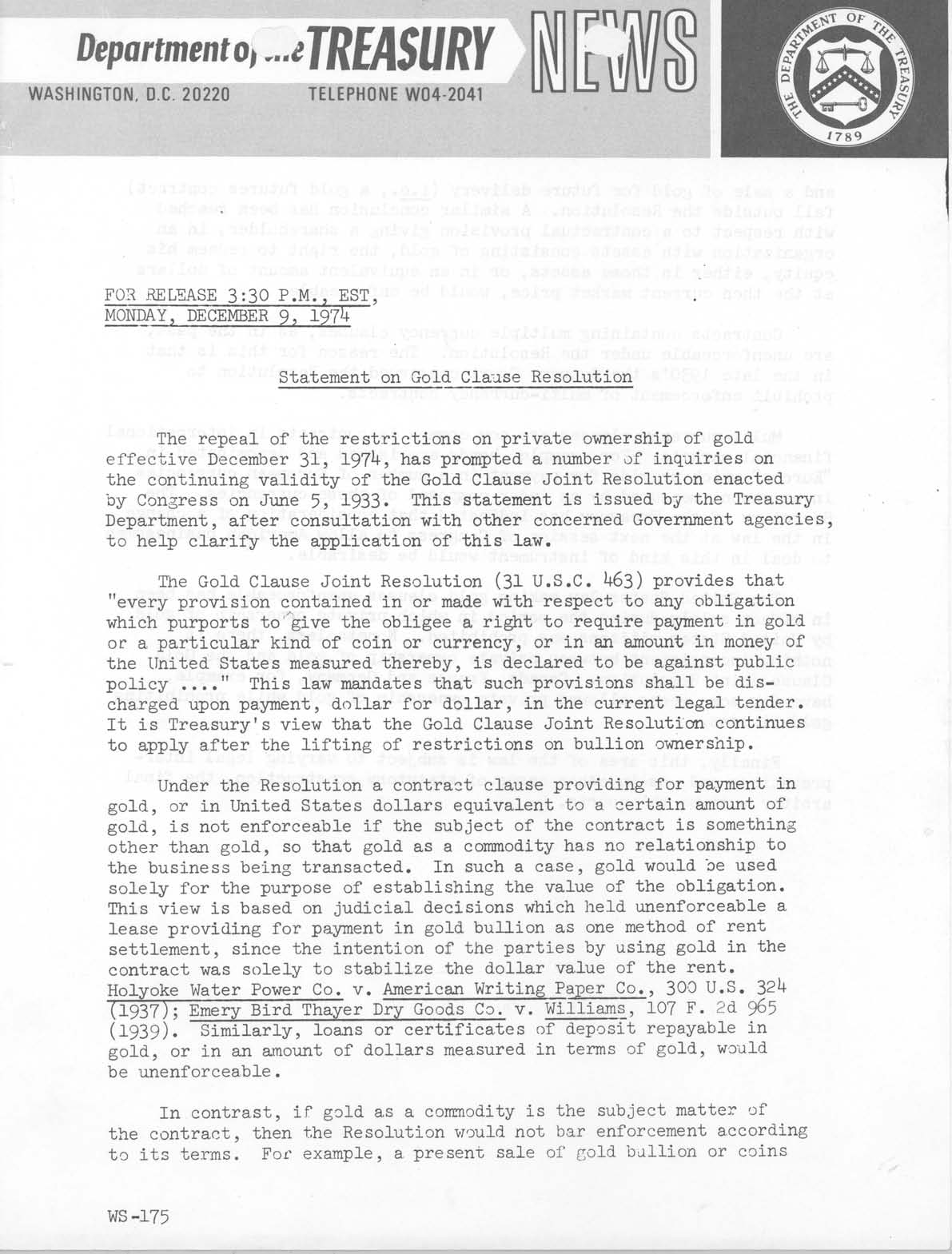 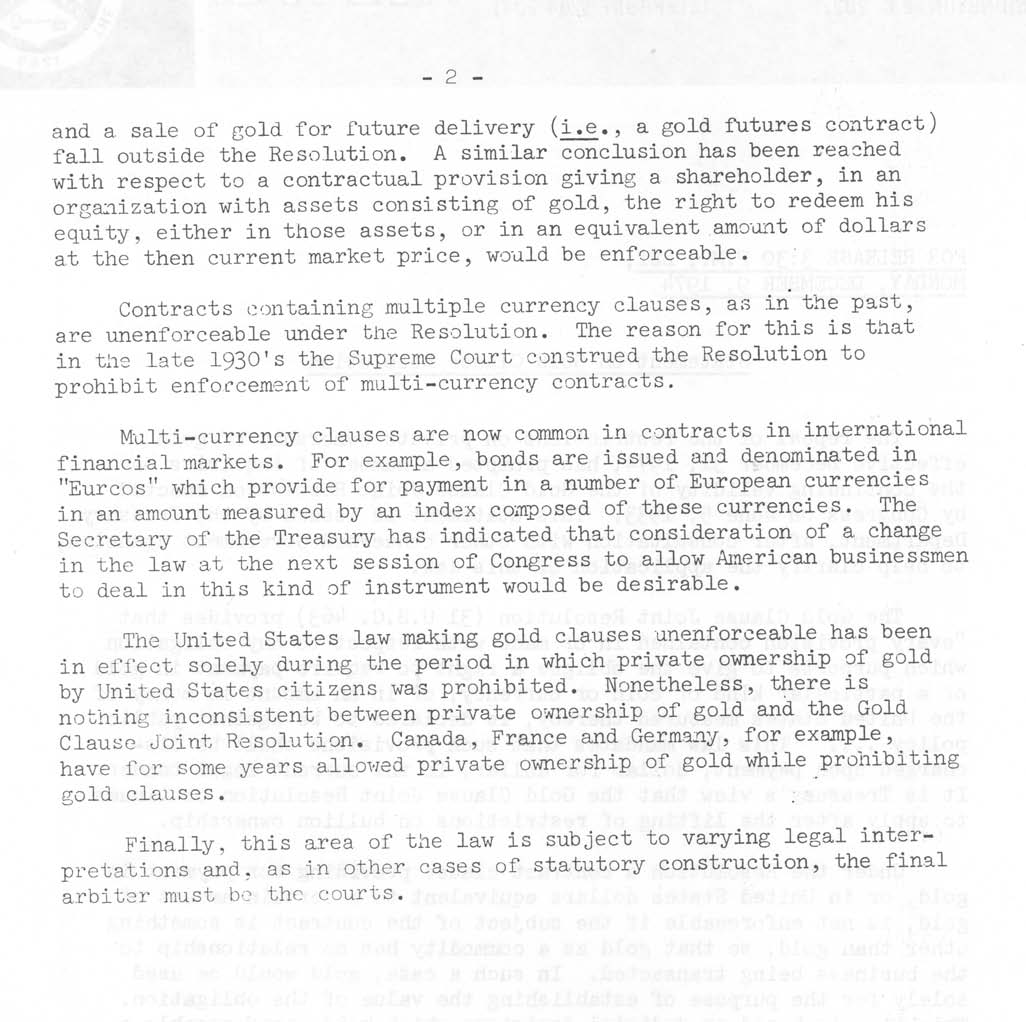 The repeal of the restrictions on private ownership of gold effective December 31, 1974, has prompted a number of inquiries on the continuing validity of the Gold Clause Joint Resolution enacted by Congress on June 5, 1933. This statement is issued by the Treasury Department, after consultation with other concerned Government agencies, to help clarify the application of this law.

The Gold Clause Joint Resolution (31 U.S.C. 463) provides that “every provision contained in or made with respect to any obligation which purports to give the obligee a right to require payment in gold or a particular kind of coin or currency, or in an amount in money of the United States measured thereby, is declared to be against public policy …” This law mandates that such provisions shall be discharged upon payment, dollar for dollar, in the current legal tender. It is Treasury’s view that the Gold Clause Joint Resolution continues to apply after the lifting of restrictions on bullion ownership.

Under the Resolution a contract clause providing for payment in gold, or in United States dollars equivalent to a certain amount of gold, is not enforceable if the subject of the contract is something other than gold, so that gold as a commodity has no relationship to the business being transacted. In such a case, gold would be used solely for the purpose of establishing the value of the obligation. This view is based on judicial decisions which held unenforceable a lease providing for payment in gold bullion as one method of rent settlement, since the intention of the parties by using gold in the contract was solely to stabilize the dollar value of the rent. Holyoke Water Power Co. v. American Writing Paper Co., 300 U.S. 324 (1937); Emery Bird Thayer Dry Goods Co. v. Williams, 107 F. 2d 965 (1939). Similarly, loans or certificates of deposit repayable in gold, or in an amount of dollars measured in terms of gold, would be unenforceable.

In contrast, if gold as a commodity is the subject matter of the contract, then the Resolution would not bar enforcement according to its terms. For example, a present sale of gold bullion or coins and a sale of gold for future delivery (i.e., a gold futures contract) fall outside the Resolution. A similar conclusion has been reached with respect to a contractual provision giving a shareholder, in an organization with assets consisting of gold, the right to redeem his equity, either in those assets, or in an equivalent amount of dollars at the then current market price, would be enforceable.

Contracts containing multiple currency clauses, as in the past, are enforceable under the Resolution. The reason for this is that in the late 1930’s the Supreme Court construed the Resolution to prohibit enforcement of multi-currency contracts.

Multi-currency clauses are now common in contracts in international financial markets. For example, bonds are issued and denominated in “Eurcos” which provide for payment in a number of European currencies in an amount measured by an index composed of these currencies. The Secretary of the Treasury has indicated that consideration of a change in the law at the next session of Congress to allow American businessmen to deal in this kind of instrument would be desirable.

Finally, this area of the law is subject to varying legal interpretations and, as in other cases of statutory construction, the final arbiter must be the courts.