Watch the video to learn about the 2020 American Innovation $1 Coin – Maryland and to revisit some of the 2019 designs.

Art brings imagination to life. Art isn’t only paintings, sculpture, and novels, but architectural drawings, prototypes, and mechanisms. Science and art intersect when an innovator transforms their idea into reality. The American Innovation™ $1 Coin Program recognizes innovations and innovators from the 50 states, District of Columbia, and U.S. territories. Art and science once again intersect to capture the beauty of these achievements and preserve their stories on coins.

New coins from 2020 represent Connecticut, Massachusetts, Maryland, and South Carolina. They depict the Gerber Variable Scale, the telephone, the Hubble Space Telescope, and Septima Clark. The common obverse depicts a fresh perspective of the Statue of Liberty in profile. It also includes a privy mark of a stylized gear. Like the 2019 privy mark of a different type of gear, it represents industry and innovation. 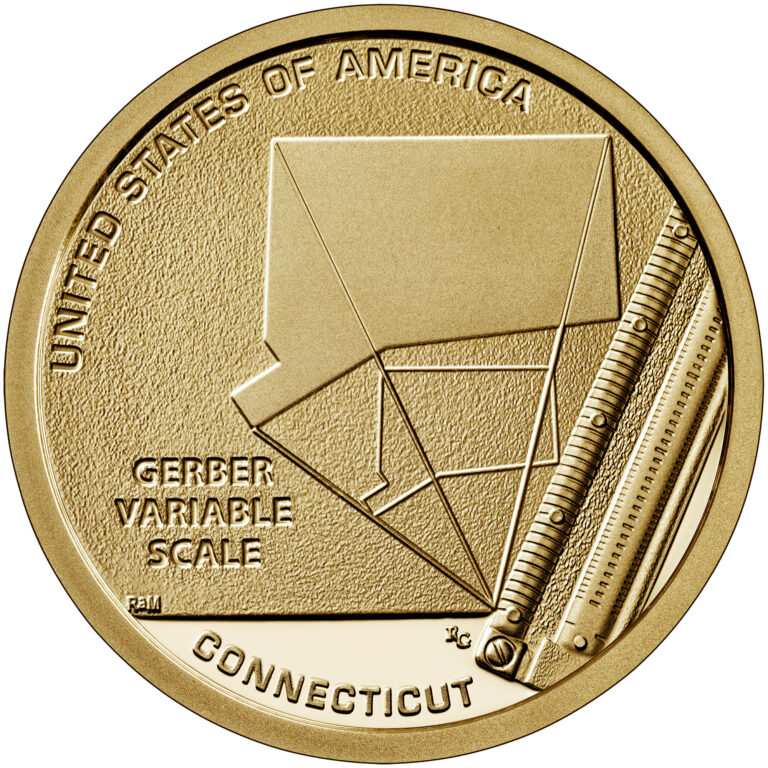 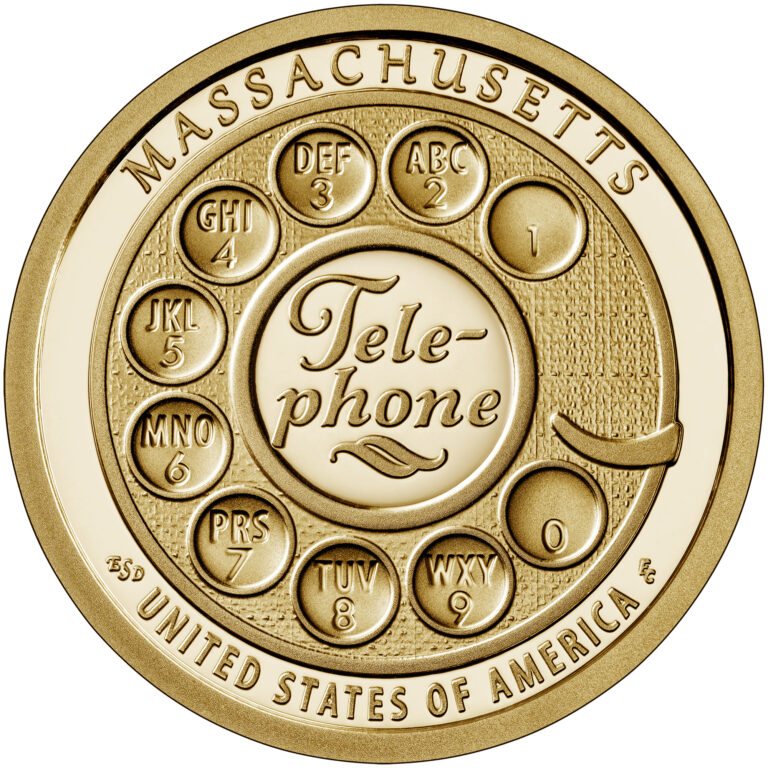 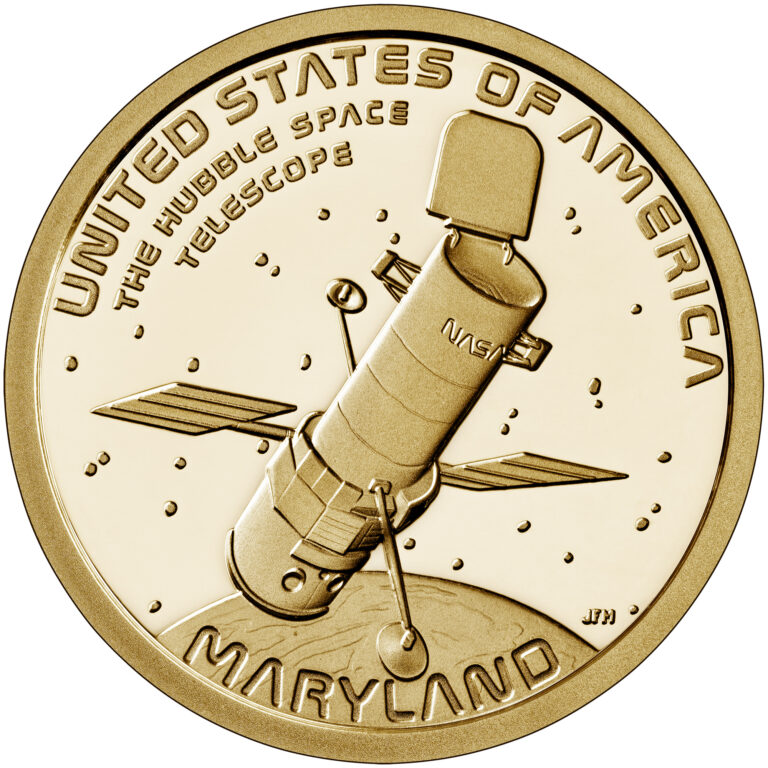 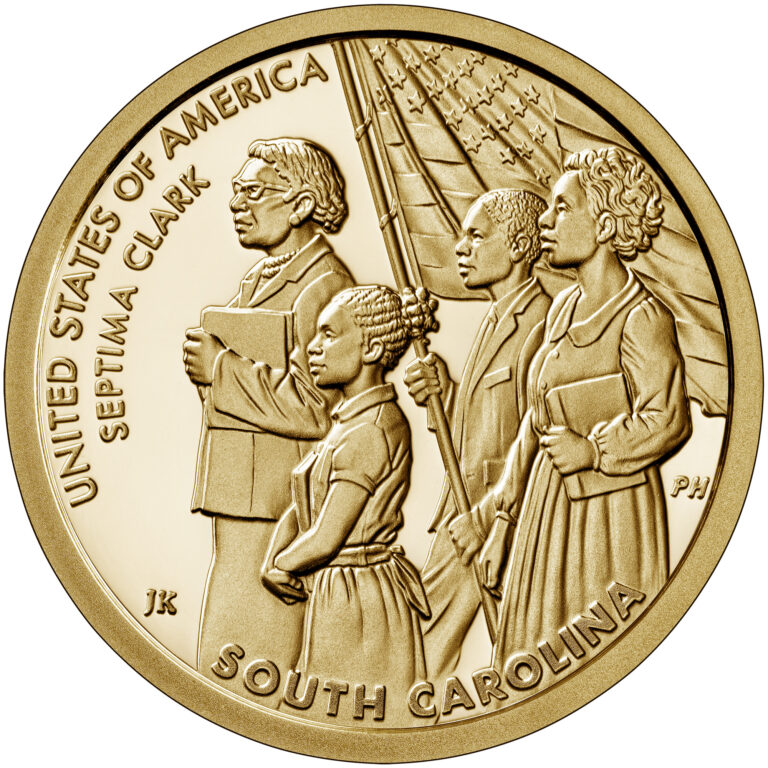 The Gerber Variable Scale is often considered the most revolutionary engineering tool since the slide rule. It was invented in 1945 by Joseph Gerber, who lived in Connecticut after escaping Nazi-controlled Austria. The scale measured and calculated distances. Engineers and architects could use the scale to represent real-world distances on drawings.

The telephone changed communication forever. Several people worked telephone technology, but Alexander Graham Bell of Boston received the first patent for it in 1876. The telephone worked by transforming sound waves into electric currents, which were transmitted through wires to a receiver. The receiver changed them back into sound for the person on the other end to hear. Wires converged at regional telephone exchanges. A switchboard operator made the circuit connection between callers.

The coin features the rotary dial of a telephone. Automated telephone exchanges grew in number throughout the early 20th century. Using a rotary dial telephone, callers dialed a number to connect with others automatically instead of going through switchboard operators. AIP artist Emily Damstra designed the coin and Mint medallic artist Eric David Custer sculpted it.

NASA’s Hubble Space Telescope launched in 1990 to give us a view of space that we’ve never had before. Teams at NASA’s Goddard Space Flight Center and the Space Telescope Science Institute–both located in Maryland–manage the telescope.

Hubble orbits outside the distortion of Earth’s atmosphere to get clear photos from across the universe in different wavelengths. It’s also like a time machine back to almost when the universe began since it takes billions of years for light from deep space to reach Hubble. In its 30 year history, Hubble allowed scientists to determine the age of our universe; understand how planets, galaxies, and black holes form; and find new planets and galaxies.

The coin features the Hubble Space Telescope orbiting above the Earth with its instruments pointed into space. Mint Chief Engraver Joseph Menna designed and sculpted the coin.

Septima Poinsette Clark was an educator and civil rights activist from Charleston who pioneered the link between education and political organizing. While teaching public school on Johns Island, she also taught reading and writing to adults so they could pass literacy tests used to disenfranchise black voters. She grew this concept into Citizenship Schools across the South, which taught literacy and citizenship rights. The schools helped establish many leaders in the civil rights movement during the 1960s.

The coin features Septima Clark with three African American students. They carry books and the American flag, representing that education and literacy among oppressed people is necessary for empowerment and enjoyment of civil rights. AIP artist Justin Kuntz designed the coin and Mint medallic artist Phebe Hemphill sculpted it.