Behind the Scenes at the Denver and San Francisco Mints

On proof coins, the edge lettering is integrated into the stamping process by using a 3-piece stamping collar with edge lettering as a part of the collar. The collar is in three sections to that it can expand when the coin is ejected. Otherwise the lettering would be torn during coin ejection. In this process the obverse, reverse and edge lettering are all formed during the striking of the coin and are therefore oriented the same from coin to coin. There is no edge lettering machine used on proof coins. 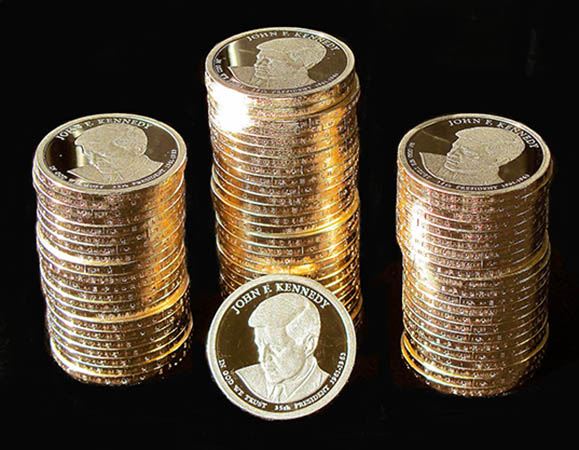 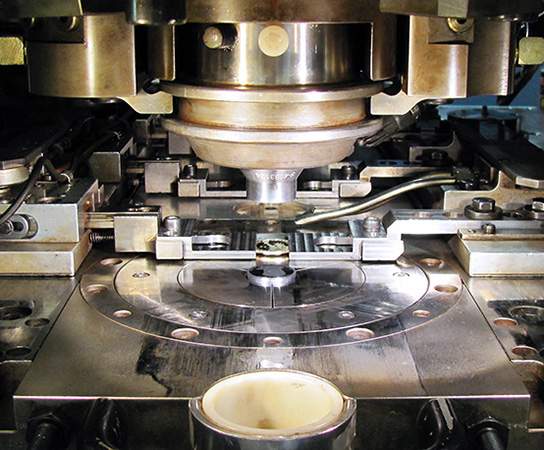