It was a beautiful sunny day for the launch of the newest America the Beautiful Quarter featuring Bombay Hook National Wildlife Refuge. The event took place on the grounds of the Bombay Hook visitor center in Smyrna, Delaware on Friday, September 18, 2015.

Bombay Hook is the first refuge to be honored in the program. Until recently, Delaware was the only state that did not have a national park.

There were more than 450 people present for the event, including several dozen schoolchildren.

Leilani Wall, a local singer and songwriter, provided entertainment before and after the event, and Smyrna High School JROTC presented of the colors and led the Pledge of Allegiance.

There was great representation from the state’s congressional leaders. Senators Tom Carper and Chris Coons entertained the audience with stories about the refuge and the quarters program, including the Delaware quarter in the 50 State Quarters Program.

Former Delaware Governor and U.S. Representative, and the sponsor of the America the Beautiful Quarters Program, Mike Castle also participated in the ceremony. He spoke passionately about the 50 State Program and the America the Beautiful program, providing some great background on how both programs were initiated and his involvement in making sure each program came to fruition.

The U.S. Fish and Wildlife Service (USFWS) also had representatives participate in the event. Al Rizzo, Coastal Delaware National Wildlife Refuge Complex Project Leader, served as the Master of Ceremonies. USFWS Deputy Director Jim Kurth spoke about how pleased they were to have USFWS be part of such a wonderful program. Gina Swoope, a USFWS employee, sang the national anthem. Oscar Reed, Bombay Hook Refuge Manager, accepted the first-day of production quarters shadowbox memento, along with Al Rizzo. USFWS also provided two AV employees from their regional office to support the technical sound needs and provisions for a live broadcast of the event.

Marc Landry, Philadelphia Plant Manager, represented the U.S. Mint at the event and delivered remarks about the program. Marc also mentioned how honored he was to be at the event, especially since the coins were being minted a mere 69 miles away at the Philadelphia Mint.

Dover Federal Credit Union exchanged $20,000 of the Bombay quarters after the event. Folks waiting in the bank line were treated to an appearance by the National Wildlife Refuge System’s mascot, “Puddles” the blue goose and bottles of water provided by the Friends of Bombay.

The evening before the event, in the Bombay Hook Visitor Center, Marc Landry led a coin forum for a standing room only crowd of 73 people. Attendees included locals of all ages, plus the usual coin collectors from afar. A special presentation about the refuge birds was given by a U.S. Fish and Wildlife employee. The group was treated to refreshments and blue goose cookies, provided by the Friends of Bombay. 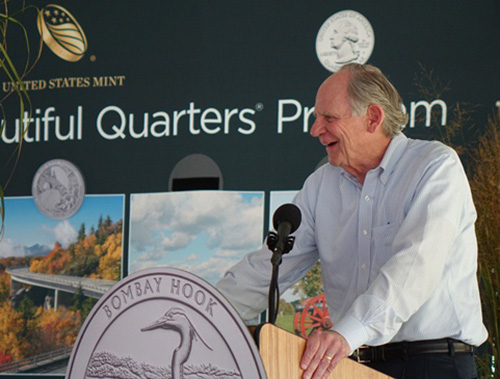 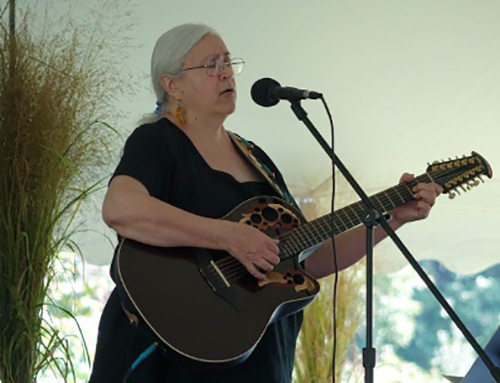 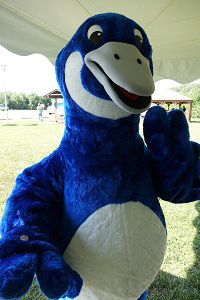 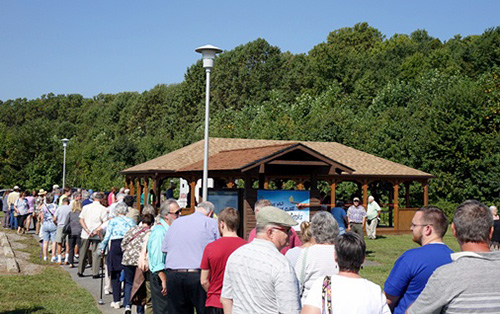 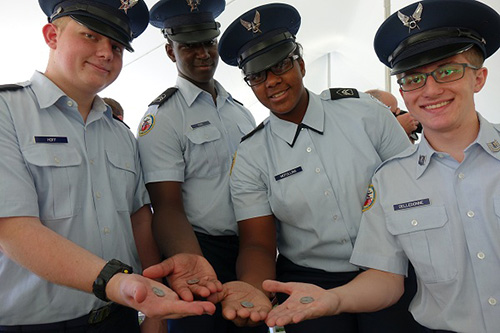