Inside the Denver Mint: The First Coining Press 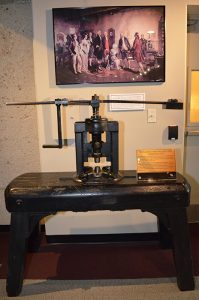 Inside the Denver Mint, there are many artifacts from the United States Mint’s 225-year history. One of the things you might find is a replica of the first coining press from 1792.

For the first 40 years at the Mint (located in Philadelphia), coins were laboriously struck on screw presses solely by the strong arms of the coiners. Working 15-16 hours a day, six days a week, they were able to produce only one million coins in the first three years.

Adam Eckfeldt, who was hired to build machinery for the Mint, built a coining press that allowed more coins to be made with less effort. This coining press was used to produce trial coins in 1792 and many of the half-cents and cents of 1793. Larger presses were soon built (four were in use by 1795), so it is probable that this small screw press was retired after striking less than 300,000 coins. 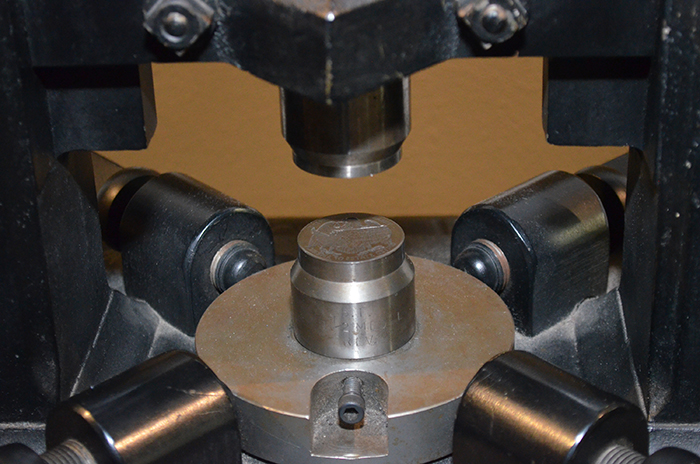 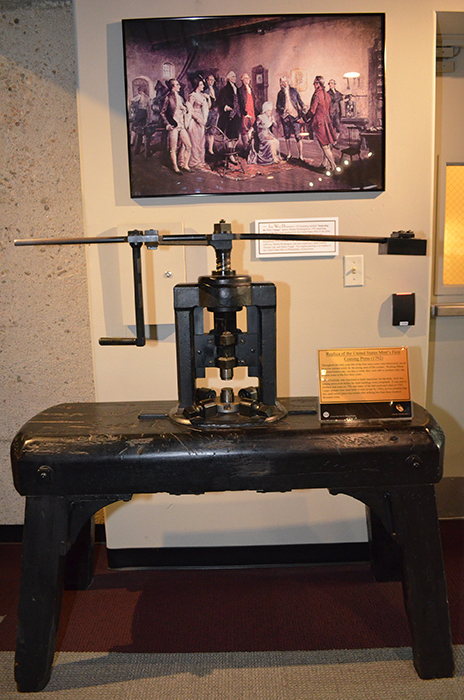 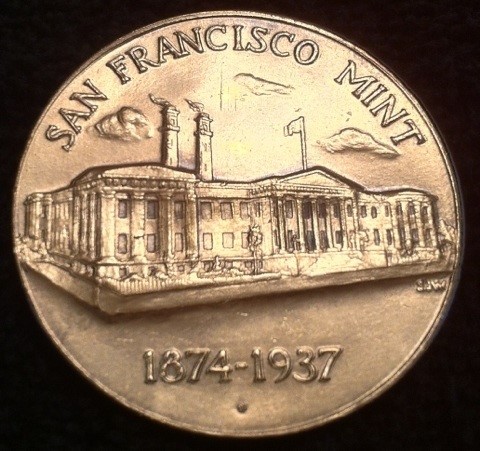 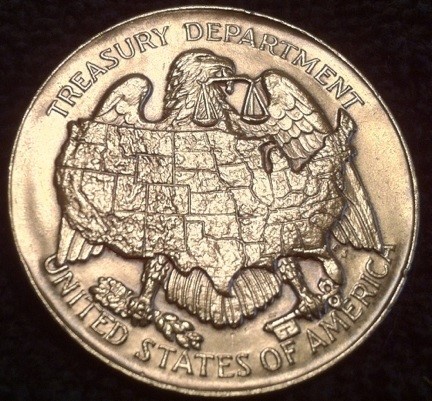